Activist who was recently imprisoned for Russian group's World Cup protest in July "lost his vision, speech and ability to walk" 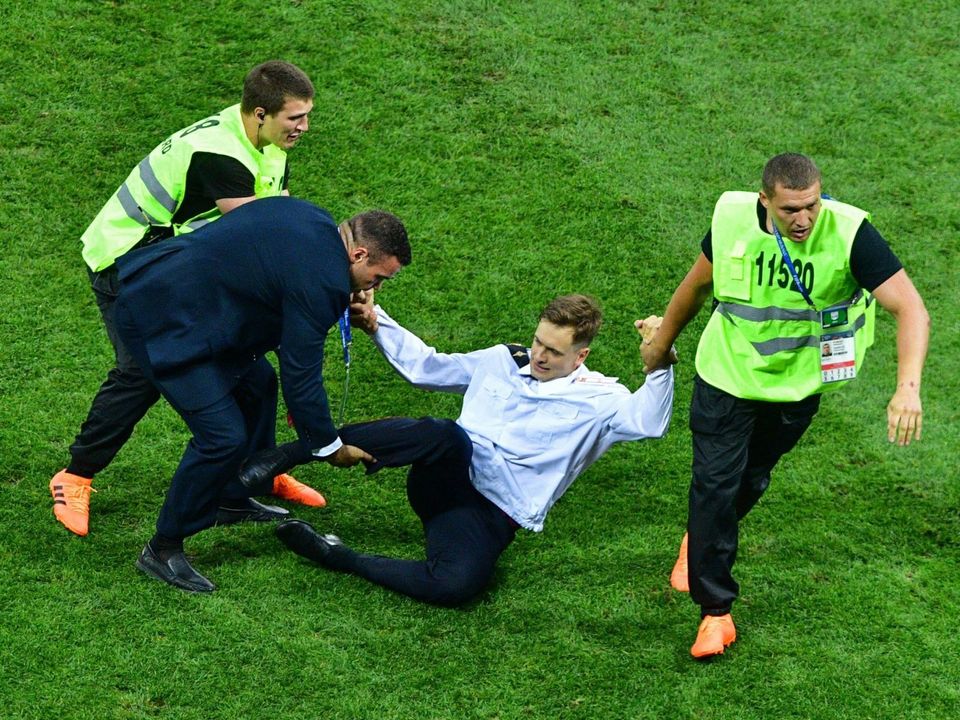 Pyotr Verzilov, an anti-Kremlin activist and prominent supporter of the Russian artist collective Pussy Riot, who participated in their World Cup protest in July, has been hospitalised with suspected poisoning, the Meduza news site reports.

According to Veronika Nikulshina, a member of Pussy Riot who is believed to be Verzilov’s girlfriend, he began to feel ill on Tuesday (11 September) after a court hearing over a traffic violation charge against her. Verzilov had also been detained briefly by police on 9 September, but he was not charged and the reason for his arrest are unclear. Speaking to Meduza, Nikulshina said that on Tuesday evening he could not see and that over a two hour period his condition deteriorated. He lost “his vision, then his ability to speak, then his ability to walk in a straight line,” she said.

Verzilov was taken by ambulance to a Moscow hospital and, after beginning to have convulsions, was transferred to the toxicology unit, Nikulshina told Meduza. Doctors say he may have been poisoned by anticholinergic medication, which affects the nervous system, family members have reported.

A naturalised Canadian citizen, Verzilov was previously in a relationship with Nadezhda Tolokonnikova, the lead member of Pussy Riot’s 2012 “punk prayer” against Vladimir Putin at Moscow’s Christ the Savior Cathedral, for which she spent nearly two years in prison. Together with fellow Pussy Riot member Maria Alyokhina, they founded Media Zona, a news site that tracks court trials and violations of prisoners’ rights. On Wednesday, Tolokonnikova posted on Facebook: “My brother Petya is in intensive care, possibly poisoned.”

On 15 July, Verzilov dressed as a policeman and ran with other Pussy Riot members onto the field at Moscow’s Luzhniki Stadium, briefly interrupting the Fifa World Cup final, which was attended by Putin and broadcast around the world. The group served 15-day prison sentences.

Several of Putin opponents have fallen ill or died after poisoning. Reports of Verzilov’s hospitalisation coincided with Putin’s announcement that the men named by British authorities as suspects in the nerve agent poisoning of former Russian spy Sergei Skripal and his daughter are civilians, not military intelligence agents, as international media been reported. On Thursday, Aleksandr Petrov and Ruslan Boshirov gave an on-camera interview to Margarita Simonyan, the editor-in-chief of the Kremlin-funded RT television channel, saying that they had simply been in Salisbury to see the sights and had nothing to do with the poisoning.