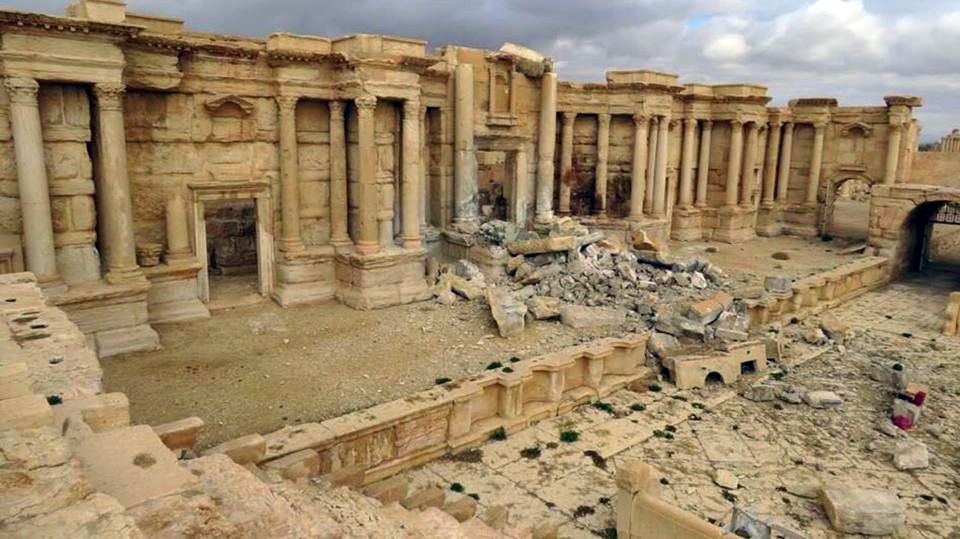 Early images of damage caused by Isil at Palmyra's Roman theatre after the city was retaken by Syrian and Russian forces in March 2017 Syrian Ministry of Culture, Directorate-General of Antiquities and Museums

The destruction of Syria’s heritage over the past eight years is the subject of a significant show due to open at the Museum of Islamic Art (MIA) in Doha later this year. The exhibition, entitled Syria Matters (opens 23 November), aims to explore the country’s centuries-old “extraordinary cultural heritage” against the backdrop of the raging conflict that has seen the destruction of six Unesco world heritage sites under President Bashar al-Assad.

Since civil war broke out in Syria in 2011, much of the country’s cultural heritage has come under attack. Julia Gonnella, the director of the Museum of Islamic Art, says in a statement: “This once proud and splendid country has been largely destroyed and great parts of its population have left in one of the biggest refugee migrations of recent history. The exhibition aims to draw attention to the amazing cultural heritage of the country, and at the same time is a plea to safeguard this endangered legacy.”

Early Qurans, medieval manuscripts, ceramics and tiles drawn from MIA’s collection will go on show alongside loans from the Louvre in Paris and the Museum of Ancient Near Eastern Art in Berlin. Objects featured include a ninth-century BC bird of prey, sculpted in basalt, from the archaeological site of Tell Halaf in Northern Syria. "They [the museum curators] have made the notable decision of featuring the pre-Islamic art of Syria along with the Islamic period," says Colin Renfrew of Cambridge University’s McDonald Institute for Archaeological Research. 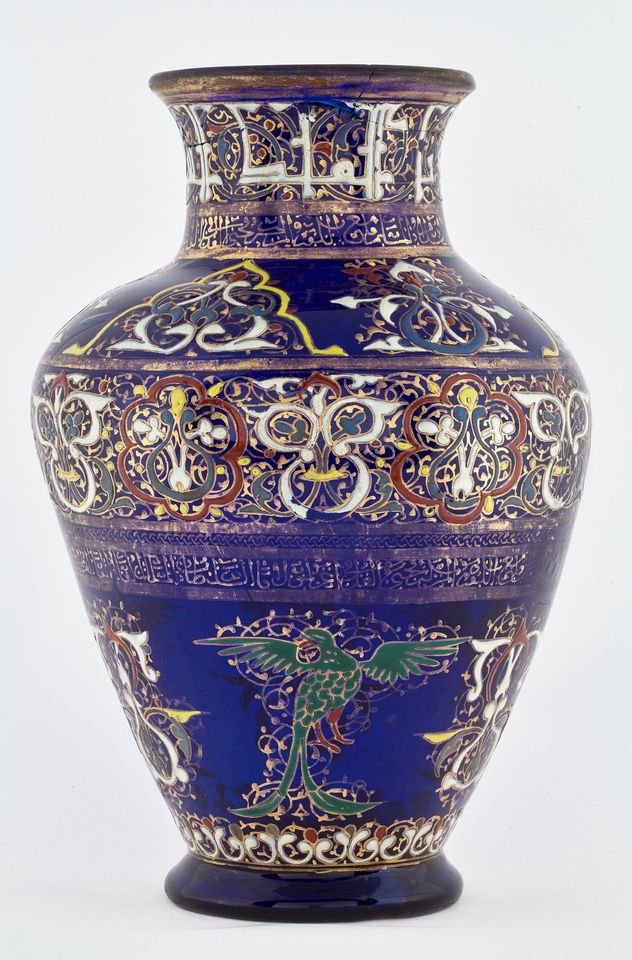 A Cavour vase that will go on show as part of the MIA exhibition Museum of Islamic Art, Doha

The civil war, which has claimed the lives of more than 400,000 people, has taken its toll on Syria’s six Unesco sites. These include the ancient southern city of Bosra which encompasses a second-century Roman amphitheatre. Another ravaged landmark is the Citadel of Aleppo, a fortified medieval castle which, according to the Association for the Protection of Syrian Archaeology, became a military camp for Al-Assad’s army.

The citadel has been shelled continually, and an explosion damaged part of the site in July 2015. The exhibition presents “a specially-designed immersive experience of several key sites such as the Umayyad Mosque of Damascus and the Citadel of Aleppo”, a statement says.

The ancient city of Palmyra will also be a focus of the show. The militant Islamist group Isil first took Palmyra, located around 130 miles northeast of Damascus, in May 2015. They destroyed a number of important monuments, including the Triumphal Arch and the temples of Baal Shamin and Bel. The site was recaptured by Syrian government forces, with Russian help, in March 2016, then seized again by Isil the following December. The Syrian army retook the Unesco world heritage site in March last year.

Other Doha institutions also turn the spotlight on Syria. Rem Koolhaas-designed Qatar National Library, which opened earlier this month, will launch the exhibition Syria and the French Mandate Period. Meanwhile, Mathaf: Arab Museum of Modern Art will present a solo exhibition by the Lebanese artist Mounira Al Solh showing works made in collaboration with Syrian refugees. Both shows will coincide with the Syria Matters exhibition at MIA, which marks the tenth anniversary of the Doha museum.