Structural engineers and architects were among those restoring the room-sized cast at the National Gallery of Art in Washington, DC

The recent conservation of Rachel Whiteread’s large-scale work Ghost (1990) was one of the most complex treatments ever undertaken by the National Gallery of Art in Washington, DC. The project to restore and stabilise the 9ft-tall by 11.5ft-wide plaster installation involved nearly every division in the Washington DC-based museum, says Molly Donovan, the co-curator of its 30-year survey of the UK artist’s work (until 13 January 2019). “It was a remarkable collaborative effort involving administrators, structural engineers, architects, art handlers, conservators and all sorts of problem-solvers,” she says. “Incredibly creative problem-solving skills were in sharp relief.” 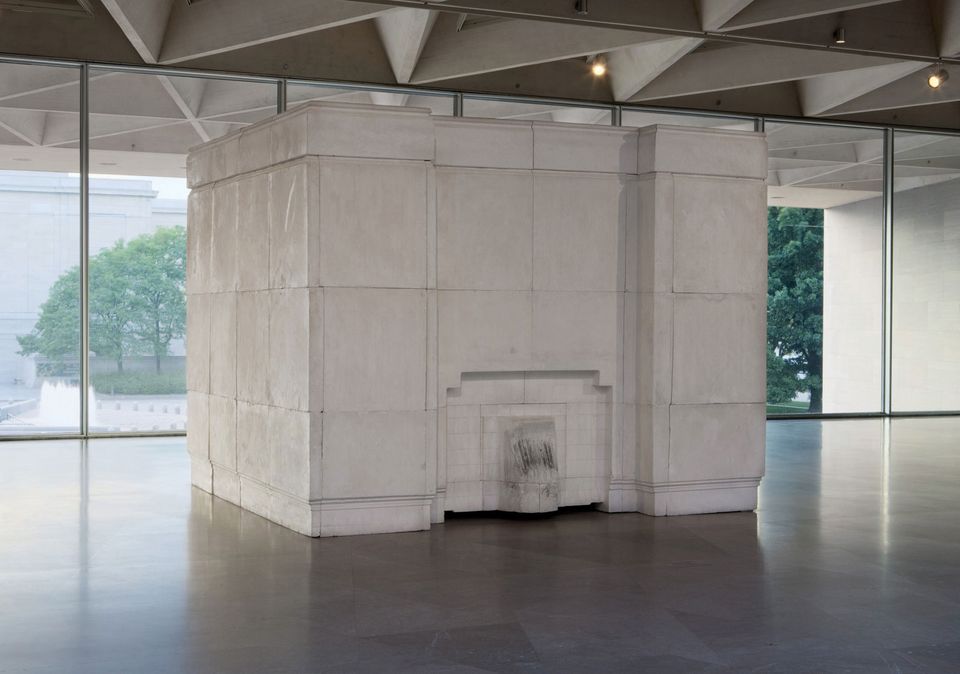 Ghost, a life-sized cast of the sitting room of a vacant Victorian home in north London, is widely considered to be Whiteread’s breakthrough work. It was her first room-sized cast, made when she was just 27, and led to the creation of an even more ambitious work, her Turner Prize-winning House (1993). Ghost was on view for nine years until it was taken down in 2013 before the renovation of the museum’s East Wing building. It was only in January 2016, when a trial reinstallation was attempted, that staff realised that Ghost needed treatment. “We discovered that one of the foundation panels was cracked when we were unpacking the crates,” says the senior objects conservator Judy Ozone. “They’re made of plaster of Paris, so any small crack travels because there is nothing to stop it.”

Ozone and her team examined each of Ghost’s 86 panels, researched various materials, created test panels and discussed treatment options with Whiteread. The team decided to apply a layer of Jesmonite—a water-based adhesive that she had used in other works—to the back of the original panels to strengthen them. But doing this meant losing Whiteread’s original markings. Ozone found a creative way to reintroduce the artist’s handwriting by asking Whiteread to write out a series of numbers and letters so vinyl versions could be printed and attached to the panels. They also created a “shadow” aluminium armature to complement the existing armature, which is made of standard shelving brackets, using a “Lego-like” framing system called 80/20. Unlike Whiteread, who screwed the plaster panels directly into the armature, Ozone devised a hanging system that avoided screwing anything into the plaster.

Whiteread never thought Ghost would last as long as it has, Donovan says. “It was done in a very experimental way. It’s a testament to how it was made that the piece hasn’t needed treatment until now,” she says. Ozone agrees: “We have all come away with a tremendous amount of respect for her working method, attention to detail and knowledge of materials.”

While Ozone had hoped to streamline the process of installing and deinstalling Ghost, the treatment only managed to shave four days off the process, which ended up taking two weeks. Donovan is more philosophical about the time needed to install Ghost. “Some works go up on a nail on the wall, while others take two weeks. Whiteread’s work addresses time, so the fact that time is built into the piece itself is appropriate,” she says.