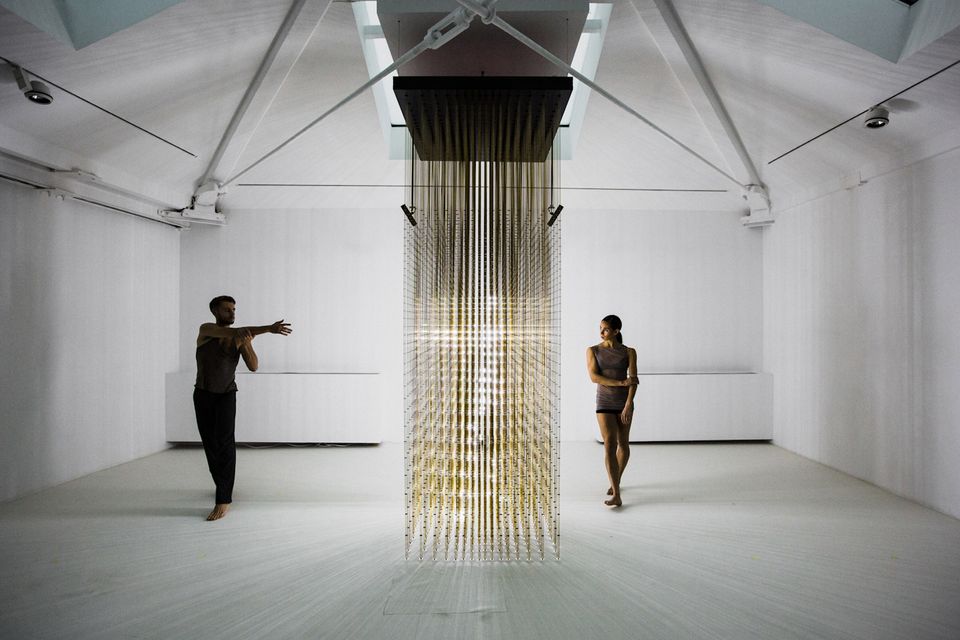 Art Night, a free contemporary art festival, rolls out across London on 7 July with more than 50 projects taking place around the capital, including the launch of a permanent outdoor commission in the Albert Embankment Plaza by Random International. The London-based collaborative studio, who are part of the high-tech Future\Pace stable, is known for the Rain Room installation which has been acquired by Sharjah Art Foundation.

“Self and Other (for the Albert Embankment) is Random International’s first permanent, public, outdoor work in the UK. This responsive sculpture translates the onlooker’s full-length, moving reflection into light, captured within large layers of glass,” a project statement says. Performances by Studio Wayne McGregor will “activate” the piece on Art Night.

For its third edition, Art Night will take place between 6pm and 6am along a trail running from the Hayward Gallery on the South Bank through Vauxhall and Nine Elms. Ralph Rugoff, the director of the Hayward, has organised 12 artist projects on show along the art route.

These include a commission by the UK artist Suzanne Treister who will cover hoardings at Battersea Power Station in an 80-metre long mural combining watercolours from her SURVIVOR (F) project (2016-ongoing) with images of the power station’s chimneys. The Turkish artist Halil Altindere throws the spotlight on the first Syrian astronaut in space, Muhammed Ahmed Faris, in a multi-media installation at the British Interplanetary Society (Space Refugee, 2016-18).

Meanwhile, Prem Sahib will show a sculpture in Vauxhall Park called 500 sq ft (2018) which alludes to the average size of newly built apartments in South London. The work is a co-commission between Art Night and the Contemporary Art Society (CAS). Two other works by Sahib—Do you care? We do (2017; Twelve lockers from Chariots Shoreditch (1997-2016) and Helix (series)—have been donated to Tate by CAS. Caroline Douglas, the director of CAS, says “we are very pleased to enable this first museum acquisition in the UK, which will bring [Sahib’s] work to a far wider audience.”

Other Art Night events include a screening of Charade at BFI Southbank, a video by the UK artist David Birkin filmed in collaboration with the human rights organisation Reprieve. Actors Benedict Cumberbatch and Charlotte Gainsbourg feature in the film which focuses on the activity of MI5 operatives.

Meanwhile, an evening of video screenings at Battersea Power Station's Village Hall, organised by David Roberts Art Foundation (DRAF), will present works by artists such as Cyprien Gaillard and David Shrigley. As part of a participatory event, Ben Judd will build five reusable domes in the rooftop gardens of Doddington Estate in Battersea.

Art Night was conceived and is organised by UNLTD London which is described as “a collective of young cultural entrepreneurs from all around Europe” (Ksenia Zemtsova and Philippine Nguyen have driven the initiative). Phillips auction house sponsors the event; Art Fund and Arts Council England also support Art Night.