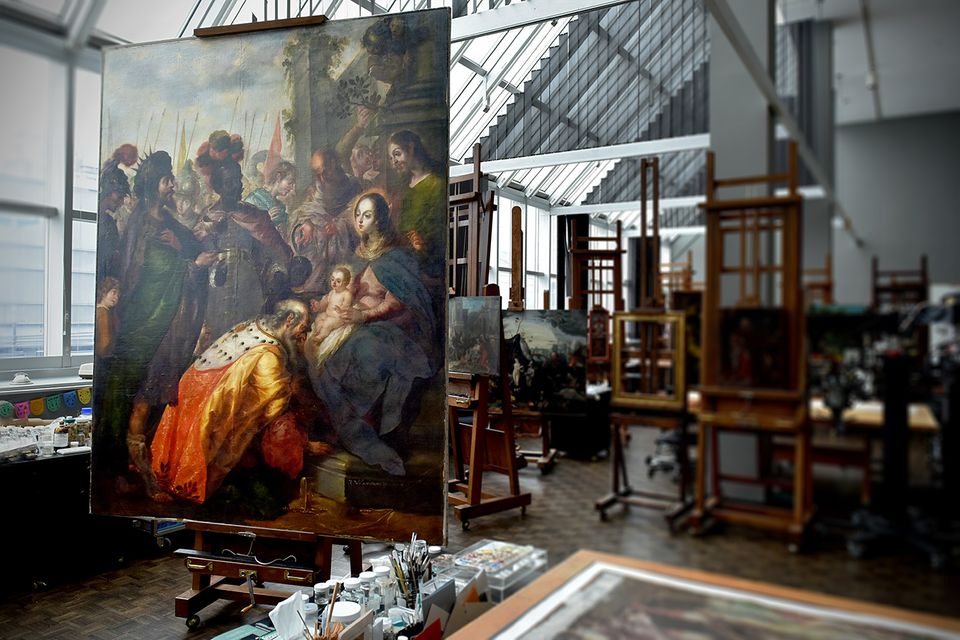 When art history professor Barbara Mundy walked into Fordham University’s office of the president back in 2000, she says she “almost hit the floor” upon seeing an unrecognised painting by the 17th-century Mexican painter Cristóbal de Villalpando (around 1649-1714) hanging on the wall. Many of the artist’s pictures remain in Mexico and so finding Villalpando’s Adoration of the Magi (1683) in the Bronx came as a shock. Now, the public has a chance to marvel at the “discovered rediscovered” and recently conserved painting in an exhibition formed of 11 pictures by the artist at the Metropolitan Museum of Art in New York (until 15 October).

Mundy, who specialises in the arts of Pre-Columbian America, 16th-century Mexico and Latin America, came across a 1940 inventory of the university’s holdings that mentioned the large-scale painting by Villalpando, who was one of the pre-eminent artists of 17th-century viceregal Mexico. “It seemed unlikely that anyone could lose a six-and-a-half-foot-tall painting so I began to ask around,” she says. It was only when she mentioned that the composition depicted the Epiphany that she was directed to the president’s office.

Mundy suspects that it has probably been in the president’s office since 1940 and may have been brought to the US in the 1860s or 1870s when the Catholic Church was divesting its properties. “Also, the Baroque style was unpopular in Mexico in the 19th century,” she adds. Ronda Kasl, the Met’s Latin American art curator who co-organised the show, says the discovery is particularly exciting because it was made the same year he created his 28ft-tall work, Moses and the Serpent and the Transfiguration ofJesus, for Puebla Cathedral, which is also in the show. “Although Villalpando had been active in Puebla in the 1670s, this was his real breakout moment,” Kasl says, adding that the death in 1682 of the painter Baltasar de Echave Rioja, with whom Villalpando is believed to have worked, may have resulted in Villalpando receiving such major commissions. Mundy says: “Fordham doesn’t have a large collection of paintings so it’s extraordinary that one of this [calibre] is in its collection.”

“The treatment revealed the vigour of his painting practice”

Dorothy Mahon, the conservator from the Met who worked on picture, is pleasantly surprised at how well the piece has fared over the years. She describes the condition of the “original” picture as “fantastic”, making a distinction between the fundamental condition of Villalpando’s original work and later interventions such as varnishes or areas of repainting which have discoloured. 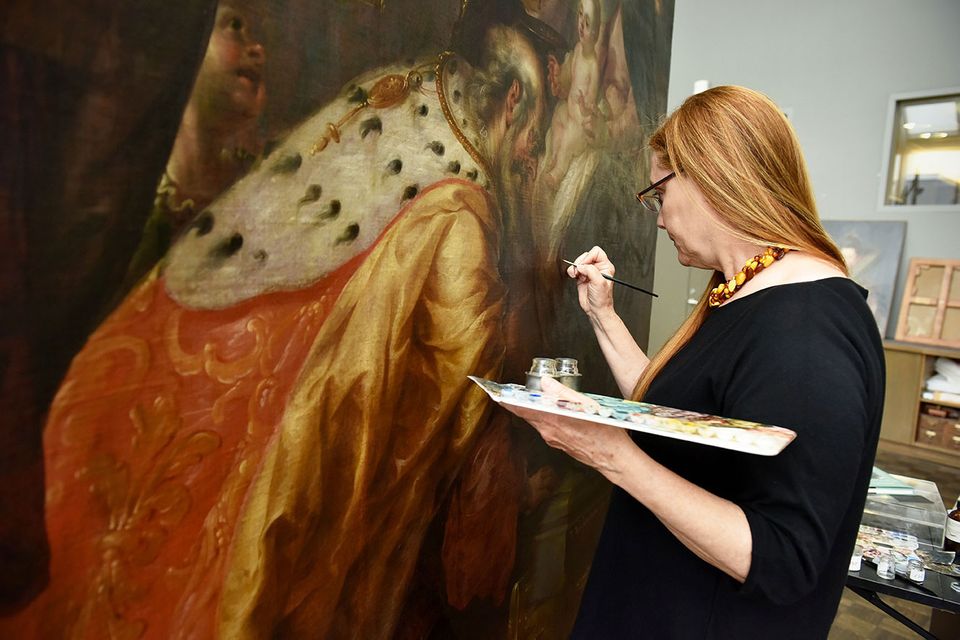 Villalpando’s use of a quality canvas, his expertise in stitching two canvases together to create a larger picture and his skilful ground preparation all contributed to the painting’s overall health, Mahon says, along with the fact that it does not appear to have previously undergone a major intervention aside from two earlier cleanings some time during its 334-year history. Mahon removed the organic glue, which had degraded, from the 19th-century lining. Although it is normal to reline a painting once you have removed the lining, Mahon says it almost did not need to be relined so she opted for a strip lining.

She also removed old varnish and corrected discoloured patches and filled losses. “Villalpando’s fluid, almost molten brushwork had been obscured by grime and overpaint,” Kasl says. “The treatment revealed the vigour of his painting practice. He is an artist who works very directly and the cleaning highlights this.”

• Cristóbal de Villalpando: Mexican Painter of the Baroque, until 15 October