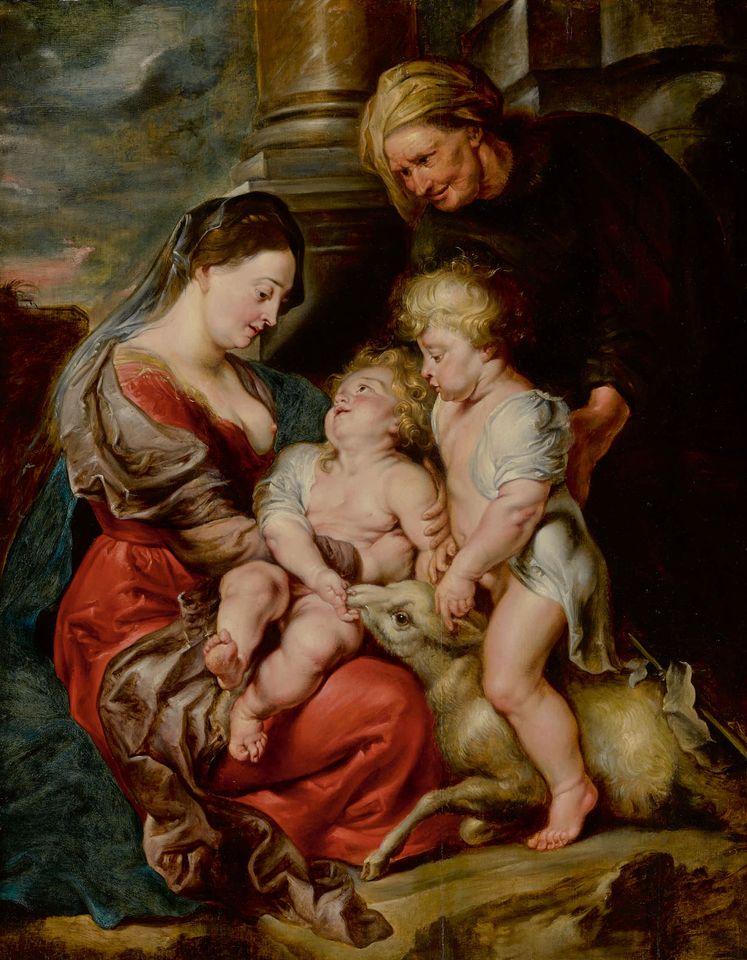 The Virgin and Christ Child, With Saints Elizabeth and John the Baptist by Peter Paul Rubens has not been seen in public since 1951 Image: courtesy of Sotheby’s

“I’ve always thought the best source of paintings is France and Park Avenue,” says Otto Naumann, the former Manhattan dealer, who since July last year has been the senior vice president of Old Master paintings at Sotheby’s in New York.

It certainly looks that way. Following the record auction prices of €24.1m and €4.8m given last month in France for paintings by Cimabue and Artemisia Gentileschi, Sotheby’s has announced a rediscovered Rubens, found in a local New York collection, as one of the star lots of its evening Old Masters sale on 29 January.

The four foot-high panel painting, The Virgin and Christ Child, With Saints Elizabeth and John the Baptist, showing the Holy Family in an evening landscape, has been owned by the same low-key Manhattan family for over 60 years and had not been seen in public since 1951. The composition had previously been best known from a canvas in the Thyssen-Bornemisza Collection in Madrid, catalogued as an “autograph replica,” from around 1618.

Naumann, after consulting specialist Rubens scholars, has concluded that the rediscovered panel is the autograph original, painted between 1611 and 1614, not long after the Antwerp-based artist returned from his transformative period in Italy from 1600 to 1608.

“He’s determined to impress. It’s got raw energy to it. He’s working with a very loaded brush to make everything very three-dimensional,” added Naumann, enthusing about this latest early 1600s discovery. But the less flamboyant, more overtly religious subject matter of the painting has tempered expectations and the auction house has estimated it to sell for between $6m and $8m.

Sotheby’s—and another American private seller—have higher hopes for Giovanni Battista Tiepolo’s imposing altarpiece Madonna of the Rosary with Angels, which set a record auction price of $2.1m for the admired 18th century Venetian artist back in 1989. 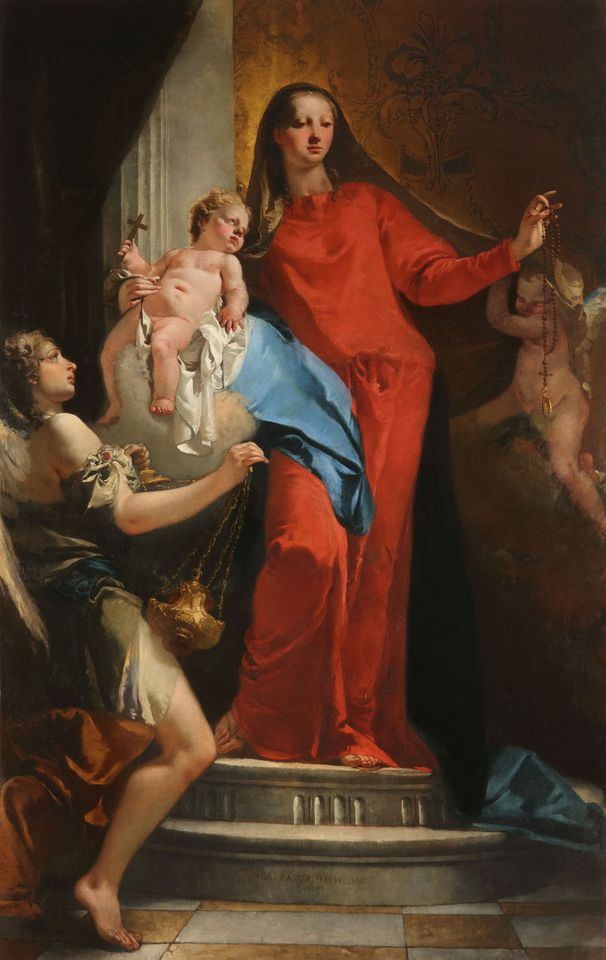 Giovanni Battista Tiepolo’s Madonna of the Rosary with Angels set a record of $2.1m in 1989 Image: courtesy of Sotheby's

The eight-foot-high canvas, signed and dated 1735, has plenty of decorative appeal, a statuesque Mary shown standing on a pedestal in a flame red gown flanked by a trio of angels. As with the Rubens, it is not known for whom the work was painted.

Large scale paintings by G.B. Tiepolo are virtually unknown on the open market, which has encouraged Sotheby’s to guarantee the seller a minimum price of at least $15m, almost three times the current auction high for the artist. At the moment Sotheby’s is backing the guarantee, but before the sale, a third-party irrevocable bidder may take over the risk.

The presence of these big-ticket lots in New York in January contrasts with the thinner pickings at London’s latest round of Old Masters auctions in December. With a Brexit-dominated general election looming, no seller has been prepared to enter a painting valued at more than $5m at either Sotheby’s or Christie’s.