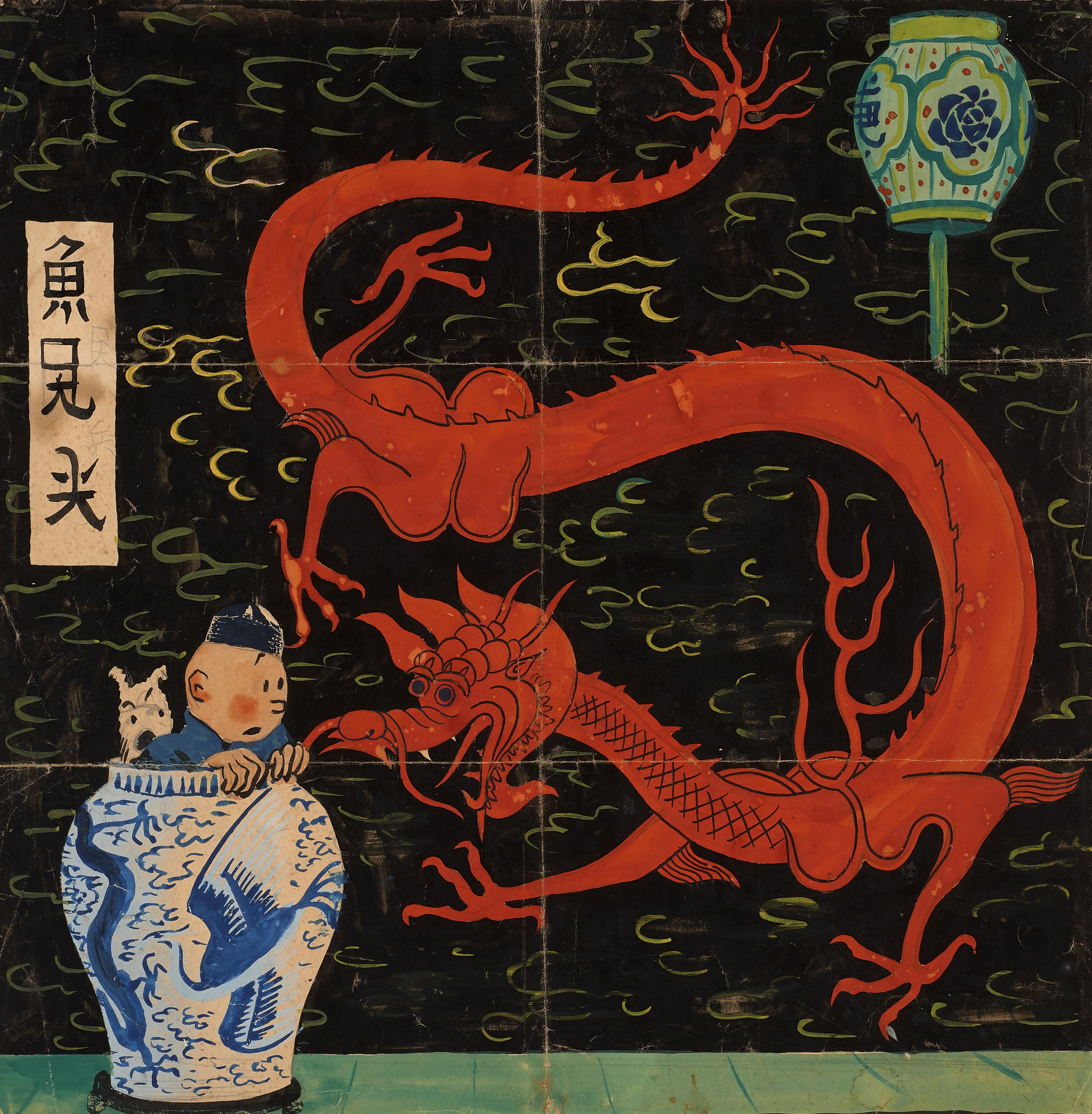 A rejected Tintin cover sold for €3.2m ($3.8m) at auction yesterday (with buyer’s premium), setting a world record for a comic book work of art (est €2.2m-€2.8m). The 1936 watercolour and gouache painting, which shows the boy detective Tintin and his dog Snowy hiding in a porcelain jar, was sold online by the Parisian auction house Artcurial.

The item, designed by the Belgian illustrator Hergé (born Georges Remi), was intended as a front cover for The Blue Lotus volume dating from 1936, which tells of Tintin’s travels in China during the Japanese invasion of 1931.

The sophisticated image was too costly for publisher Louis Casterman to produce in the 1930s. "Casterman turned it down because it was too expensive to print in four-colour at the time," says Eric Leroy, a comic book specialist at Artcurial. Hergé is said to have then given the piece to Casterman’s seven-year-old son Jean-Paul who folded the work and kept it in a drawer (crease marks are visible through the work). 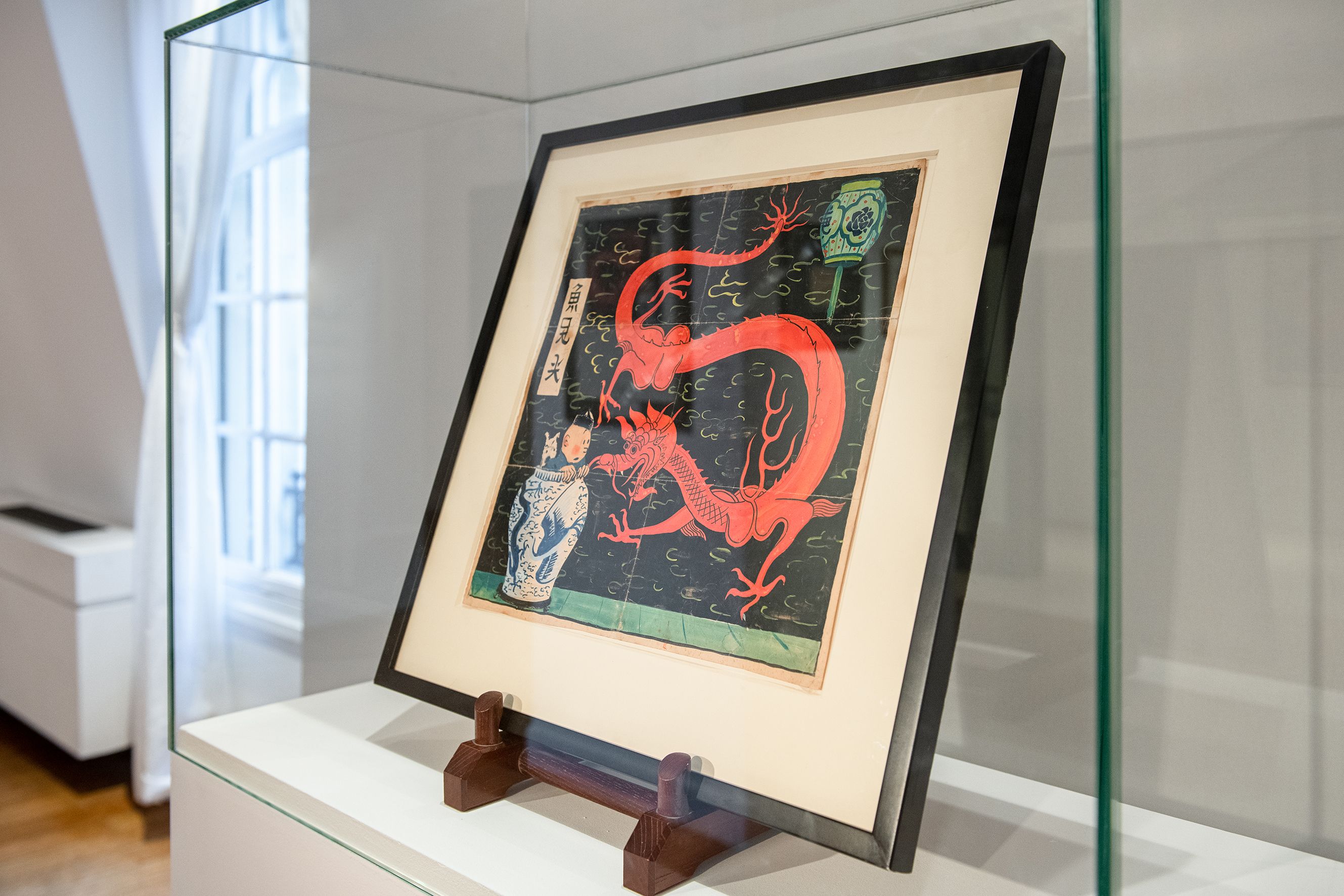 The heirs of Jean-Paul Casterman consigned the painting, which was bought by a private collector following a battle between three underbidders on the phone. “Like all markets, it’s a question of supply and demand and there is practically no supply,” the Tintin expert Michael Farr told Agence-France Presse.

But Nick Rodwell, the head of Moulinsart—the organisation that runs Hergé’s estate—has criticised the sale (Rodwell is married to Fanny Vlamynck, Hergé’s widow). He told Le Monde last year: “I do not believe in this story of a gift offered by Hergé to a child [Jean-Paul Casterman]... The place for this drawing is at the Hergé Museum [in Louvain-la-Neuve]. It is a [part of] Belgian heritage that risks going abroad and may never be seen again.”

Leroy tells The Art Newspaper: “The ownership of the work cannot be questioned. The sellers, as heirs of Jean-Paul Casterman, are indeed the real owners of the work. The Hergé Museum could have been an appropriate place indeed [along with] other major collections or art museums. This cover is so beautiful and precious that it is a real little painting on its own, and we are happy it is joining a private collection.”

Artcurial also held the previous record for the sale of comic book art which was set by another Hergé work in 2014, when a page of drawings depicting Tintin fetched €2.5m (with buyer’s premium). Yesterday a near mint copy of Batman #1 from 1940 sold at Heritage Auctions in Dallas for $2.2m including buyer’s premium, setting a world record for a comic book based on the character.