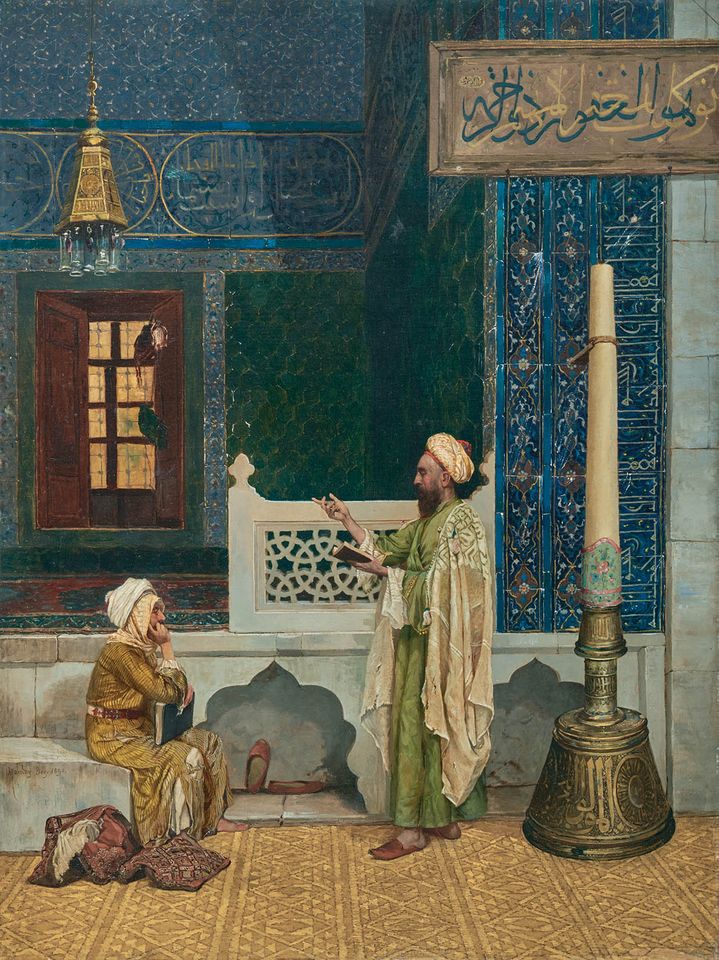 This week has seen one of the busiest London Islamic seasons to date with twelve auctions, with traditional divisions overlapping and with renewed demand for the sometimes culturally sensitive area of Orientalist paintings.

In contrast, the top lot in Sotheby’s 22 October Orientalist sale of 36 paintings from the well-known Najd collection—and the most expensive work of the week—was by the only non-European painter in the group, Osman Hamdi Bey. The Turkish-born artist’s Koranic Instruction sold within estimate for £4.6m (with fees)—the day before, at Dorotheum in Vienna, another painting by Bey, a 1881 depiction of a Turkish woman, sold for €1.7m (with fees). Also from the Najd collection was Jean-Léon Gérôme’s Riders Crossing the Desert which sold for a record £3.1m (with fees) and auction records were also set for seven other Orientalists including Gustav Bauernfeind—Market in Jaffa sold for £3.7m (with fees). 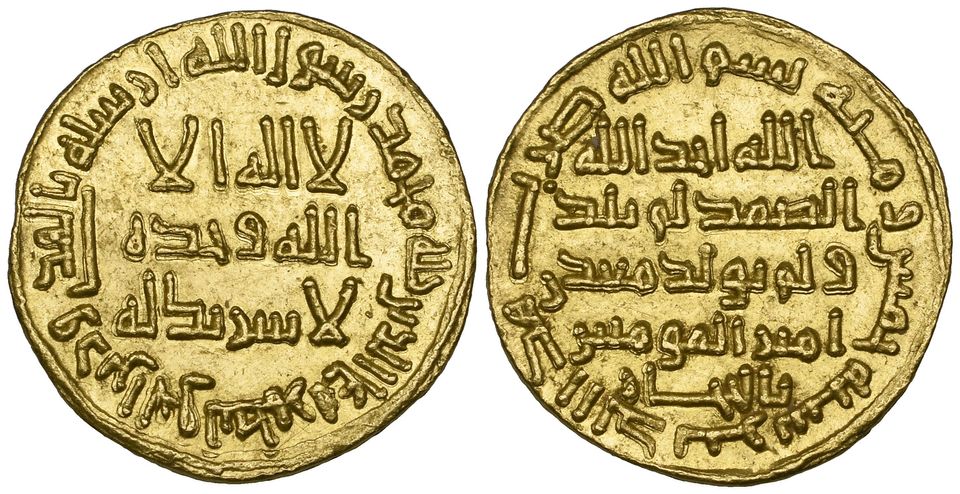 Also sold for £3.7m (with fees) was a rare 8th century Umayyad gold dinar, which went to an anonymous telephone bidder at the coin specialists Morton & Eden’s sale yesterday, 24 October—a joint auction record for an Islamic coin and for a coin sold at auction in Europe.

For Islamic art, the highest price of the week was at Christie’s yesterday for a large Kufic Qur’an section sold for £851,250 (with fees). Christie’s also controversially sold two 15th century Timurid illustrated folios, which went for £791,250 and £851,250 (both with fees) against estimates of £700,000-£1m. Though bidding on the two folios was undoubtedly dampened by scholarly disapproval and reluctance to condone the practice of separating leaves from their parent manuscript, both sold to the same telephone buyer.

Meanwhile during Sotheby’s sale of the Shakerine collection of calligraphy in Qur’ans and other manuscripts, a monumental Safavid Qur’an went for £735,000 (with fees). As ever, the vast majority of high-flying items had solid provenance. A large Kufic Qur'an section sold for £851,250 Courtesy of Christie's

Alongside Sotheby’s, Christie’s and Bonhams’ long-established Islamic sales, three smaller London salerooms—Bloomsbury, Chiswick and Roseberys—now vie for the lower end of the market left vacant by Christie’s South Kensington’s closure in April 2017. Despite rising sales, Alice Bailey, the head of department at Roseberys, says the market “remains volatile”. Where the background influence of Christie’s King Street reassured buyers at Christie’s South Kensington, Bailey suggests that buyers now wait to see confidence in the higher end of the market, before investing in the lower end. This makes for tricky sale scheduling in a crowded week, and not all can win.

Nevertheless, overall sales maintain an upward trend and though the lower end of the market has still not quite found its feet, London’s Islamic week continues to flourish.