Researchers have found two anomalies in Egypt's Valley of the Kings 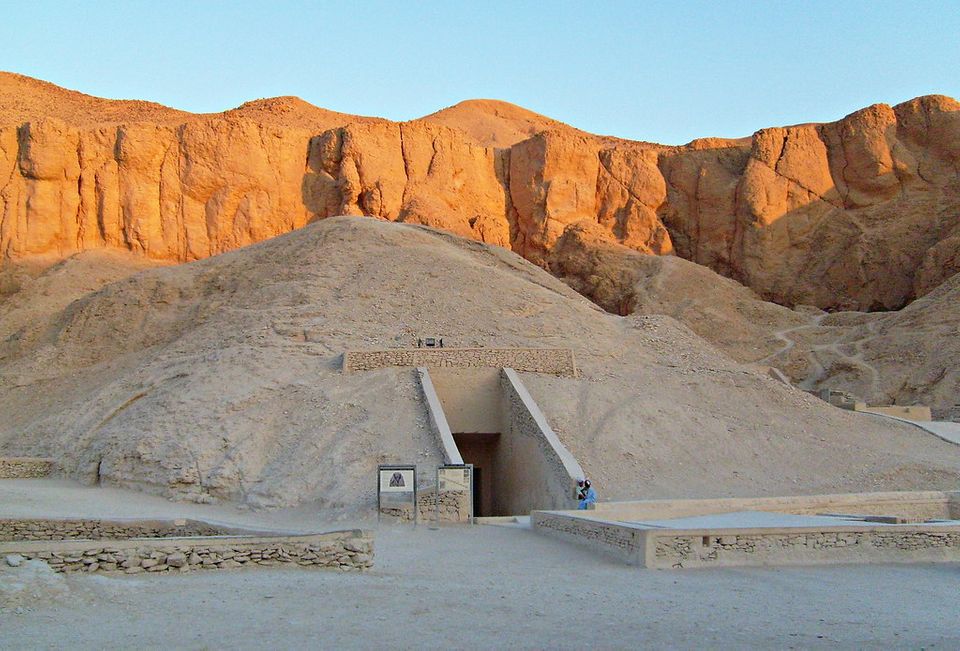 The tomb of Ramses the fourth is nearby in the Valley of the Kings in Luxor, Egypt Photo: zolakoma

Italian researchers have discovered two anomalies below the surface of the Valley of the Kings that could represent ancient undiscovered chambers metres away from Tutankhamun’s tomb.

Led by Francesco Porcelli of the Polytechnic University of Turin, Italy, the team of researchers undertook a geophysical survey, a scientific exploration method that allows researchers to peer beneath the ground–to reveal the two subterranean anomalies. The anomalies are not connected to Tutankhamun’s tomb, Porcelli and his colleagues write in the Journal of Cultural Heritage, but they “are particularly interesting in that they do not appear to be correlated with known underground cavities”.

Their results suggest that the first anomaly, if indeed man-made rather than natural, could represent a void that possibly dates to the era of ancient Egypt; its depth and location suggest that it is unlikely to have been created by more recent human activity. The anomaly is about 12 metres from Tutankhamun’s burial chamber, on roughly the same north-south alignment, but located higher than its ceiling. It may even be of similar size to Tutankhamun’s tomb.

The second anomaly, also a potential void, is an “elongated ellipsoid” in shape, located close to an area of previous archaeological excavation, meaning that if it is man-made, it may not be ancient. This is located between the hills of the Valley and the entrance to Tutankhamun’s tomb.

“The valley has not been completely excavated,” says Chris Naunton, an Egyptologist and author of Searching for the Lost Tombs of Egypt, “even in the area around the tomb of Tutankhamun, which we know was in use around the late 18th Dynasty" (1549-1298 BC).

Egyptologists have yet to discover where the remains of some of the boy king’s 18th Dynasty family members now rest, including those of Queen Nefertiti, Naunton adds. “If that tomb is to be found anywhere in the valley, one might look for spots which the ancients were using at around that time, and the area around Tutankhamun’s tomb fits that bill”, although other possibilities exist too, he says.

Sixty-four tombs have so far been identified in the Valley of the Kings, but not all are the grand burials of pharaohs; some are small–sometimes only a single chamber with a shaft—and undecorated. Such burials were gifted to favoured courtiers or royal family members, or used to store embalming materials. Some tombs contained mummified animals, perhaps royal pets.

Further analysis of the anomalies is needed to better understand them, Porcelli and his colleagues write. “There will be no shortage of wow factor should anything be found,” says Naunton.