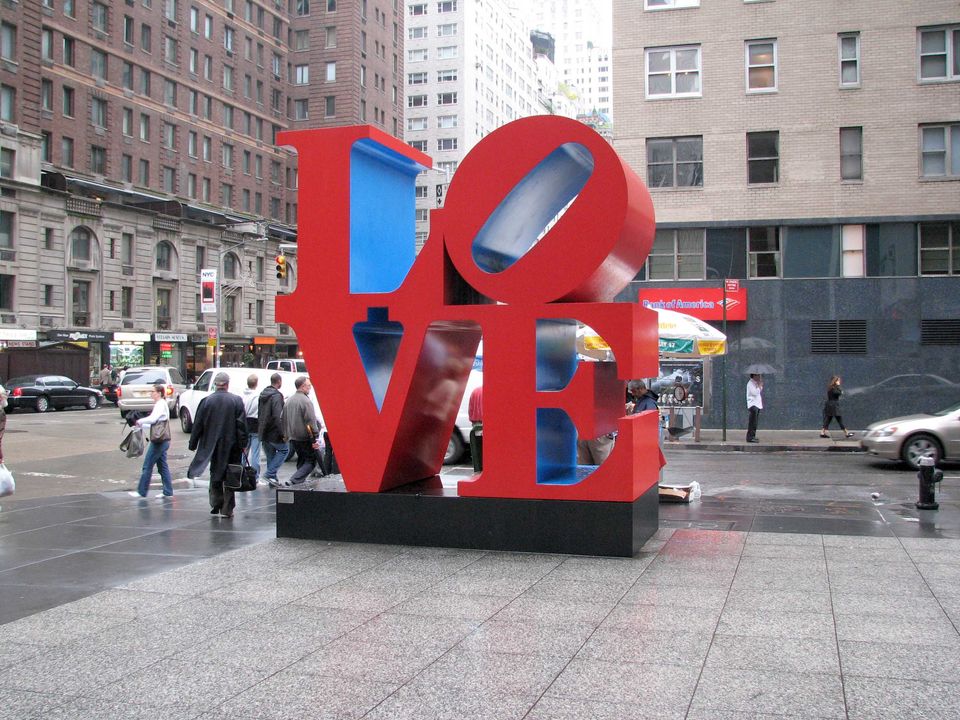 LOVE sculpture by Robert Indiana, on the corner of 6th Avenue and 55th Street in New York © Wikimedia Commons

A New York judge has dismissed most of the case made by Robert Indiana’s estate against his longtime representative, the Morgan Art Foundation, as part of a bitter and tangled lawsuit over the rights to Robert Indiana’s works, including his most famous LOVE and HOPE sculptures.

Among the estate’s counterclaims rejected in court on 1 July are allegations that the Morgan failed to provide Indiana with proper accounts and pay him royalties. Other claims that the Morgan fabricated unauthorised reproductions of Indiana’s work were also dismissed—except in the case of a series of LOVE sculptures created in semiprecious stone, some of which are on display in a gallery in New York.

The counterclaims were made as part of a much-publicised lawsuit filed by the Morgan the day before Indiana died in May 2018 alleging that Michael McKenzie, the founder of the publishing firm American Image Art and Indiana’s caretaker, Jamie Thomas, conspired to exploit the increasingly infirm artist by fraudulently selling unauthorised works attributed to him. They both deny any wrongdoing. Indiana’s estate, largely comprised of works of art valued at a total of $66m, is also named in the lawsuit.

The estate’s counterclaim says that the Morgan’s adviser, Simon Salama-Caro, failed to discuss the fabrication of the semiprecious stone sculptures with Indiana, as stipulated in the contract. However, Luke Nikas, a partner at Quinn Emanuel Urquhart & Sullivan who represents the Morgan, says those allegations are false. “The Morgan had a contract with Indiana that covered these works, and Salama-Caro spoke repeatedly with Indiana about them. We have photographs of Indiana himself with one of these sculptures in his home; he owned it and proudly displayed it,” Nikas says. “We expect to prevail on this claim once the court is permitted to consider the facts.”

In a wide-ranging 47-page order, covering counterclaims and crossclaims by all parties, judge Analisa Torres also dismissed most of the counterclaims made by McKenzie against the Morgan. The foundation’s original lawsuit accuses McKenzie of unleashing at least $30m-worth of Indiana forgeries on the market, but the court denied McKenzie’s request to temporarily suspend those legal proceedings. McKenzie did not respond immediately to a request for comment.

In August 2008, Indiana and McKenzie’s firm, American Image Art (AIA), entered into a contract to produce HOPE sculptures and prints, for which AIA paid Indiana $1m a year. Originally a reference to Indiana’s home in Maine—the Star of Hope Lodge—the project took on new meaning when Barack Obama began to use the word “hope” in his 2008 presidential campaign. The first HOPE sculpture was unveiled that August outside the Democratic National Convention in Denver.

Despite this exposure, McKenzie says he was “prevented from participating in valuable exhibitions” and “virtually unable” to sell Indiana’s HOPE works for “anything approaching their true value”. According to court papers, McKenzie claims this was because the Morgan told art dealers that HOPE pieces were “not part of Indiana’s oeuvre”, that the sculpture “was of poor quality” and that “Indiana had disavowed AIA and no longer worked with it”.

In its opposition brief, AIA states that, as a result of the Morgan’s actions, the sales of HOPE declined and never met the $1m royalty threshold. But, in its counterclaim, AIA says that sales of HOPE works “declined during the Obama administration as excitement from the campaign declined and the Great Recession battered the art market”.

Earlier allegations, such as that the Morgan duped Indiana into believing he did not authorise certain HOPE designs, were also not cited. Accordingly, the judge dismissed AIA’s claim that the Morgan interfered with the HOPE contract. She also rejected AIA’s claims of unfair competition and slander of title, apart from in one instance relating to the Contini Art Gallery.

Four further counterclaims made by McKenzie against Jamie Thomas were all dismissed in the 1 July order. On 28 June, Thomas filed a fresh lawsuit in Knox County Superior Court in a bid to force Indiana’s estate to pay his legal fees, which have so far racked up $2m.

Both the Morgan and McKenzie are subject to another filing made on 10 May in a New York court by James W. Brannan, the estate’s personal representative, who claims the licensing agreements for both Indiana’s LOVE and HOPE works ended when he died last May. The Morgan is also seeking to dismiss those claims; the court will hear oral arguments next month.