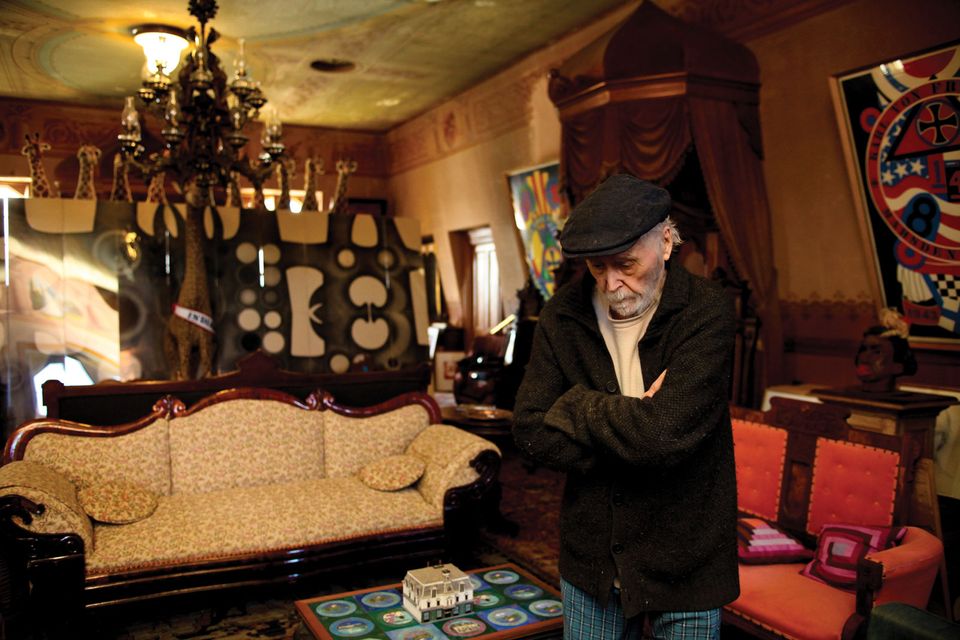 Robert Indiana in his home in 2012 Photo: © Joel Greenberg.

Robert Indiana’s caretaker, Jamie Thomas, has been accused in a new court filing of neglecting the artist in his final years, siphoning off around $1.1m of his $13m fortune as Indiana nearly went blind while living in “squalor and filth”.

When Indiana died in Vinalhaven, Maine, in May 2018, his once grand home, the Star of Hope, was “littered with animal feces and urine” and parts of the lodge had become infested with vermin and rot due to water damage, according to documents filed yesterday in Knox County Superior Court.

The counter claims have been made by the Maine lawyer James Brannan, who represents Indiana’s estate, in response to a case filed by Thomas in July. Thomas is seeking $2m in legal fees relating to a separate federal lawsuit involving rights to Indiana’s work.

In his July complaint, Thomas describes himself as a “selfless caregiver who surrendered his private life to protect Indiana’s financial and physical well-being”. But Brannan claims Thomas took advantage of Indiana’s increasingly infirm state to exert control over the artist and to steal money and more than 100 works of art from him, becoming Indiana’s power of attorney in May 2016.

Thomas first worked for Indiana in the late 1980s and early 1990s doing odd jobs, but the pair fell out at some point in the 1990s, according to the court papers. It wasn’t until 2013 that Indiana employed Thomas on a permanent basis, paying him $1,000 a week for bringing him meals, caring for his dog and doing other household chores. After Indiana’s long-time assistant and co-executor of his will, Valerie Morton, died in 2015, “Indiana came to be increasingly and eventually totally dependent on Thomas”, according to Brannan.

By the time Indiana died, Brannan says, “Thomas had allowed valuable archival documents, nearly all of Indiana’s personal library (which he had taken enormous pride in), and some artwork to suffer severe damage or destruction.” This despite the fact that Indiana had $13m in the bank. It took more than 1,000 hours for a crew to clean the home and dispose of 8.6 tonnes of ruined, water-logged paper.

Thomas could not be reached immediately for comment, but his lawyer, Thomas Hallett, described Brannan’s complaint as “scurrilous”, according to the Portland Press Herald. Hallett says: “These are lies borrowed wholesale from the complaint filed in New York, which includes all sorts of untruths.” That lawsuit was filed by the Morgan Art Foundation the day before Indiana died and is still ongoing.