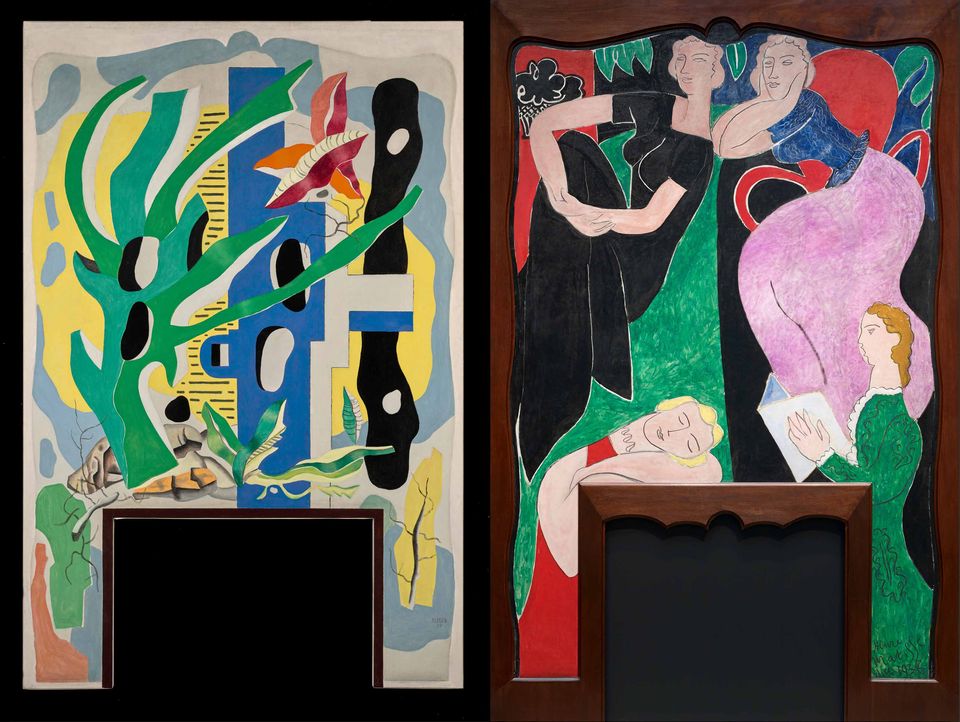 Two monumental fireplace murals that were commissioned in 1938 by Nelson Rockefeller have been reunited at the Museum of Fine Arts, Houston (MFAH). The ten-feet tall paintings, which once stood in the US businessman and politician's Manhattan penthouse, are now on view in the Audrey Jones Beck Building galleries.

The museum acquired Fernand Léger's Untitled (Fireplace Mural, 1939) during this year's Art Basel, where it had been consigned by New York's Museum of Modern Art through Galerie Gmurzynska. Although the sale was agreed in June, the museum board approved the acquisition on 23 October. At the time, Bloomberg reported an asking price of $6m but the museum declined to confirm the cost. The sister mural to the work—Henri Matisse's Le Chant (1938)—has been on long-term loan to the MFAH from the Lewis Collection since September 2014.

“The trustees and staff are especially pleased to acquire this monumental and highly influential work. [It] deepens our representation of European Modernism, tells the story of Léger's impact on the development of art in America, and provides an excellent bridge between our collections of modern painting and decorative arts," says Gary Tinterow, the director of the MFAH. In the future, the museum plans to display the new acquisition in the new Kinder Building, which is currently under construction.