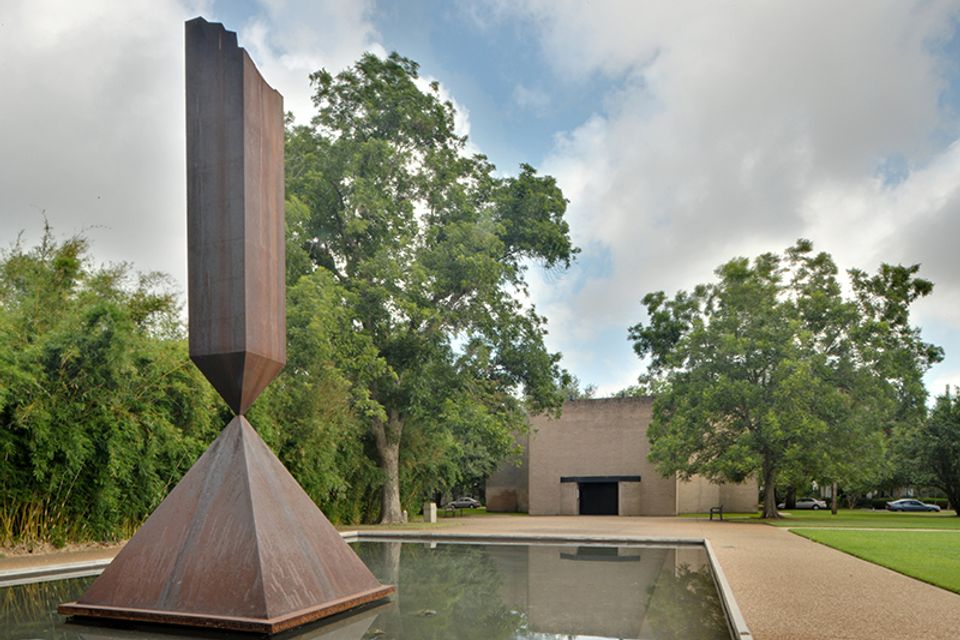 Broken Obelisk (1969) by Barnett Newman in the reflecting pool on the grounds of Rothko Chapel in Houston, Texas Wikimedia Commons

The Rothko Chapel in Houston was vandalised with hate messages on Friday (18 May). Organisers closed the chapel for "maintenance" that day and have filed a report with the Houston police department, which is investigating the incident.

The chapel, launched by the late collectors John and Dominique de Menil in the early 1970s and designed by Philip Johnson, Eugene Aubry and Howard Barnstone, is labeled as a “sacred space open to all people” and contains 14 murals painted by Mark Rothko.

Security staff of the nearby Menil Collection discovered white paint spilled near the entrance of the chapel and in the pool that surrounds Barnett Newman’s The Broken Obelisk (1969), a sculpture that the de Menils dedicated to Martin Luther King Jr. Workers also discovered various leaflets that read “It’s okay to be white”.

In a statement released today (21 May), David Leslie, the executive director of the chapel, writes that “there are those who do not support the Chapel’s mission of inclusion and dialogue, [but] we stand steadfast to the vision of John and Dominique de Menil to provide all visitors a sacred space for reflection”. Leslie adds that "we were replenished by the powerful response of support we received from visitors and the community".

No surfaces sustained permanent damage from the spilled paint. The chapel may install additional security cameras in the future.