The changes also include plans for immersive installations and artist residencies In a letter sent to the full staff of New York’s Rubin Museum of Art this afternoon—on the institution's 15th anniversary day—Jorrit Britschgi, the executive director announced operational and programming restructuring, including reductions in staff, hours and exhibitions, “to chart a course for long-term financial sustainability and success”. Staff will be reduced by 25%, going down from 89 to 67 employees, across operational and curatorial departments. Starting in January 2020, the museum will be closed on Wednesdays as well as Tuesdays, and there will only be two special exhibitions per year, down from the five to six the museum currently hosts.

But next year will also see the museum bring in some new positions and initiatives with the aim of strengthening its mission of “emphasising the relevance of Himalayan art and its ideas in everyday life [and] deepening our relationships with people from the Himalayan region”, Britschgi says in his letter. These include creating a “Chief Experience Officer” and a “Specialist of Himalayan Ideas” that will focus more closely on enriching the visitor experience at the museum, as well as launching an artist-in-residency programme that will bring creators from the Himalayan region to New York and several “semi-permanent and immersive gallery installations” that Britschgi hopes will have similar appeal to the Rubin’s always popular Tibetan Buddhist Shrine Room—but through contemporary art.

“These new initiatives will allow the Rubin to better serve our audiences in New York City and around the globe and will ensure our financial health as we continue to share the richness of Himalayan art and ideas,” says the board’s president Robert Baylis in a statement. “While hard choices accompanied these changes, the board is confident in the direction of the Rubin.”

Dedicated to the art and culture of the Himalayan region, the Rubin Museum was founded by the collectors Donald and Shelley Rubin with works from their personal collection of Tibetan art, and in 2004 opened in a former Barney’s department store downtown Manhattan, with a $75m sustaining fund that operates as an endowment. Today the fund is valued at $138m and the museum draws on less than 4% of it, or around $5.5m, against an operating budget of around $16m. “Certainly, a healthier budget target is in the area of $12m to $13m,” Britschgi says. 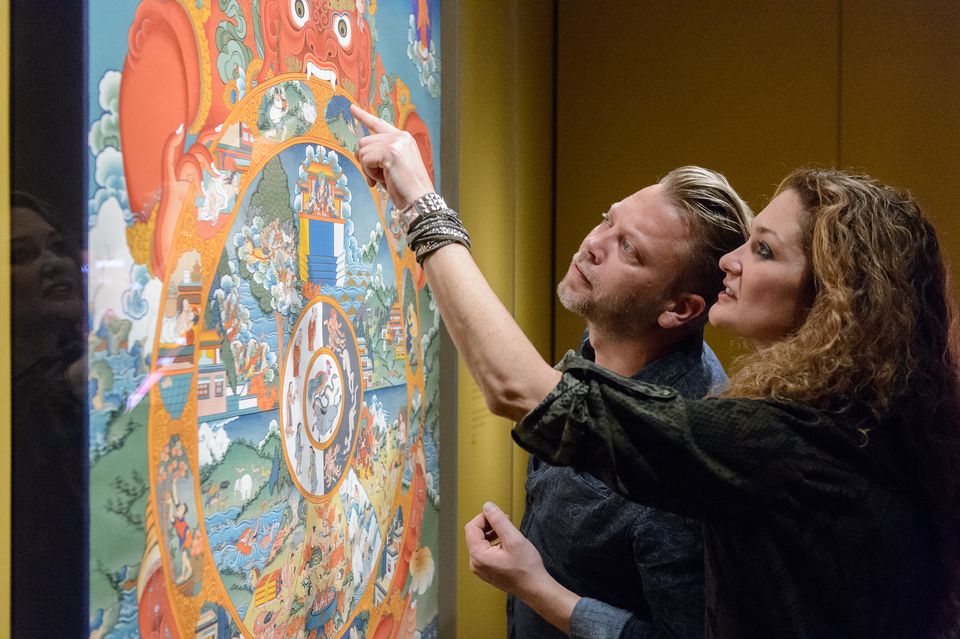 The Rubin Museum, dedicated to the art and culture of the Himalayan region, was founded by the collectors Donald and Shelley Rubin with works from their personal collection of Tibetan art Photo: Filip Wolak, courtesy of the Rubin Museum of Art

In 2011, the Rubins gave the museum $25m to support operations and programming over the coming years, while Donald stepped down as chief executive and was replaced by the museum’s chief operating officer Patrick Sears, who served as the executive director until his retirement in 2017. When Britschgi took up the helm later that year, he knew that the Rubins gift would run out by the end of 2020 and he has been working with the board on the restructure to maintain the museum’s long-term viability.

“It seems like the natural point to react before you run out of that multi-year pledge. That would be a mistake, to only start thinking about what to do when you already reach that point,” Britschgi says. “The changes that we're making will currently give us another 30 years to live, for sure. This is not the way that I think about it, because so many things can change in the meantime. I think every five years, one really has to take a hard look at your environment, how it's changing, and to reposition yourself to the best of your knowledge with the best strategies you can come up with.”

“When my husband Donald and I founded the Rubin 15 years ago, we were eager for Himalayan art to become as beloved to others as it is to us” says Shelley Rubin, who serves as chair of the board, in a statement. “As the Rubin enters a new chapter, we look forward to further public and private support to ensure its long-term success. The Rubin is a special place of education, inspiration, and tranquillity, and we are confident these changes will continue to foster this unique environment.” 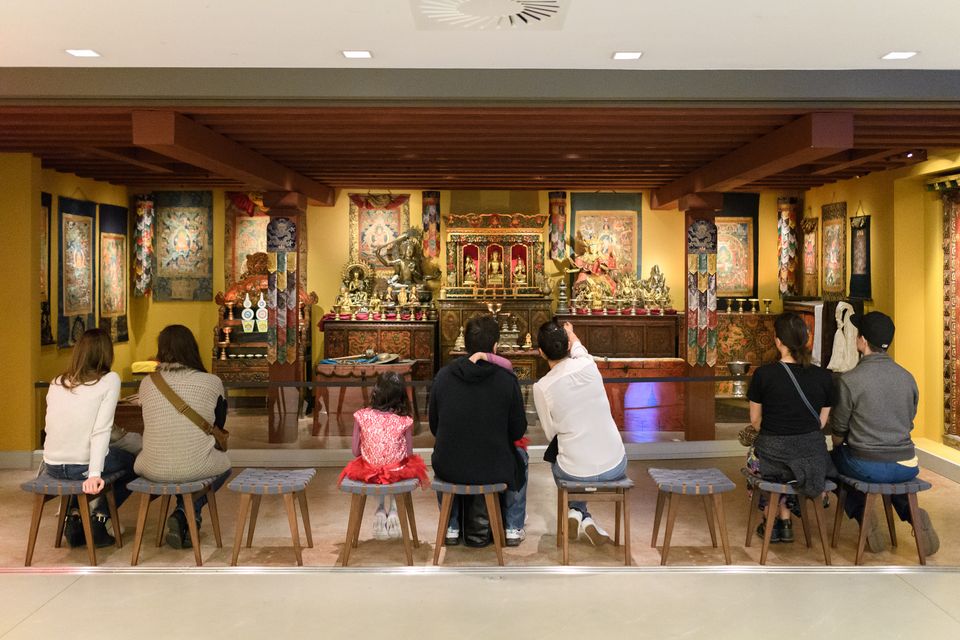 Britschgi says that since the museum has established its profile over the past 15 years and succeeded in “getting people interested and excited in this esoteric art form”, it is time to look to the next chapter. “Now is the moment that we build on what we have established, but build on that in a sustainable manner that also demonstrates organisational maturity,” he says. “The art that we present opens windows to inner and outer worlds… The task for years to follow, is to show what connects that work to today.”

One of the new initiatives Britschgi thinks will have the most impact on this mission is the residency programming, which he hopes to start next spring. “The big opportunity I see in it is that we are not going to restrict it exclusively to artists,” he says. “I think about creatives, a composer, a writer, an educator from Kathmandu, a story-teller from Nepal who would be collecting stories with the Nepali community in Queens using our objects. I'm really thinking about the residency as a broad source of inspiration for our internal work as well, and that's the thing that really excites me.”

The plans for immersive installations are based on the perennial popularity of the Rubin’s Shrine Room, which visitors have identified as “the heart and the core” of the organisation, Britschgi says, and where most people spend their time and return to. “How can I create contemporary artistic projects that respond and bridge to that tradition, in a way that people will come back to get that experience? I can imagine developing in the next year, a sound space, where we allow people to have a visceral experience of Himalayan art. I know that sounds very abstract, but I think sound is a very powerful way for organisations to find a deeper connection to their visitors.” Such works could remain up for four or five years, Britschgi adds.

“I would like to be able to say more often, that we hear from visitors that come back for these contemporary selections as well, because it’s part of the Rubin fabric.”