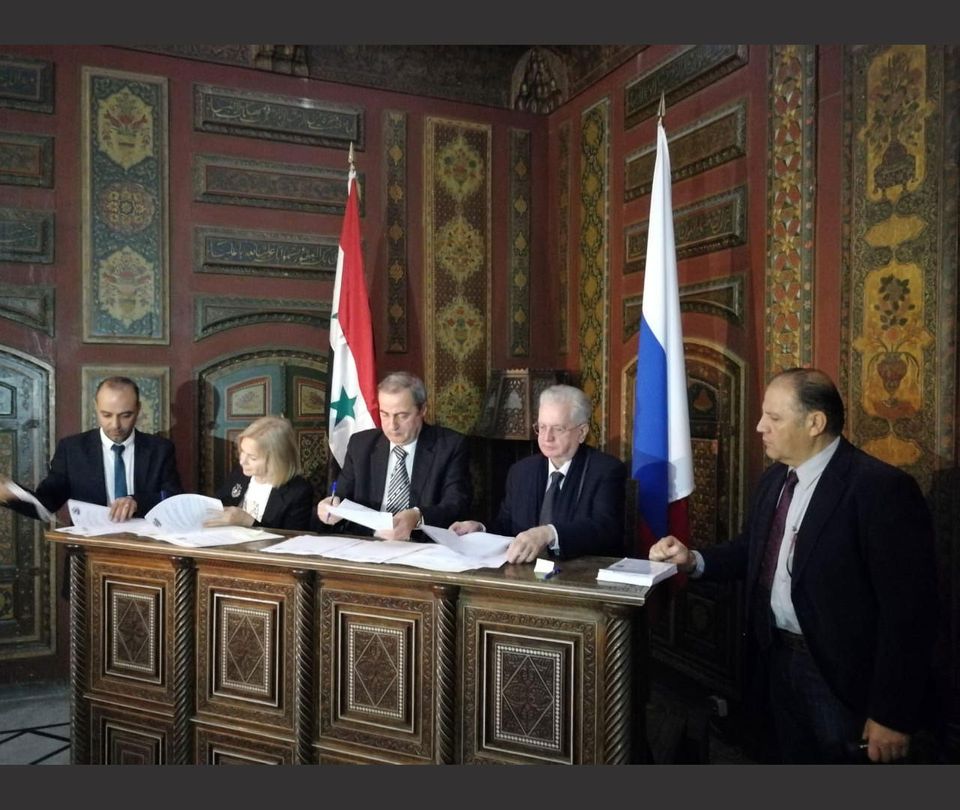 Russia and Syria will team up to create a masterplan to restore the National Museum of Palmyra as a basis for reviving the ancient city in Syria. The State Hermitage Museum and Institute of the History of Material Culture of the Russian Academy of Sciences signed agreements in Damascus with Syria’s Directorate General of Antiquities and Museums (DGAM).

The director of the Hermitage, Mikhail Piotrovsky, was in Syria for the ceremony along with the institute’s deputy director Natalya Solovyova. The Hermitage posted a statement on its website yesterday saying: “Both agreements are a tangible step in the significant development of museum and research ties between Russia and Syria.”

Among the long-term goals of the agreement are the Hermitage and the National Museum of Oman working together to restore 20 Syrian antiquities, primarily from Palmyra; an international campaign to restore Palmyra, seriously damaged by Isis; and the formation of an international expert group under the auspices of Unesco and DGAM, together with the Hermitage and Aga Khan Foundation.

Russia has ramped up its presence in the war-torn country following President Donald Trump’s abrupt withdrawal of US troops in October. The Hermitage and the institute conducted a joint expedition in 2016 with a Russian military escort and later presented Syria with a 3D model of the site. Two Russian tour agencies are advertising trips to Syria, including Palmyra.

Piotrovsky said this week that the first step would be to restore the National Museum of Palmyra, which is “of particular value for the entire complex”. But he was cautious about the short-term prospects of the archaeological site. “We are preparing for the day after tomorrow, it’s not yet possible to do anything tomorrow,” he said.