But Vladimir Medinsky, who has been replaced by Olga Lyubimova, will 'not be left without work' in culture, the Russian President says 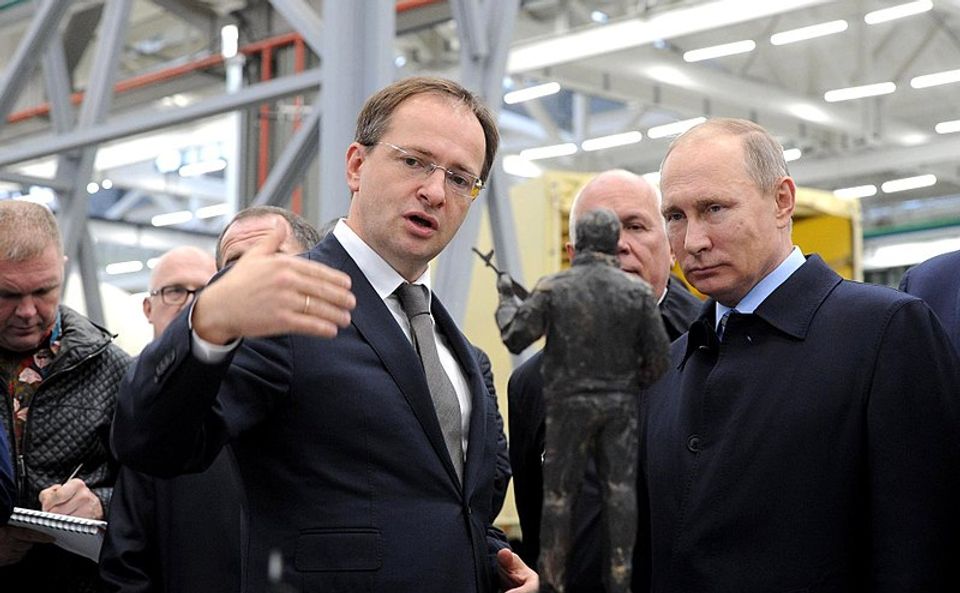 Vladimir Medinsky, who was Russia’s oft-derided culture minister since 2012, has not made the cut in President Vladimir Putin’s government reshuffle last week.

A deputy culture minister, Olga Lyubimova, who has been in charge of the department that oversees the motion picture industry and is credited with cleaning up corruption in state funding to the sector, was appointed on Tuesday by the new Prime Minister Mikhail Mishustin.

Cultural figures in spheres such as theatre and contemporary art who had been targeted by Medinsky’s nationalist policies initially rejoiced on social media at the news. Concerns soon emerged, however, as Russian media reported that Medinsky would be named as a top cultural adviser to the Kremlin and retain significant influence. Putin said at a meeting with students in Sochi that the former minister "will not be left without work" in culture.

Medinsky's Military-Historical Society is likely to play a key role in celebrations this May marking the 75th anniversary of the Soviety victory over Nazi Germany. The society has promoted a revisionist view of the Katyn Massacre in which Stalin’s secret police executed 21,000 Polish military officers and civilians among other events of the war. Medinsky also had to defend the society in November from ties to a Napoleon-obsessed history professor who shot and dismembered his young girlfriend in St Petersburg.

Lyubimova, 39, is the fourth woman to serve as culture minister going back to the Soviet era, and is one of only three women in the new government. Liberal critics expressed concern that she had studied at a strict Russian Orthodox gymnasium, been a correspondent for an Orthodox television program and worked for state television. Others defended her, pointing to her modern image, esteemed cultural figures in her family background or to her frank criticism of the Orthodox school: “The stress from three years of studying at an Orthodox gymnasium clearly testified that, in principle, I would never again be in the bosom of the Russian Orthodox Church. By the seventh grade, the Orthodox gymnasium became an Al Qaeda camp for me.”

Vladimir Legoyda, a spokesman for the Moscow Patriarchate, which lays claim to a major say in cultural policy, praised Lyubimova in a post on his Telegram channel as “very educated, striking, principled and simultaneously diplomatic and tough, with good artistic taste (a rarity)” and wished her strength since “the work ahead is very difficult.”