Governor Andrew Cuomo has suggested a site for the monument of the Supreme Court justice, overlooking the Statue of Liberty 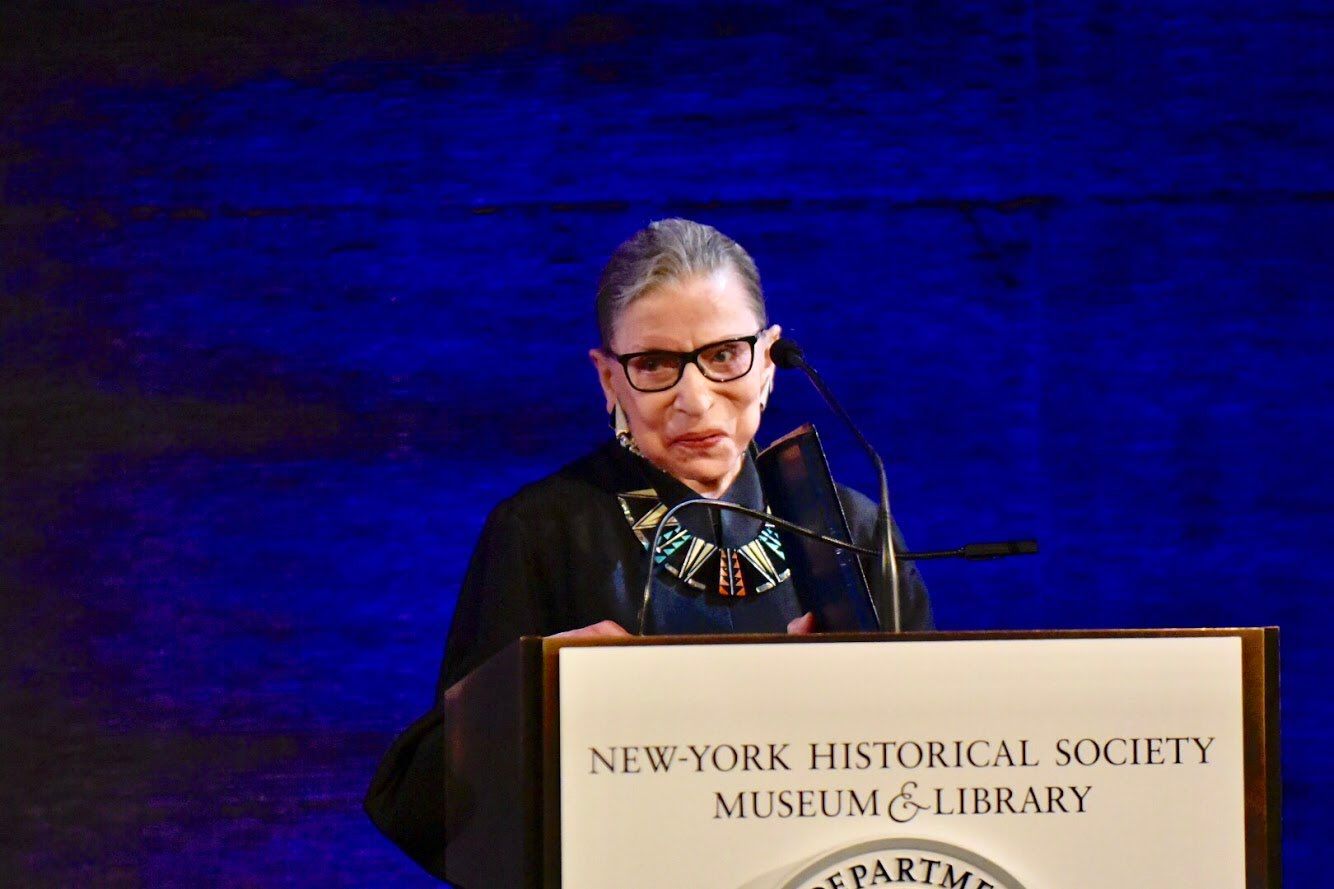 Justice Ruth Bader Ginsburg swore in new American citizens at a 2018 naturalisation ceremony held at the New-York Historical Society, saying: “We are a nation made strong by people like you.”

While painted tributes to the late Supreme Court Justice Ruth Bader Ginsburg have been pouring out across social media, and a mural has popped up in Washington, DC, New York governor Mayor Andrew Cuomo announced this weekend that a permanent memorial statue will be installed in Brooklyn, where she grew up. On Monday, Cuomo suggested a potential location for the work, saying: “We’re considering Brooklyn Bridge Park on a site that would overlook the Statue of Liberty.”

"Justice Ruth Bader Ginsburg selflessly pursued truth and justice in a world of division, giving voice to the voiceless and uplifting those who were pushed aside by forces of hate and indifference.” Cuomo says. “As a lawyer, jurist, and professor, she redefined gender equity and civil rights and ensured America lived up to her founding ideals — she was a monumental figure of equality, and we can all agree that she deserves a monument in her honor.” The governor says he plans to appoint a commission to select an artist for the statue this week.

The New-York Historical Society meanwhile plans to host an exhibition next year, Notorious RBG: The Life and Times of Ruth Bader Ginsburg, based on the best-selling book, which will feature "archival photographs and documents, contemporary art, media stations, and playful interactives that tell the parallel stories of the justice’s remarkable career". The show is organised by the Skirball Cultural Center and adapted for the New-York Historical by the Center for Women’s History curatorial team led by Valerie Paley. Ginsburg, who died on Friday from pancreatic cancer, aged 87, was the second woman ever appointed to the country’s highest court, and was a leading figure in the fight for equal rights. She was also a committed lover of the opera, attending performances regularly and even appearing on stage at Washington National Opera in 2016, as the Duchess of Krakenthorp in Donizetti’s “La Fille du Régiment”.

In Pictures: an early look inside the Frick Madison

In Pictures: an early look inside the Frick Madison