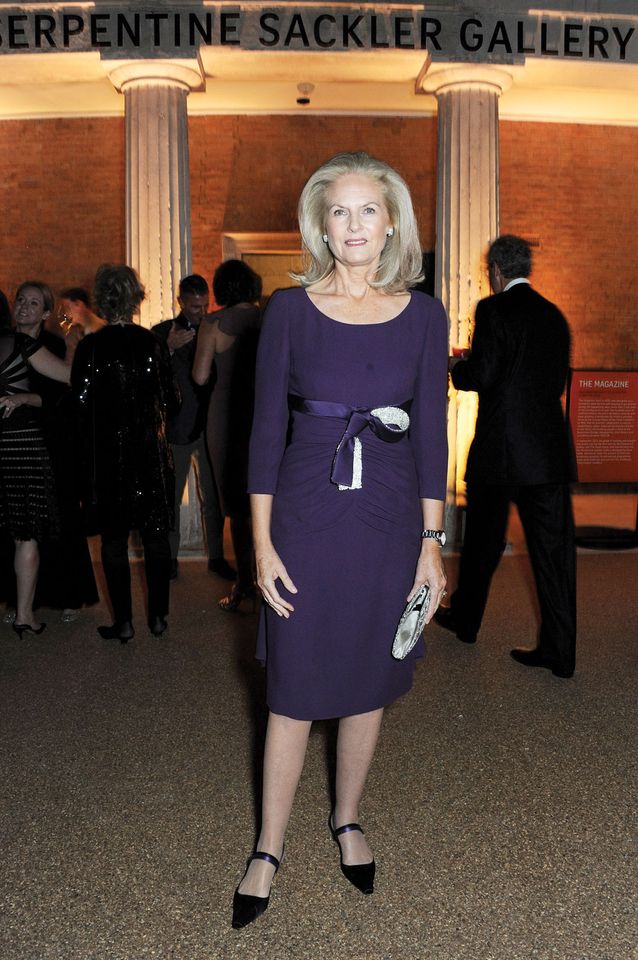 Theresa Sackler, the chair of the Sackler Trust, outside the Serpentine Sackler Gallery in London in 2013 Photo: David M. Benett/Getty Images

The Sackler Trust, a British charity funded by the family whose fortune derives in part from the sale of the opioid drug OxyContin, announced today that it is suspending “all new philanthropic giving”.

The move follows the news last week that the National Portrait Gallery and the Sackler Trust decided “not to proceed” with a £1m grant from the trust for the museum's building development project. Two days later, Tate announced it would no longer accept gifts from the Sackler family. The following day, we revealed that the South London Gallery quietly returned a £125,000 gift for a new education centre from the Mortimer and Theresa Sackler Foundation, another UK family charity, last year.

The growing unease amongst British museums to accept money from Sackler family members implicated in the sale of the opioid painkiller OxyContin comes in the wake of several US lawsuits filed in recent months against Purdue Pharma, the family’s US drugs company. The firm stands accused of fuelling the opioid crisis in the US by aggressively marketing the drug it launched in 1995 and misleading doctors and patients about its addictive qualities, allegations which the company denies.

Theresa Sackler, chair of the Sackler Trust and a trustee of the Victoria and Albert Museum in London, is being sued personally, along with several other family members, in Massachusetts and New York. She also denies the allegations.

In a statement issued on Monday on behalf of the Sackler Trust, Theresa Sackler says that: “the current press attention that [the] legal cases in the United States is generating has created immense pressure on the scientific, medical, educational and arts institutions here in the UK, large and small, that I am so proud to support. This attention is distracting them from the important work that they do. The Trustees of the Sackler Trust have taken the difficult decision to temporarily pause all new philanthropic giving, while still honouring existing commitments.”

The trust’s latest accounts, for the year ending 31 December 2017, show that the charity made grants totalling £7.2m that year to British organisations. These include £1.5m to Royal Museums Greenwich towards its project to establish four new galleries and a new collections and conservation centre.

The US photographer and activist Nan Goldin, who has campaigned for museums to reject Sackler funding and remove the family’s name from their buildings, described today’s announcement as a face-saving gesture. “They are pulling back before anyone else can pull back from them,” she told the BBC. “I would appreciate the news if I heard [that Sackler] money was going to pay reparations…for all the damage they’ve done…I don’t know that this shows that they’re really taking responsibility,” she said, adding that the family’s claims that they are not responsible for the opioid crisis in the US are “laughable”. “They knew people were dying and they continued to sell OxyContin and falsely market it,” Goldin said.

Christopher Frayling, the former rector of the Royal College of Art and the former chairman of Arts Council England, warned that the Sackler Trust’s decision will make fundraising more difficult for British museums.  “It’s a very sad day for the arts,” he told the BBC. “I’m worried this will lead to a moral panic in the art world…lines will be drawn which people will regret…If we become too squeamish [about] sponsorship, a lot of damage will be done to the arts.” The first rule of fundraising is that the “companies with an image problem are the ones you go to first of all,” Frayling said.

UPDATE: On Tuesday, Purdue Pharma and members of the Sackler family agreed to pay nearly $275m to settle a lawsuit brought by the state of Oklahoma, including funding for a new addiction treatment and research center at Oklahoma State University in Tulsa. In a statement, the families of Mortimer and Raymond Sackler, who are not named in the Oklahoma lawsuit but voluntarily contributed $75m as part of the settlement, said they had "profound compassion for those who are affected by addiction", but added: "We also want to make clear that the recent attacks on our family are not accurate and misdirect attention away from crucial issues such as the terrifying rise in illicit fentanyl overdoses."