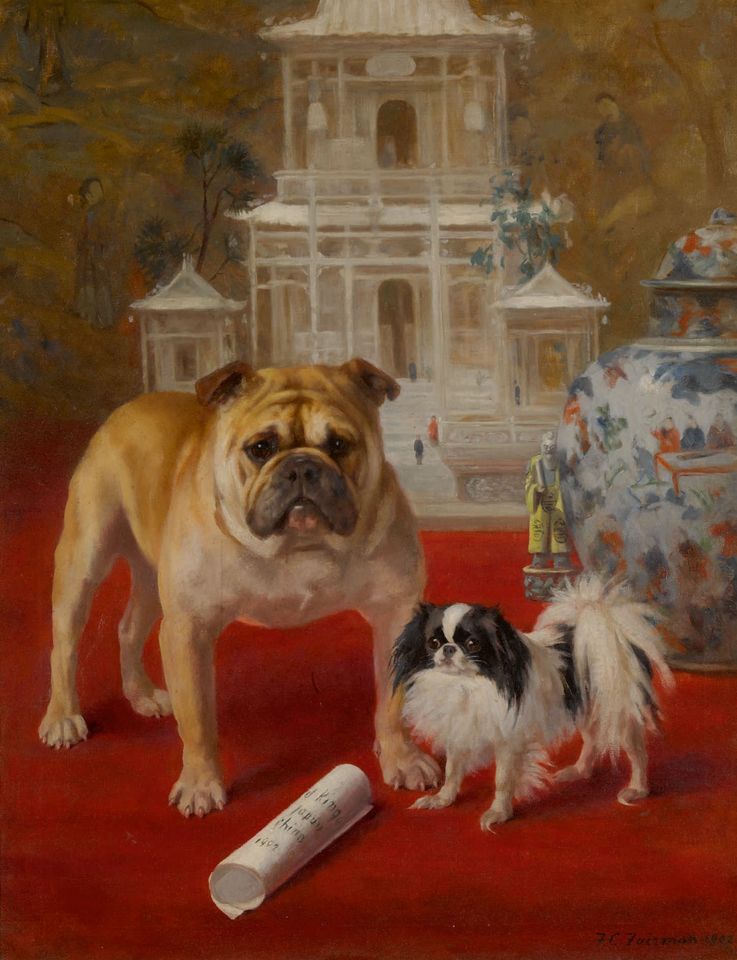 Chintz, Chippendale, and chinoiseries were among friends at the Americana auctions in New York, where evidently the taste for excess is back en vogue.

Chalk it up to the Sussex effect sweeping the US as Duchess Meghan Markle and her duke, Prince Harry, take up new residence in the Americas, but bidders could not get enough of the estate of the late decorator Mario Buatta, which went under the hammer at Sotheby’s in a two-day sale last week. The ethos behind the “Prince of Interior’s” high-octane English country house style might have been “leave nothing ungilt and no gaps in the china closet”. Almost all 922 lots sold, most blowing past their high estimates, over the course of the 22-hour-long sale, which totalled $7.6m (all prices with fees)—more than twice its estimate.

Almost everything else went for four figures. The cheapest was a small plaque with the names of Buatta and Dr. Ruth Westheimer—better known as simply Dr. Ruth, the famous television sex therapist—emblazoned in gold letters, which went for $125. The pairing is not as odd as one might think—the former specialised in the bedroom’s decor, the latter in its decorum.

Christie’s deployed its own shock and awe strategy that kept pace with the chintzy glitz on offer at Sotheby’s, placing its prize catch near the auction’s start. Edward Hicks’s Peaceable Kingdom from 1844-46 went for $4.6m on an unusually wide estimate of $1.5-$3.5m. Hicks died in 1849 after painting multiple versions of the scene; this one is considered among his valedictories.

Rocketing past Christie’s high estimate of $150,000, charming pendant portraits, Boy with a Squirrel and Girl with a Dog by Joshua Johnson sold for $495,000. Johnson (1763-after 1824) was arguably the first African American professional portraitist. A choice Gilbert Stuart portrait of George Washington sold for $975,000, multiples more than its $200,000-$300,000 estimate. Stuart painted 75 replicas of the Atheneum-style portrait. This is one of the early ones, when Stuart could still see.

The “Best of the Browns”—traditional colonial chests-of-drawers, dressing tables, and chairs—met with a less enthusiastic response from bidders. At Christie’s Important American Furniture, Folk Art and Silver sale on 24 January, a Queen Anne walnut chest-of-drawers from 1750 to 1770, estimated at $300,000-$400,000, did not sell. It is a well published Newport piece from the Wunsch collection but seemed too reserved and quiet given what was likely a hefty reserve. Later two flashier Chippendale chairs, also from Newport, sold for $68,750, more than twice the $20,000-$30,000 estimate.

At Sotheby’s Important Americana sale on 26 January, even Chippendale took it on the chin. A lovely, rare tall case clock from Boston circa 1780 found no takers on a $25,000-$30,000 estimate. At both houses, rather than flying out the door, most of the furniture that did sell had to be shoved, going at low estimates.