British artist whose School of London classmates included Lucian Freud and Frank Auerbach “saw beauty in everything and in everybody”, his gallery says 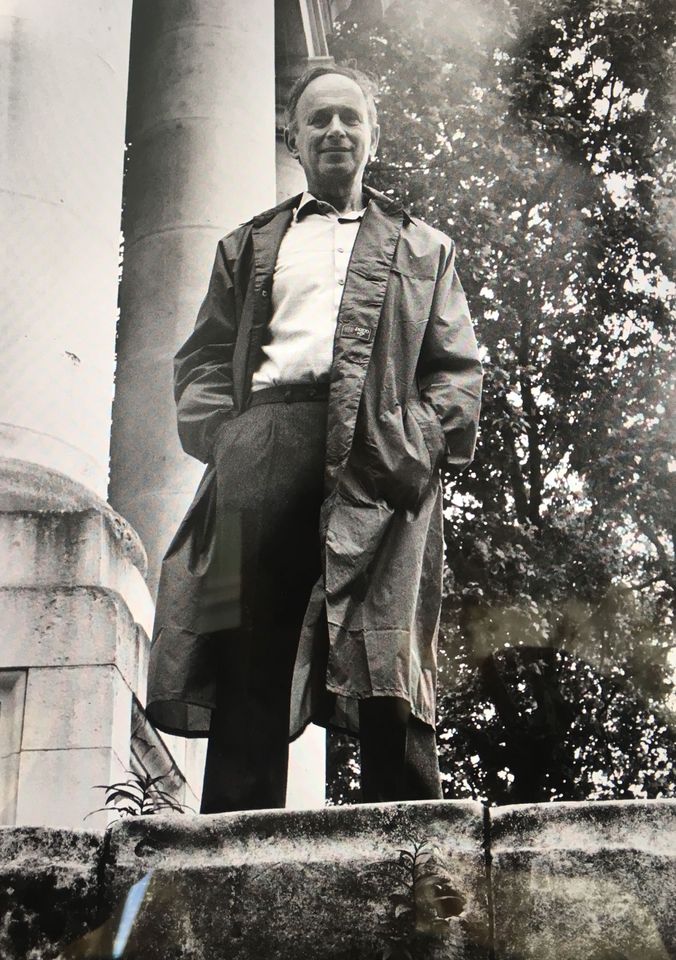 The UK artist Leon Kossoff has died aged 92 after a brief illness. His gallery, London’s Annely Juda Fine Art, confirms the news. “He saw beauty in everything and in everybody,” the gallery says in a statement. One of the most important 20th-century British artists, he was part of the School of London along with other figurative painters including Lucian Freud and Frank Auerbach.

Known for his cityscapes of London, Kossoff was born in the city in 1926 to Russian immigrant parents, the second of seven children, and grew up in the East End. “My father struggled to support us working as a baker, there wasn’t much culture in that world and artists were considered wastrels,” he told Kristine McKenna in a 1993 interview for the Los Angeles Times. One major formative moment was a visit aged nine to the National Gallery in London, where he saw Rembrandt’s painting A Woman Bathing in a Stream (around 1654).

“I don’t know what struck me about it because none of the other paintings in the National Gallery where I saw it interested me at all,” he said. “But somehow that painting opened up a whole world to me—not a world of painting so much as a way of feeling about life that I hadn’t experienced before.” Kossoff was evacuated in 1939 to Norfolk during the Second World War, and was also influenced by the work of the East Anglican watercolourists he saw there. He later served in the Jewish Infantry Brigade Group in Italy, Belgium and the Netherlands, and went on to enroll in Central Saint Martins in London in 1949, where he met Frank Auerbach. He also studied with David Bomberg at the Borough Polytechnic and at the Royal College of Art. He began showing at Helen Lessore’s Beaux Arts Gallery in 1956.

Kossoff worked in a very thickly impasto style in a muted, somewhat sombre palette. He returned to familiar subjects throughout his career, like Christ Church in Spitalfields and Kilburn tube station, as well as making works with Old Masters such as Nicholas Poussin and his early inspiration as a jumping-off point and portraits of those close to him. “His lyrical paintings of swimming pools, city churches, railway junctions, underground stations and back gardens testify to his delight in the world around him—a world full of change, loss, survival and renewal, all of which he orchestrates into paintings of extraordinary density and feeling,” Annely Juda Fine Art says in a statement. “So too with his paintings of people—friends, family, nudes and Londoners going about their ordinary business—all brought to life through Kossoff’s vivid and energetic handling of paint.”

Kossoff represented Britain at the 1995 Venice Biennale. The following year, he had a major retrospective at the Tate in London. He has shown at institutions including the National Gallery and Whitechapel in London; the Los Angeles County Museum of Art and the J. Paul Getty Museum in Los Angeles; the Museum of Modern Art in New York; the Lousiana Museum of Modern art in Humlebæk; the Kunstmuseum Luzern; the Düsseldorf Kunstverein and the Stedelijk Museum in Amsterdam. He also taught at the Regent Street Polytechnic and the Chelsea School of Art. Most recently, Kossoff had a solo exhibition, A London Life, at Piano Nobile gallery in London, which closed in May.

“His death robs us of one of Britain’s greatest painters, but his work reminds us of the continuing potency of painting to comprehend the world in which we live,” Annely Juda Fine Art says.