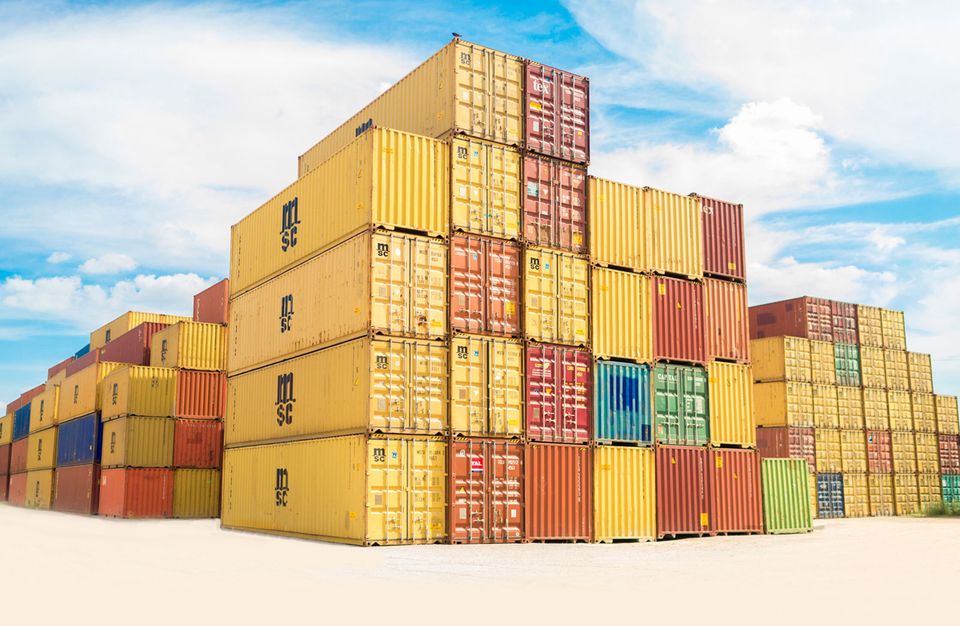 British institutions and galleries are rushing to ship works to and from the European Union (EU) before the Brexit deadline of 29 March as uncertainty mounts over the free movement of goods in the event of a no-deal scenario.

The British Council is sending all works for Cathy Wilkes’s Venice Biennale exhibition in Italy “well ahead of the 29 March deadline to avoid any possible disruption”, says a spokeswoman. Wilkes, who is based in Glasgow, Scotland, has been selected to fill the British Pavilion this year.

The organisers of the biennial’s Irish pavilion are also transporting works from Eva Rothschild’s London studio early to avoid any delays at British ports. “We don’t know what’s going to happen after 29 March but it’s not worth the risk of things getting held up at customs. The ramifications are huge,” says Mary Cremin, the commissioner and curator of the pavilion and director of the Void Gallery in Derry, Northern Ireland.

The pavilion is using Italian shippers who are “concerned about where the work is coming from and whether it’s within EU circulation”, Cremin says. She notes that the early deadline has created “a lot of pressure” for Rothschild, who has had less than a year to conceive and fabricate new sculptures for the exhibition.

Confusion over the so-called Irish backstop could create further problems. After Venice, Rothschild’s work is due to be toured throughout Ireland, starting at the Visual Centre for Contemporary Art in Carlow and ending at Void Gallery. The Republic of Ireland will remain part of the EU after Brexit; Northern Ireland will not. “That may impact whether the works come to Derry or not,” Cremin says. “It all depends if it’s a hard or soft border and what the implications are customs-wise.”

The prospect of hefty EU import taxes is already disrupting exhibition programmes in the UK. Tornabuoni Arte in London is closing its show of paintings by Alberto Burri and Lucio Fontana two weeks early and transporting the works back to Italy to avoid a potential multimillion-pound reimport bill. Italy’s import rate stands at 10%.

“We are covering our backs because no decision has been made yet, but we are looking at an enormous amount of money to reimport incredibly expensive works. It’s crippling,” says a gallery spokesman.

Others are looking even further ahead to avert trouble. The London dealer Kate MacGarry is showing works by the French artist Bernard Piffaretti at Frieze London in October and is importing the pieces from Paris before 29 March. “I’m stocking up in a way. I don’t want it to be a panic, so I’m getting organised,” she says.

Museums are also facing uncertainty over export licensing regulation and border disruption. According to a statement released by the Museums Association (MA) last month, “the combination of transport disruption and lack of clarity on regulation will lead some museums to decide not to lend and borrow to/from European partners”.

Loss of public funding, staffing and security and conservation risks to works being held at the border for prolonged periods are among other key anxieties. “We are concerned about the prospect of further museum closures, reduced opening hours, staff reductions and a reduced public offer,” the MA says. “No deal would heighten the concerns of our EU staff and will make it more difficult for museums in the UK to retain EU staff with specific areas of expertise.”

Shipping companies, meanwhile, are advising clients to make sure records and bank VAT deferment facilities are up to date. The London-based art logistics company Gander & White recently opened its fourth customs-bonded warehouse that works “just like the Geneva Freeport”, says the firm’s operational director, Victor Khureya. “Art works can be imported into our bonded warehouses and held in storage without any duties or taxes being paid upfront,” he says.

Despite this, Khureya warns: “A hard Brexit means all shipments to and from the EU will require customs clearance, which will result in more paperwork and costs for both dealers and fine art agents like ourselves.’’

The London shipping firm Martinspeed has prepared a no-deal Brexit contingency plan, in which it advises customers to use various ports “to avoid possible congestion at Dover” and to “allow a margin for additional costs whether for extra time and routing, customs formalities or transit guarantees”.

According to the company’s executive chairman, Simon Sheffield, a question mark now hangs over the temporary admission procedure, the EU legislation which ensures that works imported temporarily for events such as fairs and exhibitions are exempt from import duties and VAT. “We haven’t been alerted either way as to whether temporary admission is going to remain or go. There’s no information coming out of HMRC on this,” he says.

Sheffield notes he has seen an uptick in shipping enquiries as the Brexit deadline approaches. “People are quite rightly erring on the side of caution. Our advice is: avoid moving anything in or out of Europe at the end of March.”