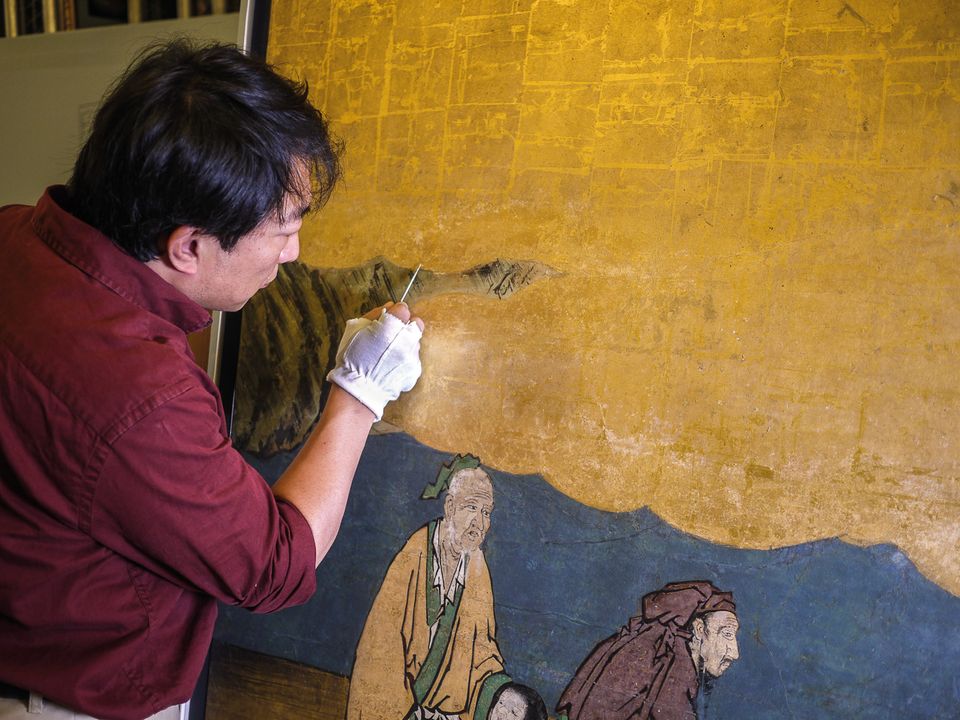 The Seattle Art Museum (SAM) has received a $3.5m challenge grant from the Mellon Foundation to establish an Asian paintings conservation centre at the Seattle Asian Art Museum (SAAM), which is part of SAM. The only studio to specialise in this area in the Western US, its opening in 2019 will coincide with the inauguration of SAAM’s renovated and expanded building.

“For years, we’ve wrestled with where to send our Asian paintings for museum-quality structural work, in particular full mounting treatments,” says SAM’s chief conservator Nicholas Dorman. There is a select group of US institutions that can do this type of work, including the Freer and Sackler galleries in Washington, DC, the Museum of Fine Arts, Boston and New York’s Metropolitan Museum of Art. But despite the number of distinguished Asian art collections on the West Coast, the closest specialist lab is 2,300 miles away in Ann Arbor at the University of Michigan’s Museum of Art. Because of this, SAAM sends its pieces to other institutions or independent studios in the US and Japan.

Asian paintings are constructed differently from European ones in terms of materials and techniques, and so require their own special set of skills for treatment. “There is an extra level of nuance and complexity in the selection, preparation and application of materials as well as how these objects are meant to be used,” Dorman says. “There is a dynamic quality to the way they are designed to be used—scrolls being unrolled and then rolled up again or hung—that is distinctive.” This aspect, he says, also has a “gigantic impact on their maintenance needs”. Conservators who concentrate on Asian paintings can train for ten years, Dorman says.

For years, we’ve wrestled with where to send our Asian paintings

Before committing to the project, SAM discussed it with colleagues from 19 museums, including those with specialist labs. “It’s a network, so we wanted to brainstorm with them about the merits of doing this,” Dorman says. “From the beginning, we laid our cards on the table that we weren’t doing this in a proprietary way and asked if another institution wanted to run with this,” he says, admitting that he was pleased that the consensus was that it should be done in Seattle.

As well as treating the museum’s own collection, the centre will take in works from other institutions and from private collectors. “It should more or less be self-sustaining with the endowment, supplemented by earned income,” says SAM’s director Kim Rorschach. By the fourth year, Dorman expects to have two full-time conservators, one conservation fellow and an administrator as well as access to SAAM’s collections care specialists. “We have Chinese, Japanese and Korean paintings so we’d like someone who is adept at one of these traditions but also able to make sensible decisions about all three, knowing that when necessary experts in the non-represented traditions will be brought in for special projects.” The museum also plans to offer workshops on related specialist skills such as woodworking.

Of the $3.5m challenge grant, $3m will go towards establishing the endowment. The remaining $500,000 is immediately available to help with startup costs so that the museum can begin to plan the centre’s design, procure supplies and start the recruitment process. The museum has four years to raise $2.5m in matching funds.

This new fundraising drive comes towards the end of a $54m campaign to fund the refurbishment and expansion of SAAM’s historic Art Dec building. Rorschach says that $48m has already been raised and she is confident that the remaining funds will be secured within the next six to 12 months. The plan is to finish the capital campaign before launching a drive to raise the money for the centre. And while Rorschach says that the museum has a great list of potential donors for the centre, she hopes “institutions and collectors that are as passionate about these works of art as we are will hear about the project and contact us if they are interested in partnering with us”.