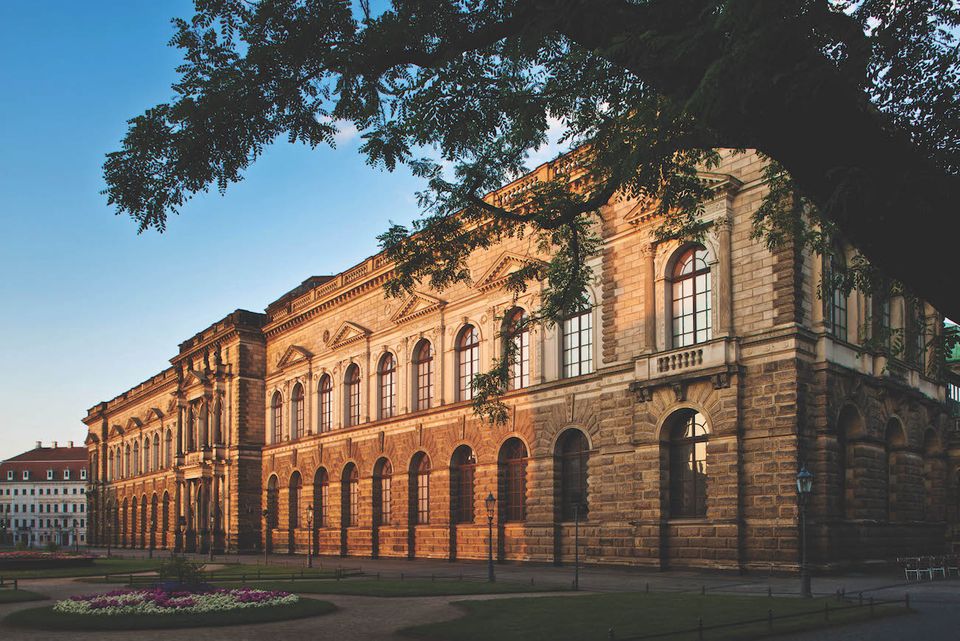 The renovated Semperbau am Zwinger in Dresden is due to open on 29 February © SKD; Photo: David Brandt

The Semperbau am Zwinger in Dresden, home to such masterpieces as Vermeer’s Girl Reading a Letter at an Open Window and Raphael’s Sistine Madonna, is set to reopen on 29 February after a sweeping €49m renovation, with upgrades ranging from a new roof and climate system to the restoration of 16th-century gold-threaded Flemish tapestries.

The 19th-century neo-Renaissance building by Gottfried Semper, an extension to the Zwinger palace complex, was refurbished over a seven-year period in two stages—one wing at a time—to avoid its complete closure. Home to one of Germany’s richest art troves, the fruit of centuries of collecting by Saxony’s wealthy electors, the Semperbau will now display sculpture for the first time since the 1880s.

“We have returned to the original idea of presenting sculpture and painting together,” says Stephan Koja, the director of the Gemäldegalerie Alte Meister (Old Master Picture Gallery) and Skulpturensammlung (Sculpture Collection). Four Flemish tapestries flecked with gold and silver from the studio of Pieter van Aelst, for example, will hang in a chapel-like hall facing gilded wooden Saxon statues of the same era.

The new displays are chronological and colour-coded, with the ground floor devoted to classical antiquity and the first and second floors dedicated to painting and sculpture up to 1800. “It was important to make the rooms look different so that a visitor can leave with an impression of each,” Koja says. Italian art will be displayed against red walls, German and Dutch on green and French and Spanish on blue. 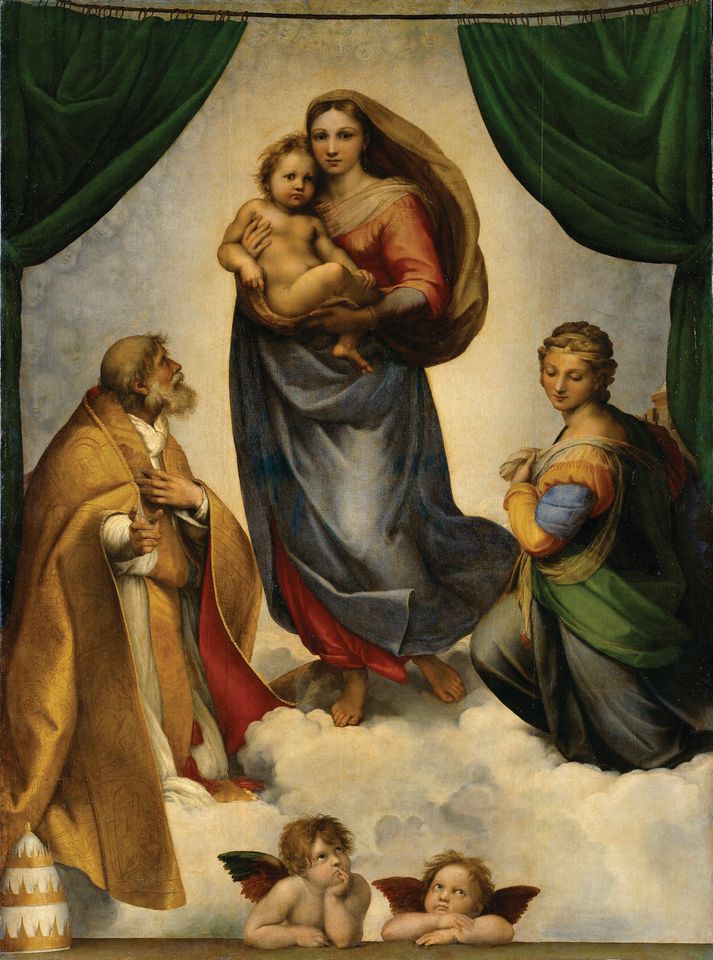 The museum will show masterpieces such as Raphael’s Sistine Madonna in a new light thanks to technical upgrades © SKD; Photo: Elke Estel/Hans-Peter Klut

The new layout plays to the strengths of the collection, Koja says. Venetian colourism will have its own large gallery; another unites 40 paintings by Lucas Cranach. Seventeen works by Bernardo Bellotto—among a total of 36 in the Dresden collections—will be shown together in another room for the first time. These are being restored one at a time in preparation for Bellotto’s 300th birthday in 2021.

“We have hung them at a height where the viewer can feel he is walking into them,” Koja says. “The difference between those that have been restored and those that are still yellowed is striking.”

The reopening of the museum, originally scheduled for December, was postponed after a gift of €600,000 enabled the installation of new lighting for the displays. One of the beneficiaries will be the Sistine Madonna. “It’s a very muted painting, and the powerful reconstructed gold Renaissance frame overwhelms it,” Koja says. “We can use the lighting to add accents.” The same applies to Rembrandt works in the collection, he says.

Other technical improvements include new air-conditioning and humidity controls and microprisms applied to skylights to maximise and even out the daylight. The refurbishment has added a café overlooking the Zwinger palace’s courtyard and connected the two wings of the museum by an underground tunnel. New audio guides offer visitors tailored routes through the galleries, one designed with children in mind, another for those interested in provenance.

A new exhibition space in the west wing, called the Winckelmann Forum, will host temporary shows. After exhibitions this year focusing on Raphael and Caravaggio, the Gemäldegalerie is planning a show about Vermeer’s Girl Reading a Letter at an Open Window. During a recent restoration, conservators determined that a “picture within the picture” featuring a Cupid on the wall behind the girl had been overpainted long after the artist’s death. The hidden figure is now being gradually uncovered in a painstaking operation requiring a microscope and scalpel.

Amsterdam to return Kandinsky sold under Nazi occupation to heirs

Amsterdam to return Kandinsky sold under Nazi occupation to heirs