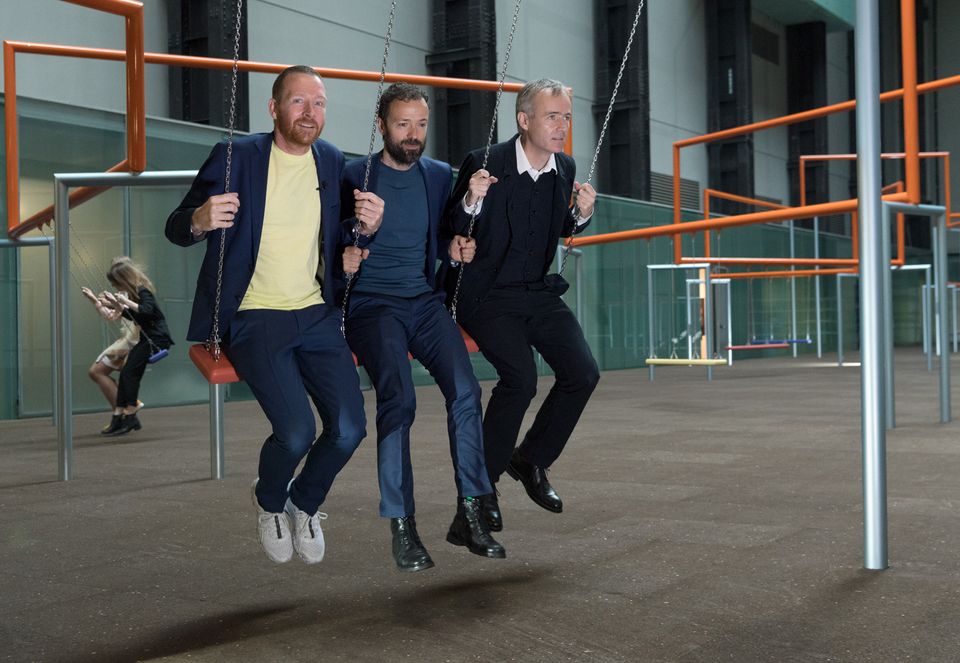 Superflex gets into the swing of things in the Turbine Hall Tate, 2017

Superflex first made a splash in the UK with Flooded McDonald’s, showing a slow rising tide engulf a replica of the fast food restaurant. The film is emblematic of the Danish collective’s work: simple and sleek on the surface, but delve deeper and our most pressing issues are being tackled. Superflex is back in the UK capital this week with its biggest work to date, the Hyundai Commission for Tate Modern’s Turbine Hall. One Two Three Swing! includes a giant moving pendulum that hangs above the Turbine Hall’s west entrance ramp and three-person swings connected by a line of orange-coloured beams that snake around the space before reappearing outside—it is the first time a Turbine Hall commission has gone beyond the museum’s walls. It may take the form of a children’s playground but darker themes of apathy at the current state of society, financial crashes and populism lurk beneath the fun façade. 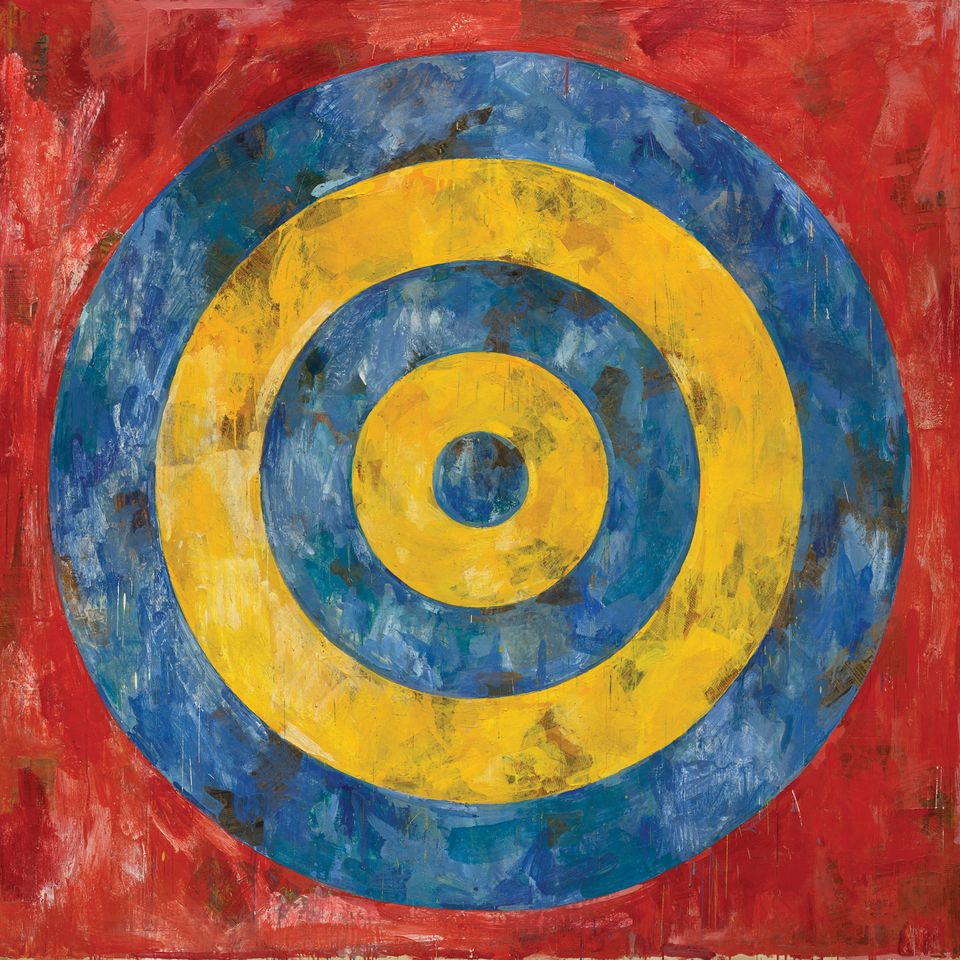 Londoners are getting a good dose of American art as of late with exhibitions on Jean-Michel Basquiat and art in the Civil Rights era (until 22 October) currently on show throughout the city. Another American artist making his presence felt in the UK capital is Jasper Johns, whose major retrospective at the Royal Academy of Arts (RA) includes more than 150 paintings, sculptures, drawings and prints showing the octogenarian’s remarkable—and still unfolding—career. Because the last comprehensive survey of John’s work in London was in 1978, the RA show is likely to surprise some audiences. But the main idea, says co-curator Roberta Bernstein, is to get across how rich and multivalent the artist’s work is. The title of the show, Something Resembling Truth, speaks to that ambition. Bernstein says: "We want to convey not just meaning, but to suggest many meanings—and to show how elusive any single meaning is." 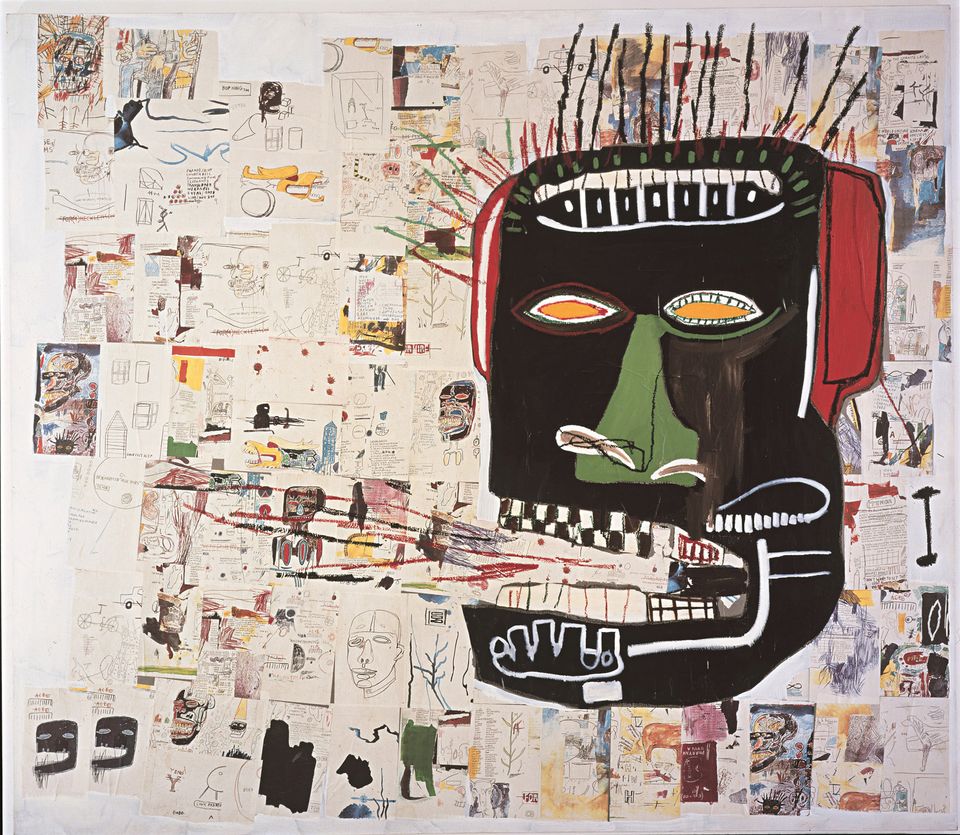 Basquiat: Boom for Real (until 28 January)

“Essentially everything” inspired Jean-Michel Basquiat, says Eleanor Nairne, the co-curator of the first UK survey exhibition of his dazzlingly brief career. The graffiti artist-turned-painter, who died of a heroin overdose aged 27 in 1988, liked to work in his New York studio with the TV on, records playing and open books spread across the floor. The show at London’s Barbican Centre—itself a home to music, film, theatre, dance and visual art—seeks to “explode this profusion of different reference points in the work”, Nairne says. It required almost three years of curatorial research as well as powers of persuasion to co-ordinate the many private loans. More than 100 pieces are included. 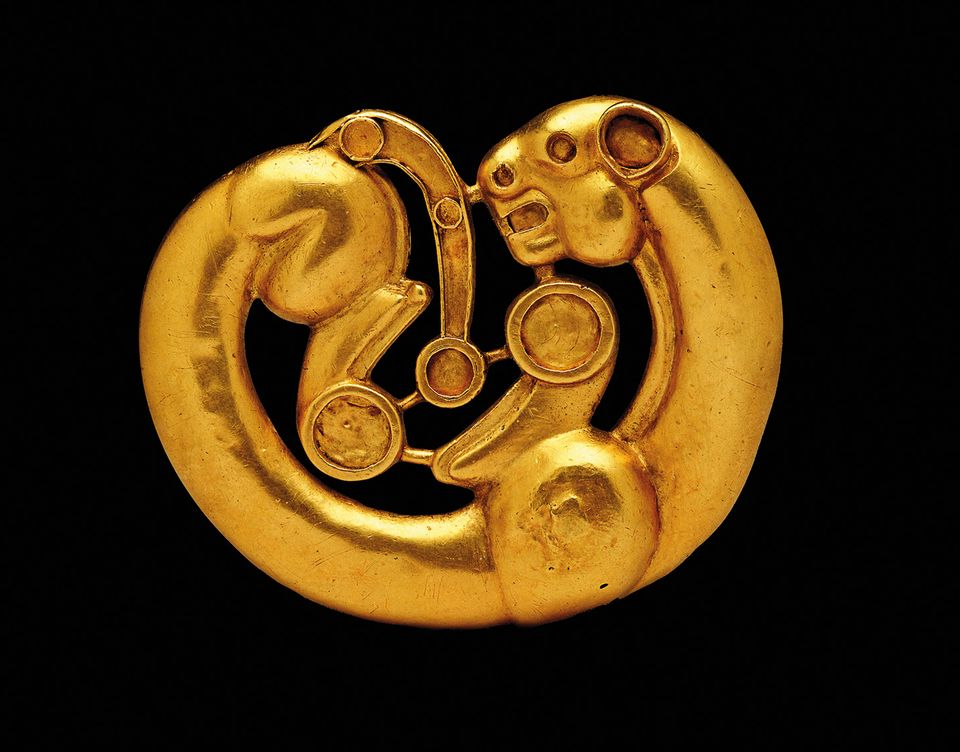 A gold plaque in the shape of a coiled panther in Scythians at the British Museum State Hermitage Museum, St Petersburg. Photo: V Terebenin

For an ancient civilisation that left no written records, we know a surprising amount about the Scythians. These nomadic people from Siberia inhabited a vast swathe of land from the edge of northern China to the northern Black Sea region—an expanse that was twice the size of the mighty Persian Empire—from 900BC to 200BC. Much of the evidence about the Scythians has been gleaned from ancient sources, including the Greek historian Herodotus, and from the grave goods deposited in their tombs—their only lasting monuments—in southern Siberia’s Altai mountains. The region’s frozen soil has preserved a remarkable array of relics, including perishable ones such as rugs, human remains and even lumps of cheese. In the first major exhibition on the Scythians in London in 40 years, the British Museum (BM) is showing around 200 artefacts, including loans from the State Hermitage Museum in St Petersburg. Tate Britain opens up its 1979 extension into a vast, single, top-lit space only for very special occasions. Rachel Whiteread’s career survey—her first in the UK—is one such occasion. It includes 30 years of work, from breakthrough sculptures made the year after she graduated from art school to pieces fresh from the studio. The point of the exhibition, according to its curator, Ann Gallagher, is to show that “through consistency of process, there’s an incredible variation”. The point comes across partly through the openness of the Tate space, which allows viewers to get “some kind of distance” from the larger sculptures. Meanwhile, a few partitions allow for more intimate groupings and drawings. The core strategy behind Whiteread’s work—casting negative space—may have remained the same, but her career has been one of constant, and often profoundly moving, evolution. 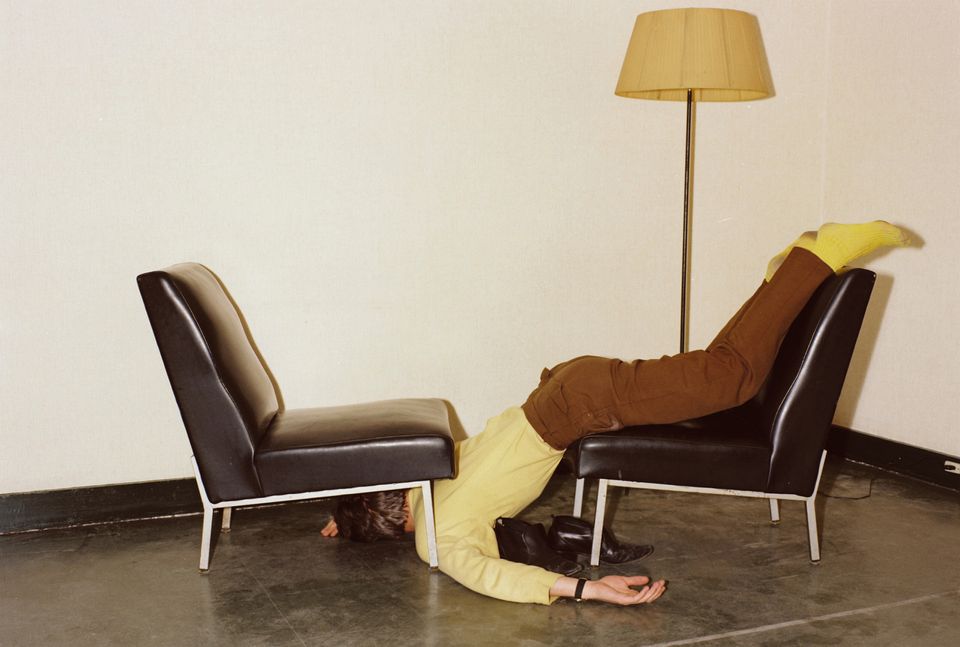 This German photographer only gets better with age. The Whitechapel’s four-decade survey—the first in London—includes a mix of old favourites such as his Sterne (stars) (1989-92) series of photographs taken by a telescope at the European Southern Observatory in Munich and L’Empereur (1982) in which Ruff is shown slumped in a chair in a series of progressively uncomfortable and outlandish positions as well as more recent work, including photographs from his Negatives (2014) and his press++ series, the latter of which he began in 2015 and resurrects archival photographs from US newspapers. Also on show at the Whitechapel is a new commission by the Portuguese artist Leonor Antunes. Everything at Once (5 October–10 December)

Lisson Gallery at 180 The Strand

To celebrate its 50th anniversary, the Lisson Gallery is bringing together 45 works by 24 artists it currently represents for the exhibition Everything at Once. And the show is bound to live up to its name, with works ranging from Anish Kapoor’s large sculpture At the Edge of the World II (1998) and a new 60m-long mud work by Richard Long, to Susan Hiller’s Channels (2013), made from 100 television screens, and Cory Arcangel’s hacked computer games MIG 29 Soviet Fighter Plane and Clouds (2005). A partnership between Lisson and the Vinyl Factory, the exhibition is being staged at the same venue as last year’s The Infinite Mix—one of the most talked about shows of 2016—which the factory organised with the Hayward Gallery.

about 13 hours ago
Officials confirm: museums in England can reopen from 17 May under Boris Johnson’s lockdown roadmap