Sexy, spotless and sure: the three golden rules of desire

As far as a painting’s hammer price is concerned, other, less noble considerations matter a great deal more than the picture’s intrinsic quality

Determining the market value of a picture can be a surprisingly heartless experience. There before you stands a fine portrait by a great artist, whose energy and creative genius you see emblazoned on the canvas with brushstrokes as fresh as the day they were painted. Yet you must judge the work not by its painterly strengths, but by the sum of its component parts.

Was the sitter important? Who owned her? Is she pretty? You mentally reduce the picture’s value as you realise that it is not the famous royal mistress the owner believes it to be, merely some dowdy matriarch wrongly named Nell Gwyn by a descendant tired of not having anyone famous on his staircase. The traditional identification is incorrect, you gently inform the expectant owner, and yes, while the portrait is indeed by Anthony van Dyck, for whom the record price at auction is £8.3m (a late self-portrait, sold at Sotheby’s, London, in 2012), this example, although it may be as dexterously painted as the record-holding picture, is worth “only” £200,000.

In other words, the value of an Old Master can have frustratingly little to do with how good it is. Instead, its value is determined by a range of attributes that govern desirability among buyers. You may find it puzzling that, broadly speaking, we are unable to judge art by its intrinsic quality, and instead rely on indicators such as attractiveness. But it really does matter if a portrait’s sitter is pretty or not—if only because the majority of art collectors are, and always have been, men. Welcome to the art market. 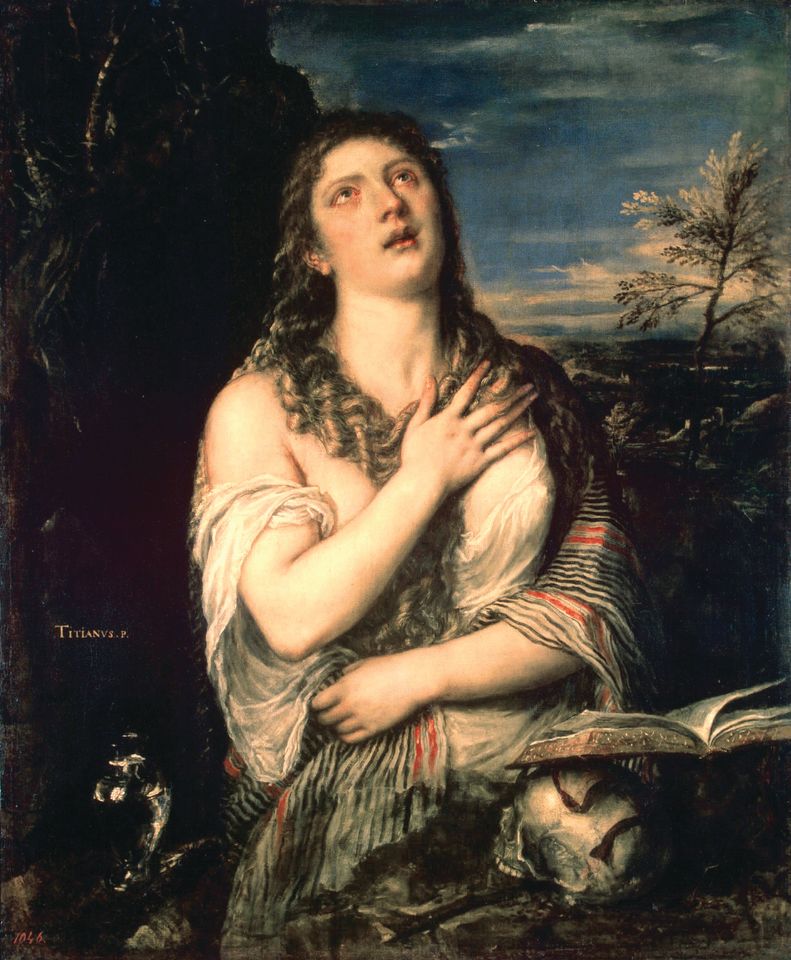 There are three basic indicators of desirability. First is subject matter—already touched upon. Portraiture in particular shows just how subjective, or idiosyncratic, art valuation can be, but the same is true of other genres. A work by Canaletto with a canal is more desirable than one without. The £18.6m (with premium) auction record for the artist was set at Sotheby’s in 2005 for Venice, the Grand Canal, Looking North East from Palazzo Balbi to the Rialto Bridge—more than double its high estimate of £8m.

Likewise, a religious scene featuring an enticing Mary Magdalene, such as Titian’s Penitent Mary Magdalene (1565) in the State Hermitage Museum in St Petersburg, a repetition of which sold at Sotheby’s in New York for $4.5m in 2008, is more appealing than the martyrdom of St Hippolytus; the saint was torn apart by horses. Religious figures looking up are also a hard sell (too much chin, perhaps).

Put enough cats in even the worst painting and its value will soar. My Wife’s Lovers (1891), a painting of a clowder of cats by the Austrian artist Carl Kahler, quadrupled its low estimate to sell for $826,000 (with premium) at Sotheby’s, New York, in 2015.

The next indicator is attribution, or rather, the certainty of attribution. A well-documented and published picture will always be more desirable than a newly discovered one. Art-historical momentum counts for a great deal in the market, partly because few people feel confident enough to assess the quality of a painting objectively, and so seek reassurance from the collective opinions of other, more expert, eyes.

Vulnerable to attack An unpublished new discovery, even if endorsed by scholars, will be vulnerable to attack from other market players keen to dissuade “their” client from going elsewh ere. A few muttered “not rights”, and a picture can sink without trace. In 2013, Sotheby’s in New York offered a full-length depiction of Christ Mocked as a work by the 17th-century sculptor Gian Lorenzo Bernini. It was beautifully painted, but had only been published as a Bernini (for whom comparable paintings are all but unknown) since 2001. What’s more, the last line of the note in the catalogue reflected doubts among other scholars, and few were surprised when the painting was bought in against an estimate of $400,000 to $600,000.

A picture’s condition is perhaps the most underrated element of value. Sadly, no group of people has done more harm to paintings over the centuries than those charged with restoring them. Ideally, you want a picture that has never been touched by a restorer in its life. These are hard to find, so the diligent buyer carries a very good torch.

Of course, the market is often hard to predict. Although attractive sitters tend to be more desirable, the second highest price at auction for a Van Dyck is for a head study of a scruffy, bearded, old man. Two Studies of a Bearded Man sold for $7.3m at Sotheby’s, New York, in 2010. But this extraordinary picture reflects a new trend in Old Masters—namely, anything that looks modern is in demand. A head study by a great 17th-century artist can feel just as contemporary as one by the Modern British painter Lucian Freud. Consequently, such sketches are probably now more desirable than ever.

The ABCs of value • Rock-solid Attribution

There must be no doubts • Is she a Beauty?

The less (re)touched, the better