With the future of large-scale events and travel still uncertain, the November fairs Art021 and West Bund are exploring "consumer alternatives" in unusual settings 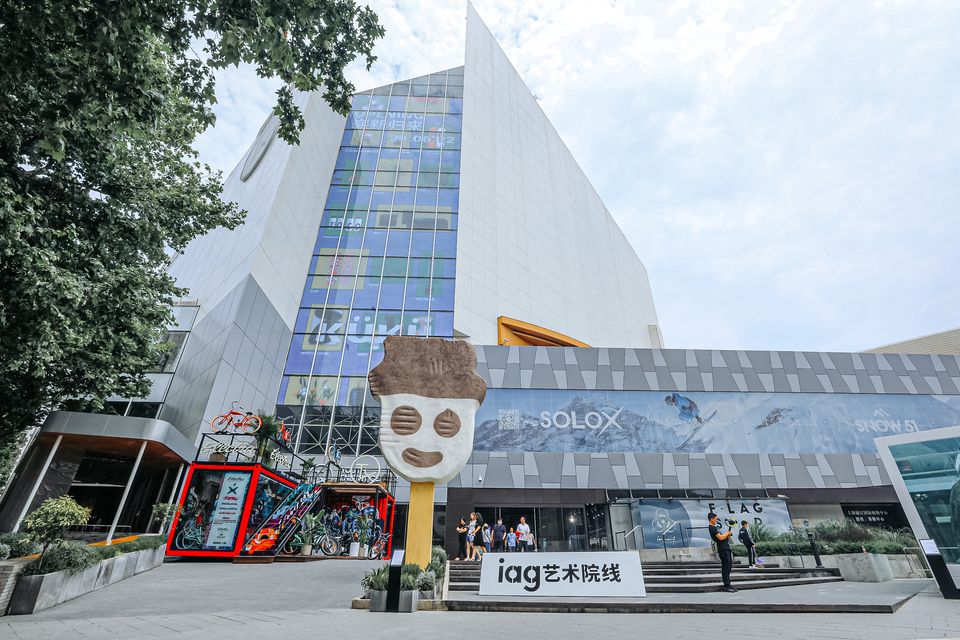 Against the backdrop of a new outbreak of coronavirus cases in Beijing over the weekend, the organisers of Shanghai’s two mega-fairs Art021 and West Bund Art & Design Fair are still hoping they will go ahead in November. But their backers are also expanding into new public art programmes—in unlikely settings.

Last weekend, Art021 made a particular splash by unveiling its Immersive Art Gallery (IAG) project at the new Shanghai mall Theatre X with an exhibition titled Wild Cinema. Along with an exhibition space and art shop of around 1,000 sq m on the mall’s second floor, IAG also has placed interactive works of art amid the shops and restaurants and outside on the major thoroughfare Huaihai Zhong Lu.

“The entire area contains art,” says David Chau, who co-founded Art021 with Kylie Ying and Bao Yifeng. “It is not a museum or a gallery, but rather having art in life, as part of the ecosystem.” Chau says IAG will act as a sister brand to the fair, bringing “consumer alternatives” to traditional exhibitions in places such as public parks. Further projects are in the works, Chau hints, though he declines to give specifics.

Curated by the artists Lu Pingyuan and Xu Zhen alongside Chau, Wild Cinema (until 31 August) is comprised of a public art section with works from Xu and Lu’s MadeIn gallery and collective, alongside a ticketed section drawn from Chau and Ying’s collection. This includes some works from the couple's CC Foundation, but Chau says that the IAG space will not be the permanent home for CC’s recently-teased museum and adds that forthcoming project “won’t be a museum, per say, because that is such an egotistical thing, and I am not like that.”

Chau dismisses any similarities between Theatre X and the nearby K11 Art Mall: “They are traditional retail, and this is purely experiential.” The art collective Teamlab is planning a nightclub in Theatre X, tentatively opening end of this year. IAG is a partner in the mall alongside developers Bailian and URF (Urban Revitalization Force), and Chau says the cooperation began last August.

Investing in immersive art seems a bold move in these social and physical distanced times, but as Covid-19 has been declared under control in Shanghai, the city government is encouraging its population to return to normal summer throngs, masks optional. Over 11,000 visitors came to IAG’s opening weekend, says a spokeswoman. Crowds also recently flocked to Art House (over three weekends at the end of May and start of June), a pop-up organised by West Bund’s subsidiary spring event Art 24 Hours held at a packed street fair at Sinan Mansions. Eight locally based galleries or businesses, including Capsule, Don, Aike, Perrotin, Danysz and Studio, hung works in a funkily done-out heritage building.