A physical examination of the tomb walls by specialists, led by Egypt’s head of antiquities Mamdouh Eldamaty and the British archaeologist Nicholas Reeves, suggests that the ceiling continues behind its north wall, and that this may once have formed part of a corridor.

The materials covering the walls also differ in places, suggesting the presence of hidden doorways. “This indicates that the western and northern walls of Tutankhamun's tomb could hide two burial chambers,” Eldamaty told the Egyptian news site Ahram Online. Once security clearance has been granted—a process that could take a few months—the team will use radar scanners to investigate further. 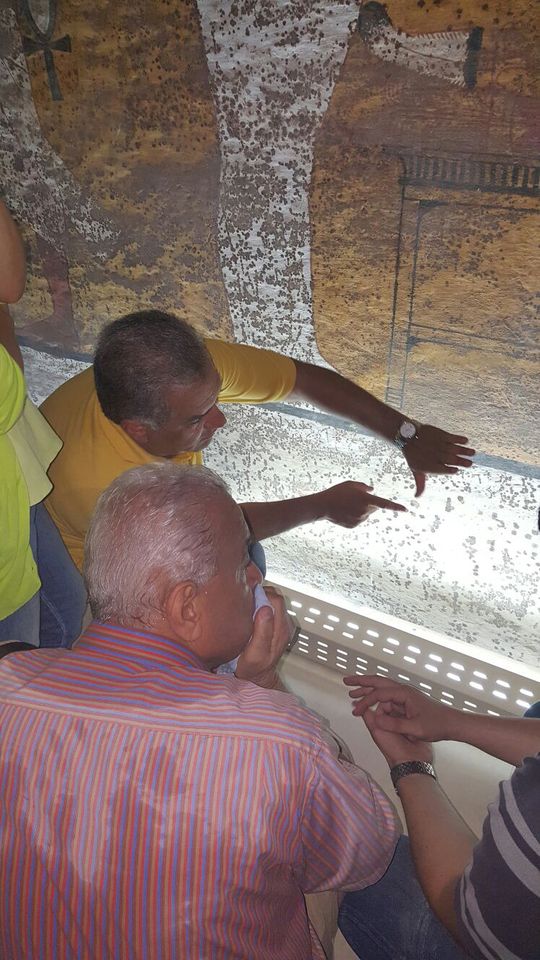 In August, Reeves published a paper arguing for the presence of two hidden chambers in Tutankhamun’s tomb; his theory developed after viewing high-resolution scans of the tomb’s walls, made by conservation company Factum Arte; these scans reproduced the walls’ texture in unprecedented detail, revealing previously unseen anomalies beneath the plastered surfaces.

Reeves argues that these anomalies could be “ghosts” of doorways, with one leading to an additional storage room, and the other perhaps leading to the burial of Queen Nefertiti.