Seventeen artists were killed, 82 imprisoned and 133 detained over the past year in 26 countries, according to new Freemuse study 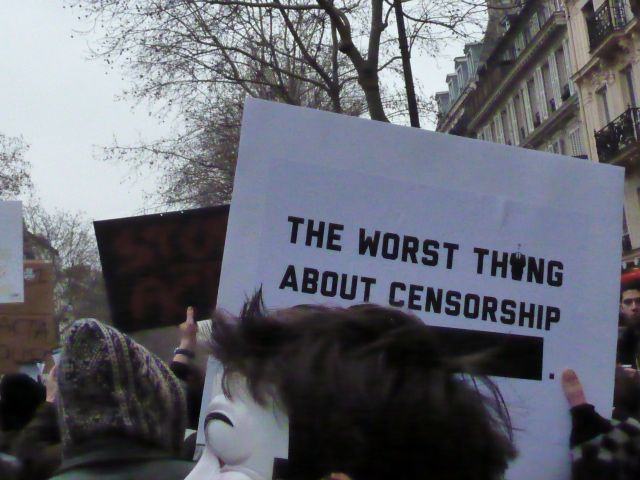 The Covid-19 pandemic has led to further repression of artists across the world Photo: Lamessen

Seventeen artists were killed, 82 were imprisoned and 133 detained over the past year in 26 countries, according to Freemuse in its latest State of Artistic Freedom report. The survey, published last week by the the Copenhagen-based human rights organisation, is based on the analyses of 978 incidents regarding “violations to the right to freedom of artistic expression” documented in 89 countries.

Crucially, the Covid-19 pandemic has also led to further repression with 65 artists detained, prosecuted, or imprisoned for speaking out about the way the pandemic has been handled in their respective countries. The report foreword says: “Through stifling malcontent conveyed by artists, authorities often weaponise the pandemic against freedom of expression, which results in a widespread deterioration of core democratic principles and the rise of authoritarianism.”

Freemuse highlights the plight of the Bangladeshi cartoonist Ahmed Kabir Kishore who was arrested in Dhaka on 5 May last year after he shared a series of cartoons on his Facebook page entitled Life in the Time of Corona. Kishore was charged under three sections of the Digital Security Act, and is still in prison. His brother, Ahsan Kabir, told the Dhaka Tribune newspaper: “He cannot walk properly due to torture by the police during demand, and he is also struggling with many health complexities like his diabetes.”

Meanwhile, on 19 April 2020, authorities in Cebu City in the Philippines arrested artist Maria Victoria Beltran for a satirical Facebook post about the Covid-19 situation across the region. The post—which read “9,000+ new cases (all from [Sitio Zapatera area]) of Covid-19 in one day. We are now the epicentre of the whole solar system”—referred to the rising rate of infections.

Beltran told Freemuse that she was released after spending three days in a prison cell with no daylight, limited food and unsanitary toilet and washing facilities. Charges against her were dropped on 15 September due to lack of evidence.

Cartoonists are often targeted. Steven Degryse Lectrr’s cartoon of a Chinese flag with biohazard symbols instead of stars, which was published in the Belgian newspaper De Standaard on 23 January last year, caused a political storm when the Chinese embassy in Belgium demanded that the newspaper apologise to the Chinese people.

Lectrr tells The Art Newspaper that De Standaard issued a statement declining to apologise “because of our tradition in freedom of speech, and I replied with a cartoon. After that social media threats grew and a death threat had to be reported to the police, but after a few weeks the storm went away as fast as it came.” He says that he did not self-censor following the incident.

The report also singles out 15 “countries of concern” including Turkey, Belarus, Russia, Cuba and the US. David Fitzsimmons, a cartoonist and columnist at the Arizona Daily Star, faced censure last August his cartoon, George Floyd, was posted by a teacher on the website of the Wylie Independent School District in Texas as part of an assignment.

The work was removed after the National Fraternal Order of Police (law enforcement officers’ association) complained that it was “abhorrent and disturbing”. The work showed members of the Ku Klux Klan, cowboys, sheriffs, and slave traders kneeling on the neck of a Black man, bringing to mind the death of George Floyd last May.

Fitzsimmons outlined what happened next. “A number of anti-censorship groups expressed support for myself and the Wylie Independent School District. The school district issued an apology,” he says. And did he then self censor? “Me? Self-censor? Never. The cartoon was fair, depicting my nation’s history accurately. I am blessed with a supportive publisher and syndicate,” he tells The Art Newspaper.

In Turkey, artists are continually at risk from the 1991 Anti-Terror Law and Article 299 of the Turkish Penal Code (Insulting the President of the Republic). “Both laws that have been used to legitimise state repression against opposing ideas and individuals,” says the report. Kurdish artists are particularly vulnerable and often targeted by state authorities.

“It is unimaginable that the record high of prosecution and imprisonment of artists happens in the year when artists and the culture sector have already suffered the loss of their livelihood,” says Srirak Plipat, the executive director of Freemuse. “This year’s report illustrates increasing misuses of blasphemy, anti-terrorism legislation, and Covid-19 measures as pretexts, to silence dissident voices of artists and artworks.”