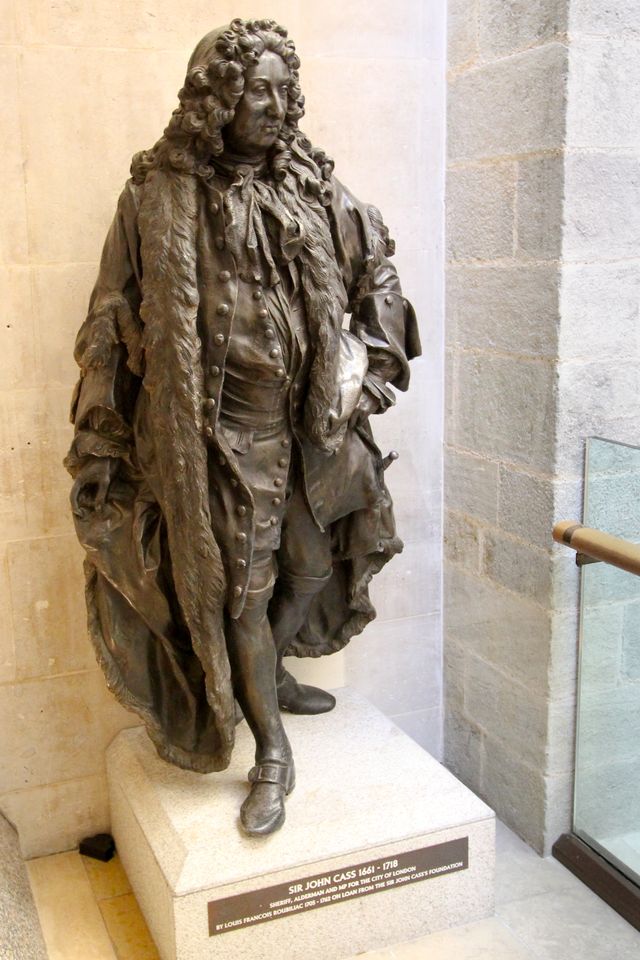 The City of London Corporation, which oversees the Square Mile financial hub in the capital, has voted to remove two historic statues of British politicians with links to the transatlantic slave trade from the Guildhall building in Moorgate.

The statue of William Beckford, a two-time Lord Mayor of London in the late 1700s who accrued wealth from plantations in Jamaica and held African slaves, will be taken down, re-sited and replaced with a new work, says the Corporation. The likeness of Sir John Cass, a 17th-century merchant, MP and philanthropist who also profited from the slave trade, will be returned to its owner, the Sir John Cass Foundation. William Beckford's statue will be re-sited

The move comes after the UK government announced new laws aimed at safeguarding historic monuments across England. The law, at odds with the City of London Corporation’s decision, would come into effect from March and apply to England's 12,000 statues.

A spokeswoman for The Ministry of Housing, Communities and Local Government, which has introduced the legislation, tells The Art Newspaper: “Any removal should require planning permission and local people given the chance to be properly consulted; that’s why we are changing the law to protect historic monuments to ensure we don’t repeat the errors of previous generations.”

Robert Jenrick, the Communities Secretary, has reiterated that he will use his call-in powers where necessary, giving him a final veto on decisions over contentious historic monuments. The Art Newspaper understands that in light of the Secretary of State's comments, the City of London Corporation will look closely at any new legislation to ensure it complies with the law. Guildhall is also a Grade One-listed building so planning permissions will need to be sought if any alterations are made to the property.

The City of London Corporation held a consultative exercise last year asking people for their views on statues and other landmarks in the Square Mile linked to slavery, which drew more than 1,500 responses. Meanwhile, a Tackling Racism taskforce set up last June by the Corporation in the wake of last year's Black Lives Matter protests recommended the Beckford and Cass statues be removed.

"Re-siting statues linked to slavery is an important milestone in our journey towards a more inclusive City." Catherine McGuinness, City of London Corporation Policy Chair,

A new working group will scope options for replacing the Beckford statue with future public realm commissions which mark the abolition of slavery and also recognise the contribution of slavery toward the growth and expansion of the City of London, according to a taskforce document. The working group will also audit “street names and other cultural items that are associated with historic acts of racism such as the transatlantic slave trade”.

Catherine McGuinness, City of London Corporation Policy Chair, says in a statement: “This decision is the culmination of months of valuable work by the Tackling Racism taskforce, which has taken a comprehensive approach to addressing injustice and inequality. The view of members was that removing and re-siting statues linked to slavery is an important milestone in our journey towards a more inclusive and diverse City.”

UPDATE (11 February): The UK government has warned the City of London that removing the statues of Beckford and Cass puts its "rich history" at risk. According to the Daily Telegraph, Robert Jenrick, the Communities Secretary, has written to the Lord Mayor William Russell and senior officials urging them to reconsider their proposal ahead of a private meeting of councillors today.