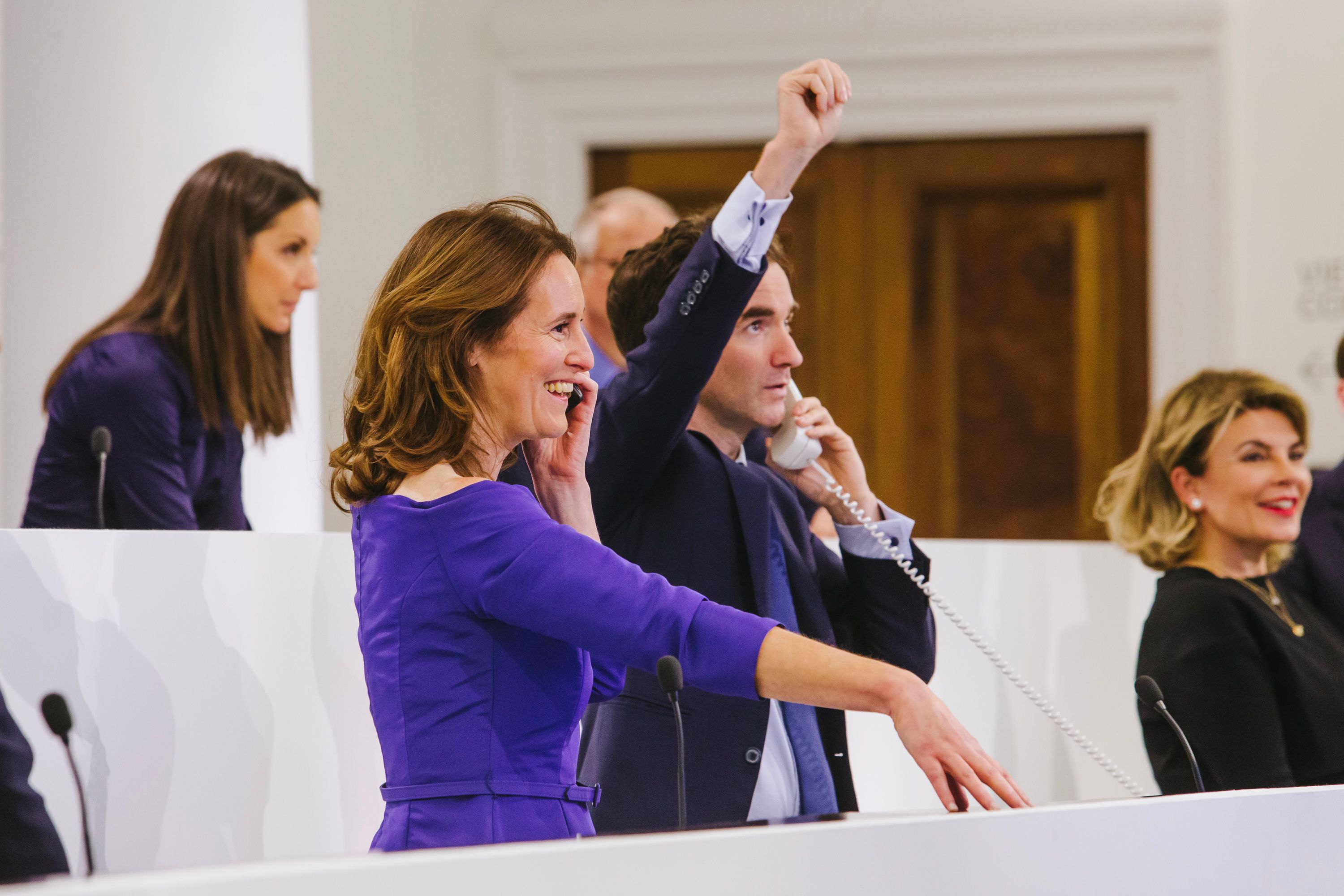 Sotheby's global sales have totalled $2.5bn so far this year, down 26% from $3.3bn over the same seven month period in 2019. Almost half, $1.2bn, was achieved across the auction house's live summer sales in late June and July, during which the most expensive lot of the year was sold—Francis Bacon’s Triptych Inspired by the Oresteia of Aeschylus (1981), sold for $84.6m (with fees) in New York on 29 June.

With the widespread cancellation of live auctions due to the coronavirus pandemic, like all auction houses Sotheby's has relied on online sales to prop up its bottom line—so far in 2020, it has held 180 virtual auctions, compared to 69 between January to July last year, achieving total sales of $285m (up from $40m). The number of lots offered online has tripled, with the most expensive being Ivan Aivzovsky’s The Bay of Naples (1878) at $2.8m (with fees).

Although the value of private sales has dipped slightly—to $575m compared to $583m over the same seven months in 2019—the volume of works sold privately is up 12%, at 724 items compared to 649. This includes works from Sotheby's own inventory. Sotheby's says the artists traded most frequently on the private market include Andy Warhol, Yoshitomo Nara, Eddie Martinez, Sam Francis and Ed Ruscha. Like many commercial galleries decamping from Manhattan due to the pandemic, the auction house also opened a gallery in East Hampton in June, with art, design and luxury goods offered for immediate and private sale.

Francis Bacon’s Triptych Inspired by the Oresteia of Aeschylus © Sotheby's

The Asian market has been crucial in buoying up Sotheby's figures this year, with sales in the region over the seven months reaching nearly $450m, topped by Sanyu’s Quatre nus (around 1950), sold for $33.3m (with fees) in Hong Kong on 8 July.

"The biggest challenge was the top to bottom reinvention of our business while also continuing to serve customers, all while working remotely on short notice and grappling with uncertainty and multiple scenarios," says Sotheby's chief executive Charles F. Stewart of the coronavirus crisis.

With the threat of a second coronavirus wave casting uncertainty over the autumn season, Stewart says Sotheby's will continue with its high-tech live-streamed "‘auction of the future’ format", first rolled out on 29 June, for its marquee sales this autumn. But, he says: "We can continue to improve on it too."

On signs of impending distress sales, Stewart says: "While there are some obvious areas of financial distress, we have had much more inquiry from buyers than sellers actually. We are seeing a high level of inquiry for appraisals though, and I think that will translate into steady supply over the next 12 to 24 months."