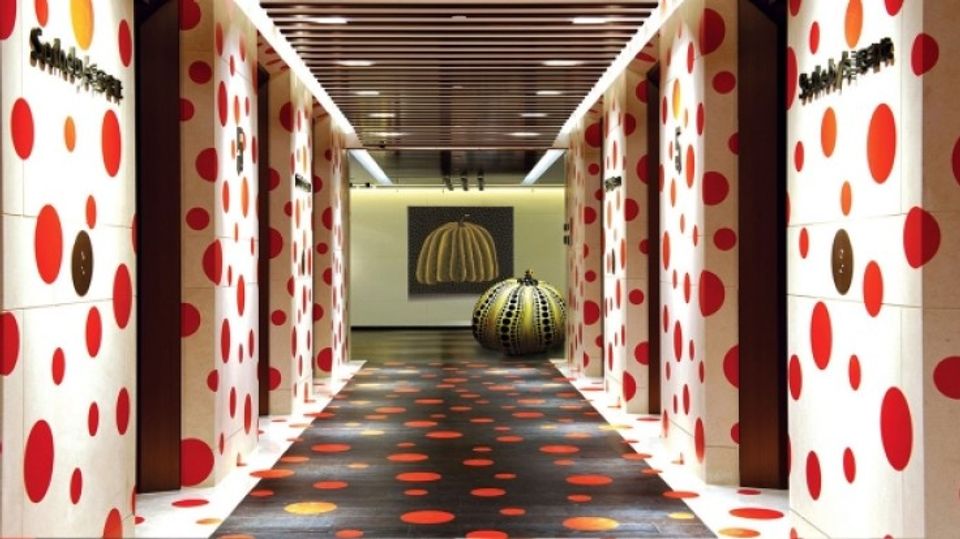 Due to Covid-19, Sotheby's will move its April sales in Hong Kong to New York Courtesy of Sotheby's

The global auction calendar continues to be buffeted by pestilence and geopolitics as Sotheby’s announced today it is relocating its Modern and contemporary art sales in Hong Kong in April to New York due to the coronavirus.

As fresh outbreaks of the virus now known as Covid-19 emerge in South Korea, Iran and Italy, countries are imposing more travel restrictions and containment measures in a bid to halt the spread of the disease, which has so far seen 78,000 cases around the word, the vast majority being in the Chinese province of Hubei.

Kevin Ching, the chief executive of Sotheby’s in Asia, says in a statement the decision was taken after “careful consideration and reflection on nearly 50 years of working with our clients in Asia”. He adds: “April in New York represents the best possible venue and timing for our consignors of Modern and contemporary art.”

Sotheby’s is also postponing its Hong Kong sales of classical and Modern Chinese painting, Southeast Asian art, jewellery, watches and wine from April to July “when we can safely hold a traveling exhibition across Asia”, Ching says.

Earlier this month, Christie’s announced it was moving its inaugural 20th-century and contemporary art evening sale in Hong Kong from March to May. The auction had been scheduled to take place on 19 March to coincide with Art Basel in Hong Kong, which was cancelled on 7 February after weeks of deliberations. Christie’s March wine sale will move to the same May slot, while Bonhams is also rescheduling all of its March Hong Kong sales, although new dates are yet to be announced.

The majority of auctions that had been due to take place during New York’s Asia Week in March have now been postponed until June.

In London, meanwhile, Sotheby’s has taken the decision to squeeze its Impressionist and Modern and contemporary art June sales into one week, instead of two, for the first time since 2007. The move is ostensibly a bid to ease clients’ cramped calendars—and make the most the firm’s newly renovated galleries—but it also helps solve the issue of supply in the UK capital, which has been dogged by Brexit over the past few years according to auction house executives.

Helena Newman, Sotheby’s European chairman and worldwide head of Impressionist and Modern art, says she is “optimistic” about the offerings in June after the “uncertainty” of 2019. Despite the $450m Marron estate going to mega-galleries Pace, Gagosian and Acquavella, Newman expects a good turnout for the May sales in New York, which have also been held during a single week since 2016. “June in London will benefit from that momentum,” she says.

The goal now is to create a jam-packed week in London following Art Basel and ending in time for US clients to return home for 4th July, Newman says. Live auctions will also be supplemented by online-only sales. “We are constantly looking at how we can be more user friendly for our clients who no longer want to jet around quite so much,” Newman adds.

Sotheby’s Impressionist and Modern and contemporary art evening auctions will take place on 23 and 25 June, respectively, while its Modern British art evening sale is slated for 30 June. Day sales will follow as usual.

• Read all of our coronavirus coverage here.