Last sold at auction for $4.9m, offers on the work will be reviewed ahead of the auction house's contemporary and Impressionist and Modern art evening sales on 28 October in New York 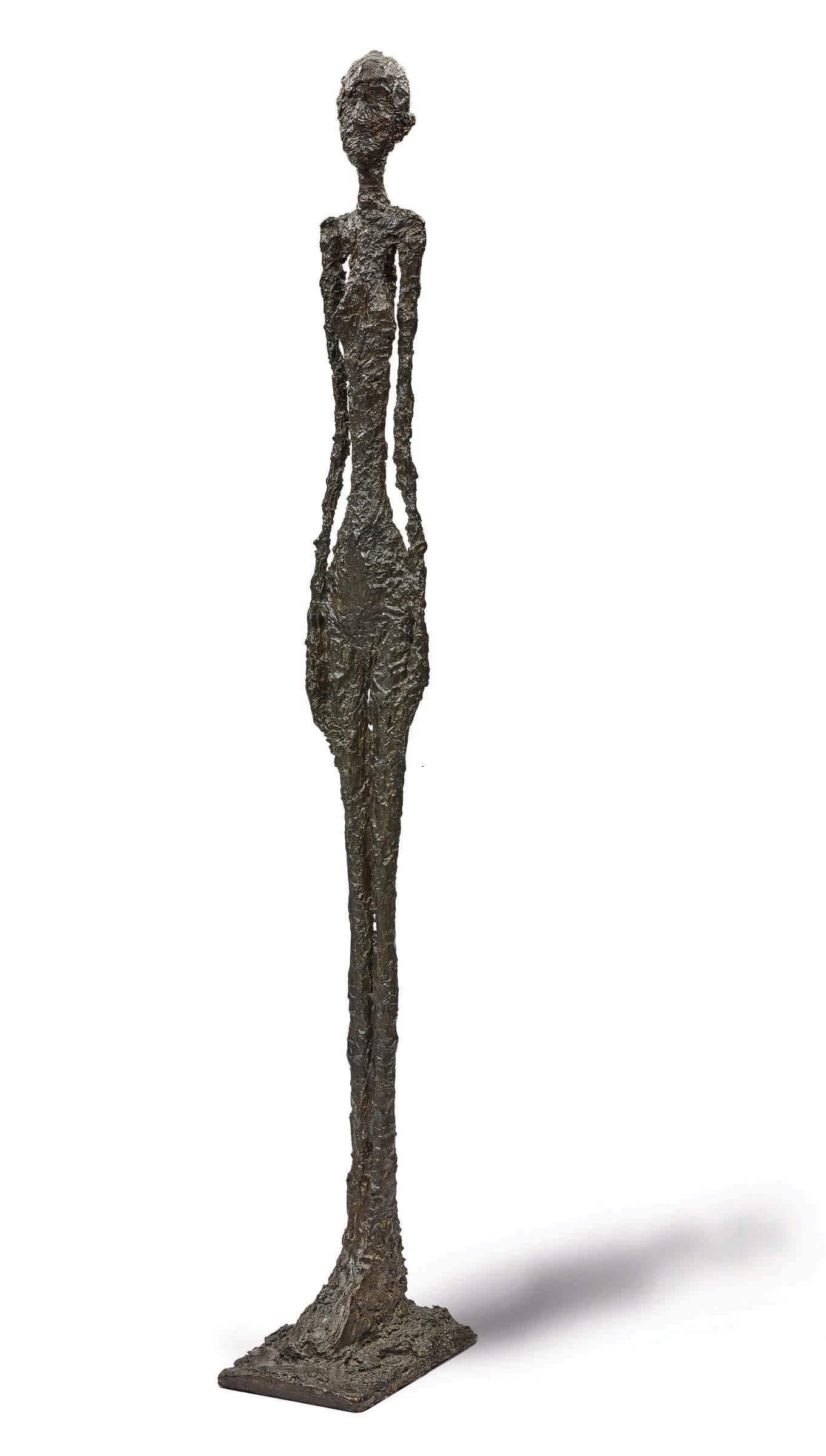 Sotheby’s is offering Alberto Giacometti’s iconic Grande Femme I in a rare sealed bid private sale beginning this afternoon; the minimum bid on the monumental sculpture is a cool $90m and offers must be submitted in multiples of $1m. All offers received by noon on 27 October will be unsealed and reviewed by the auction house’s general counsel and an outside auditor ahead of its marquee evening sales of contemporary and Impressionist and Modern Art on 28 October in New York.

The work hails from the collection of Revlon magnate Ron Perelman, according to Bloomberg, who has already offloaded $350m worth of art in the last few months to settle debts.

Grande femme I is one of a series of four monumental female figures, each standing approximately nine feet tall, which the artist created for an unrealised outdoor sculpture installation in New York’s Chase Manhattan Plaza. The work is the largest in scale by Giacometti to come to market since the record-breaking sale of L'homme au doigt, which became the most expensive sculpture ever when it sold for $141.3m at Christie's New York in 2015.

The present cast of Grande femme I was cast during the artist’s lifetime in 1960 and it is the second in an edition of nine bronzes cast between 1960 and 1981. First purchased by the esteemed Chicago collector Robert B. Mayer from the Paris-based Galerie Maeght in 1961, the work last appeared at auction in 1989 when it sold for $4.9m at Christie’s New York. Its present owner acquired it in a private sale through art dealer and former Miami Marlins owner Jeffrey Loria in 1993.

“Grande femme I is Giacometti’s final realisation of both his ambition to sculpt in massive and haunting proportion, and his dedication to the female subject—a rare synthesis in his body of work and an emblem of his distinct contribution to the history of Modern sculpture," says Brooke Lampley, Sotheby’s vice chairman, Global Fine Arts.

Other casts from the edition reside in the permanent collections of the Museum of Fine Arts, Houston, which has the first cast; the Tehran Museum of Contemporary Art; The J. Paul Getty Museum in Los Angeles; the Fondation Maeght in Saint-Paul-de-Vence; and the Fondation Giacometti in Paris.

Sealed bid sales have been used at Sotheby’s and other auction houses intermittently. A similar private sale format with public exposure was used to promote the In Confidence: Selected Masterpieces sale at Sotheby’s Hong Kong in May. The highest bidder will acquire the work, subject to the rules and regulations of the sale, but the final sale price and the buyer will not be announced. All bids are considered irrevocable at the time of their submission.

“Presenting such a unique and unparalleled work in a way that combines the benefits of a private sale and an auction, we have created a bespoke sale that was designed for this moment in time, Amy Cappellazzo, Sotheby’s chairman, Global Fine Arts, says in a statement, adding that “the offering of Grand femme I at such an important juncture of our amended fall sale schedule further underscores the strength of the market and the flexibility we’re able to provide our clients and consignors”.