Missing for six decades, La Mesa Herida (The Wounded Table) may be in a London warehouse, but experts say the work is likely a fake 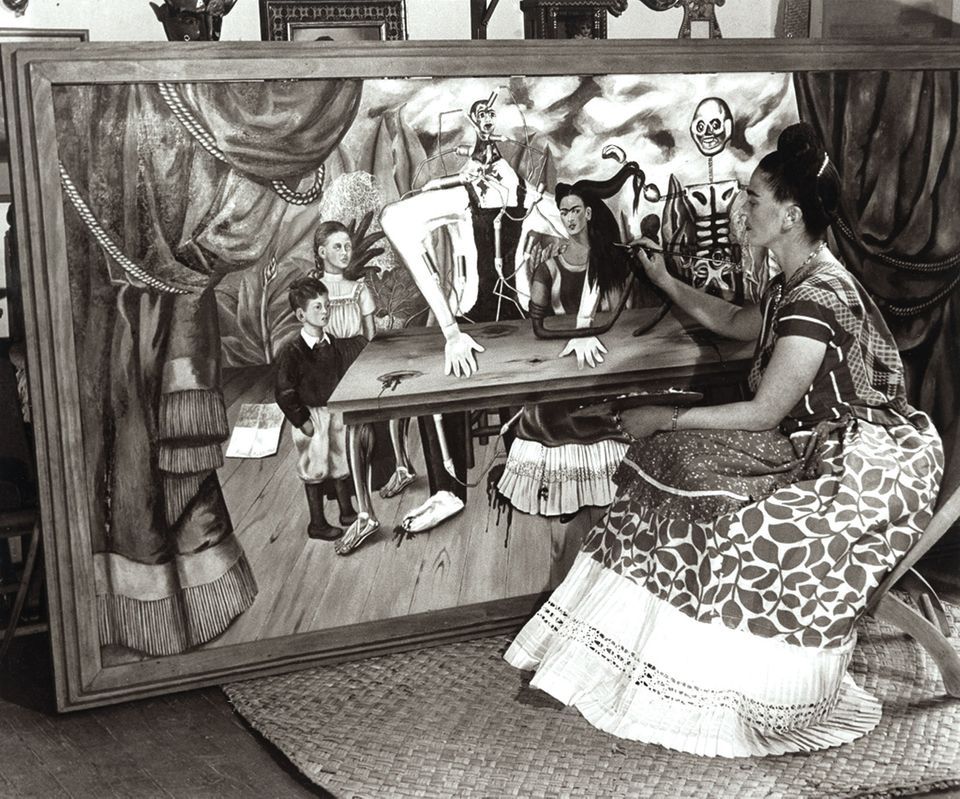 A Spanish art dealer named Cristian López claims that he has located the “holy grail” of Frida Kahlo’s oeuvre, the long-lost painting La Mesa Herida (The Wounded Table) from 1940 that went missing 65 years ago. The painting is currently in a warehouse in London, according to López, and its anonymous owner is requesting around $45m for it. Meanwhile, experts question the painting's authenticity.

The art historian Helga Prignitz-Poda says that photographs of the original work show clear differences between the lost painting and the one López is offering for sale, which bears "greater similarities to later inaccurate replicas of the work, according to the Associated Press (AP), which first reported the story.

The oil on wood painting—in which Kahlo depicts her anguish following her separation from her husband, the muralist Diego Rivera—was first shown in Mexico City at the International Surrealism Exhibition in 1940. Kahlo donated the painting to the former Soviet Union in 1945, which was organising an unrealised room devoted to Mexican artists at the Museum of Western Art in Moscow. In a 2018 essay for the International Foundation for Art Research (Ifar) Journal, Prignitz-Poda and the independent curator Katarina Lopatkina found that Kahlo, a dedicated Communist, sent the work to Moscow as “a gift of friendship”, but documents show that Soviet officials considered it to be an example of “decadent bourgeois formalist art” and unsuitable for public display. When the project was dropped, the painting was placed in storage.

The work was last seen and photographed in Warsaw in 1955, where it had been loaned for an exhibition of works by Mexican artists at the Zacheta National Gallery of Art, which later travelled through the Eastern Bloc and China. The photograph taken in the Warsaw exhibition, however, is the last record of the painting’s whereabouts, and there is still no known indication of whether the work was returned to Moscow, nor if it was purchased or damaged.

Over the last six decades, scholars of Kahlo’s work have unsuccessfully attempted to track down the painting. But most remain steadfast that the painting López claims to be selling is not authentic.

Another art historian, Susana Pliego, who worked with Kahlo’s archive for years, also agrees that the painting is fake, and blames the “Fridamania” of the art market for the rampant counterfeiting of the artist’s work, as Kahlo had produced just around 200 paintings before her death in 1954.

Hans-Jérgen Gehrke, an art collector who operates a museum dedicated to Kahlo’s works in southwestern Germany, considers it “implausible, if not directly ridiculous,” that an unknown 22-year-old businessman operating a website from a town in northwestern Spain is the guardian of the missing painting.

“There are thousands of Frida Kahlo fakes,” Gehrke told AP. “She is possibly the artist who has painted more dead than in life.”

However, López, who says he represents the anonymous owner of the painting, stands firm in defending its authenticity and claims “time will give us the truth”, suggesting that the painting has been authenticated by various specialists, who he did not name.

In 2018, Raúl Cano Monroy, an investigator who organised an exhibition at the Home-Study Museum in Mexico City in 2017, claimed to have uncovered new clues about the painting while working with the archive of the National Front of Plastic Arts, which promoted Mexican art during the 1950s. Monroy said he could not share further details regarding his ongoing investigation but said: “I think in five years my investigation will bear fruit."