Head of Repin Institute, which is popular with Chinese students, says it has "a lot in common" with Chinese art academies 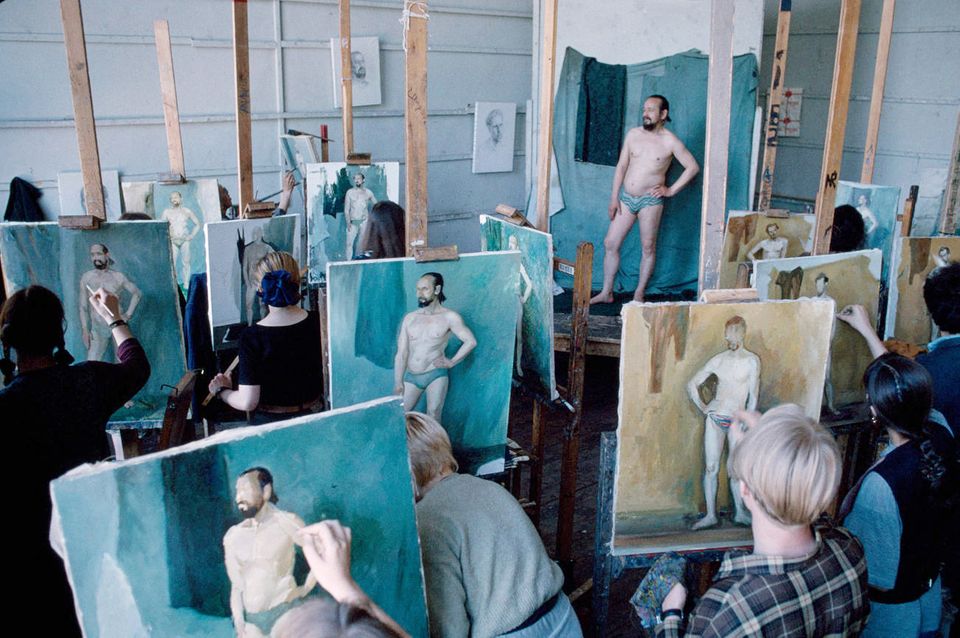 Naked ambition? A life drawing class at the St Petersburg Academy of Arts, which has confirmed that it has been approached about opening branches in China National Geographic Image Collection/Alamy Stock Photo

The St Petersburg Academy of Arts, which is popular with Chinese students, has been approached about opening branches in China. Also known as I.E. Repin St. Petersburg State Academic Institute of Painting, Sculpture and Architecture, the school’s main website is available in Chinese—but not in English.

A delegation from the Chinese province of Hainan visited the institute for talks in June. Meanwhile, teachers and students from the Repin Institute reportedly participated in a joint plein air painting session in Hainan in May to mark the 70th anniversary of diplomatic relations between Russia and the People’s Republic of China.

We have a lot in common with [Chinese art academies] Semyon Mikhailovsky, St Petersburg Academy of Arts

Semyon Mikhailovsky, the rector of the Russian academy confirms that proposals have been made by provincial leaders and representatives of Chinese business to create branches of the Repin Institute. But while these proposals “deserve attention”, he says, there is “no chance” such plans can go ahead without the participation of large, well-known Chinese academies.

“We have a lot in common with [Chinese art academies],” Mikhailovsky says, “both in the sense of Soviet history and in the sense of camaraderie and friendly relations”. He adds that China wants to lead the future of technology but also art. “They have a special attitude to education in various fields. We understand this, respect their choice, but we are in no hurry to make quick, emotional decisions.”

This week, Mikhailovsky is due to chair a roundtable discussion on Russian-Chinese co-operation in art education at the eighth St Petersburg International Cultural Forum. Fan Di’an, the president of the Central Academy of Fine Arts in Beijing, and Xu Jiang, the director of the China Academy of Art in Hangzhou will participate in the roundtable. China will be the main guest at the event. Vladimir Medinsky, the culture minister, said that Saudi Arabia will be the guest country in 2021.