The International Association of Machinists and Aerospace Workers, which already represents security guards, could cover all the institution’s departments 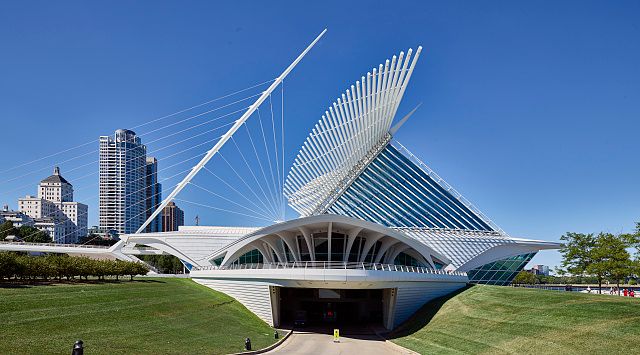 Workers at the Milwaukee Art Museum (MAM) have announced their intent to unionise with the International Association of Machinists and Aerospace Workers District 10. Staff announced their organising campaign on a new website, demanding better diversity in hiring, especially at the upper level of management, fair pay and benefits, and job security.

“We cannot sustain ourselves on the prestige of working at Wisconsin’s most recognisable cultural institution,” the group statement reads. “Our combined creativity and strength will make MAM stronger and better poised to face the challenges of the future. But we need to be heard first.”

The union has represented the museum’s security guards for decades, recently winning them a new three-year contract and wage increases. With the guards’ support, the organising staff is seeking a “wall-to-wall” union that would cover all of the museum’s departments. Despite pandemic-related furloughs, the union is collecting signed cards from all MAM employees who want to be represented, regardless of their employment status.

“We are still in an early period and unsure if management plans to recognise the respectful relationship we’ve had for decades, or if this will go the way so many other organising campaigns go,” the union’s spokesman Alex Hoekstra says.

While organisers have worked behind the scenes for about eight months, management says they are only now learning about the efforts. “We continually work toward creating a safe, healthy, and open environment for all our employees,” a spokesman says in a statement. “We invite dialogue and encourage staff to address any issues with their supervisor or human resources.”