Local politicians in Oxford hope to take down the controversial statue of the Victorian imperialist Cecil Rhodes from Oriel College after thousands of protestors demanded its removal at a mass rally yesterday.

The leader of the Labour-controlled city council, Susan Brown, has asked Oriel College (a Grade II* listed building) to apply for planning permission to remove the statue. Brown adds that “it would be better for the statue to be placed in a museum, such as the Ashmolean or the Museum of Oxford, to ensure this noteworthy piece of the story of our city isn’t lost to history.”

Margaret Dalivalle, a Leonardo scholar at the university of Oxford and Oriel College alumna, says that the deadlock over the controversial statue by Henry Alfred Pegram could finally be broken. “The relevant permissions must be sought for any adjustment of the fabric or removal of the object, but to judge by the comments of many Oxford City councillors in recent days, there is a growing receptiveness to different options," she says. 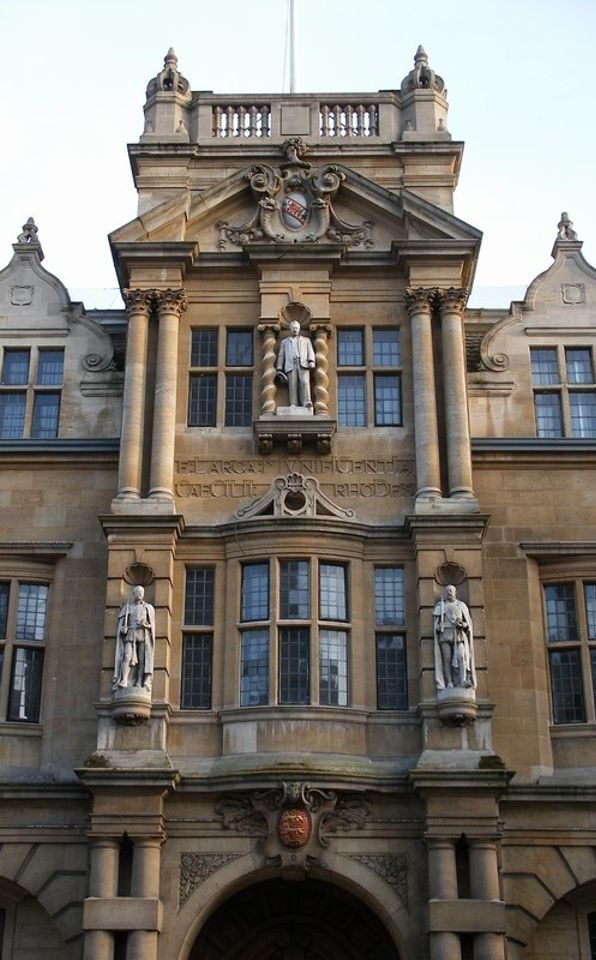 In 2016, college officials kept the statue after a consultation process showed "overwhelming" support for the piece. "I am hopeful of some clarity on the issue of the Rhodes sculpture this time around. In 2016, there was a disappointing failure of imagination,” Dalivalle says.

She has written to Neil Mendoza, the provost of Oriel College, asking him to take action. He is "uniquely positioned to demonstrate leadership on the wider issue of controversial statuary in the urban landscape, since he is Cultural Commissioner at DCMS [the Department for Digital, Culture, Media and Sport] and also a Visitor (trustee) of the Ashmolean Museum, not to mention his previous roles in heritage and as leader of the Mendoza review of museums.”

Campaigners from the Rhodes Must Fall group—inspired by the toppling of the Edward Colston statue in Bristol by Black Lives Matter demonstrators—say that the 19th-century politician and diamond mining magnate represents white supremacy and supported apartheid-style measures in South Africa.

Dalivalle adds that “Oriel College is an autonomous body, with recourse to all the cultural and intellectual resources of a great university. It would be a failure of imagination to let the current stalemate continue. A way forward could involve the intervention of artists, for instance, Hew Locke.” London-based artist Locke has focused on re-imagining Victorian statues as part of his practice.

The medievalist and BBC Four presenter Janina Ramirez, who attended Oxford University (St Anne’s College), tweeted: “[…] In all my time in Oxford I’ve seen extraordinary, brilliant people. Then there’s a part that scares & disturbs me. That black students have to walk under a statue of a colonialist is a symbol; a symbol of wrongs that the university needs to address. I stand in solidarity.” She later adds: “I believe [Oxford University] has a firm commitment to righting the wrongs as best it can.”

In a statement, Oriel College says it “abhors racism and discrimination in all its forms”, adding: “As a college, we continue to debate and discuss the issues raised by the presence on our site of examples of contested heritage relating to Cecil Rhodes.”

According to the BBC, the college denied claims that donors threatened to withdraw more than £100m in funding if the statue was removed.

UPDATE (17 June): The governing body of Oriel College has voted in favour of removing the statue of Cecil Rhodes; the college has also launched an independent commission into the "key issues " surrounding the controversial statue. The governing body says in a statement that they "expressed their wish to remove the statue of Cecil Rhodes and the King Edward Street Plaque. This is what they intend to convey to the independent commission of inquiry."

The statement continues: “The commission will deal with the issue of the Rhodes legacy and how to improve access and attendance of BAME [black, Asian and minority ethnic] undergraduate, graduate students and faculty, together with a review of how the college’s 21st-century commitment to diversity can sit more easily with its past.”