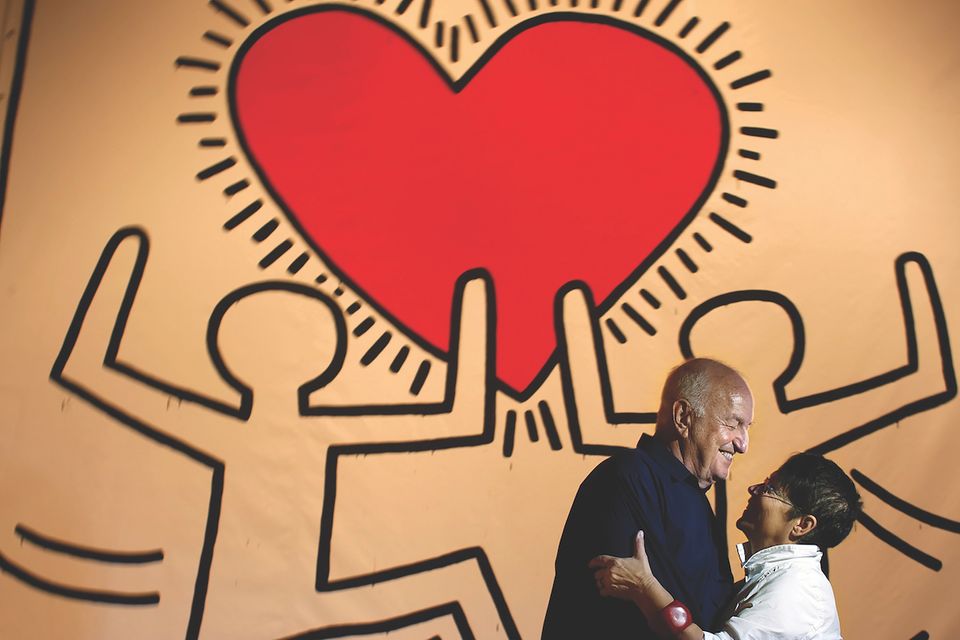 Two of Miami’s leading contemporary art collections have found new homes in repurposed warehouses in the city’s Allapattah neighbourhood and both open to the public this week during Art Basel in Miami Beach. The Rubell Family Collection, which was founded 26 years ago in nearby Wynwood and spurred the area’s development as an art and design district, now has a vastly increased 100,000 sq. ft campus on 23rd Street and has rebranded itself as the Rubell Museum. A few avenues north on the same street, the philanthropist and real estate developer Jorge Pérez has created a 28,000 sq. ft exhibition space called El Espacio 23 for rotating shows of his personal collection.

Together, these new anchors are poised to attract a stream of visitors as well as other arts organisations to Allapattah, an area characterised by a mix of moderate-income single- family homes and duplexes with warehouses and wholesale retail businesses. “I hope it will promote Allapattah as the arts growth neighbourhood,” says Pérez, whose company, Related Group, is looking to develop space for art storage, galleries, artists’ studios and affordable housing in Allapattah.

The Rubells were initially on the hunt for low-cost storage space for their collections. Scouting the neighbourhood three years ago, the Rubells kept driving past a complex of six interconnected warehouses spanning a full city block. “When we walked in and saw the expanse, we thought: ‘This resembles some of the classical museums, with a central spine and loops of galleries to the right and to the left’,” says Mera Rubell, who, with her husband, Don, and son, Jason, were inspired to expand the public mission for a collection that now numbers 7,200 works by more than 1,000 artists. 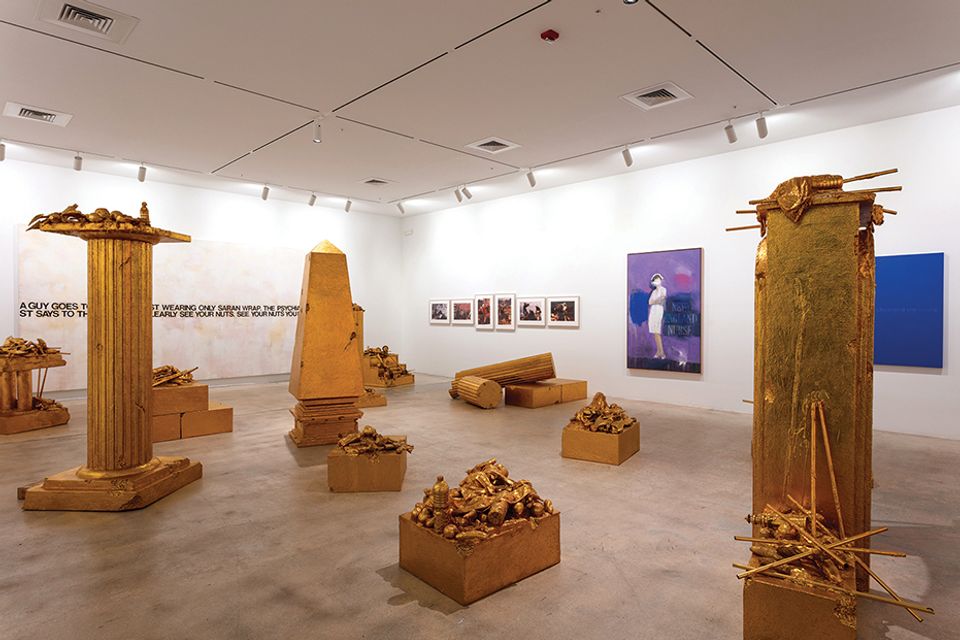 A gallery in the new Rubell Museum, with John Miller’s installation A Refusal to Accept Limits (2007) Courtesy of the Rubell Museum. Photo: Chi Lam

Working with Selldorf Architects, they have transformed the industrial complex into 40 galleries, which more than doubles their previous exhibition space and provides the flexibility to stage multiple individual shows. “Before, if we had an exhibition coming or going, we had to shut down the entire building,” Rubell says, noting that now they can just close off a wing for reinstallations.

Visitors enter the new campus through a garden filled with indigenous plants from the Everglades and can mingle in the bar pavilion or indoor-outdoor restaurant before paying admission (except for those 18 and under, who get in free). “We really concentrated on social spaces, which we didn’t have before,” Rubell says. 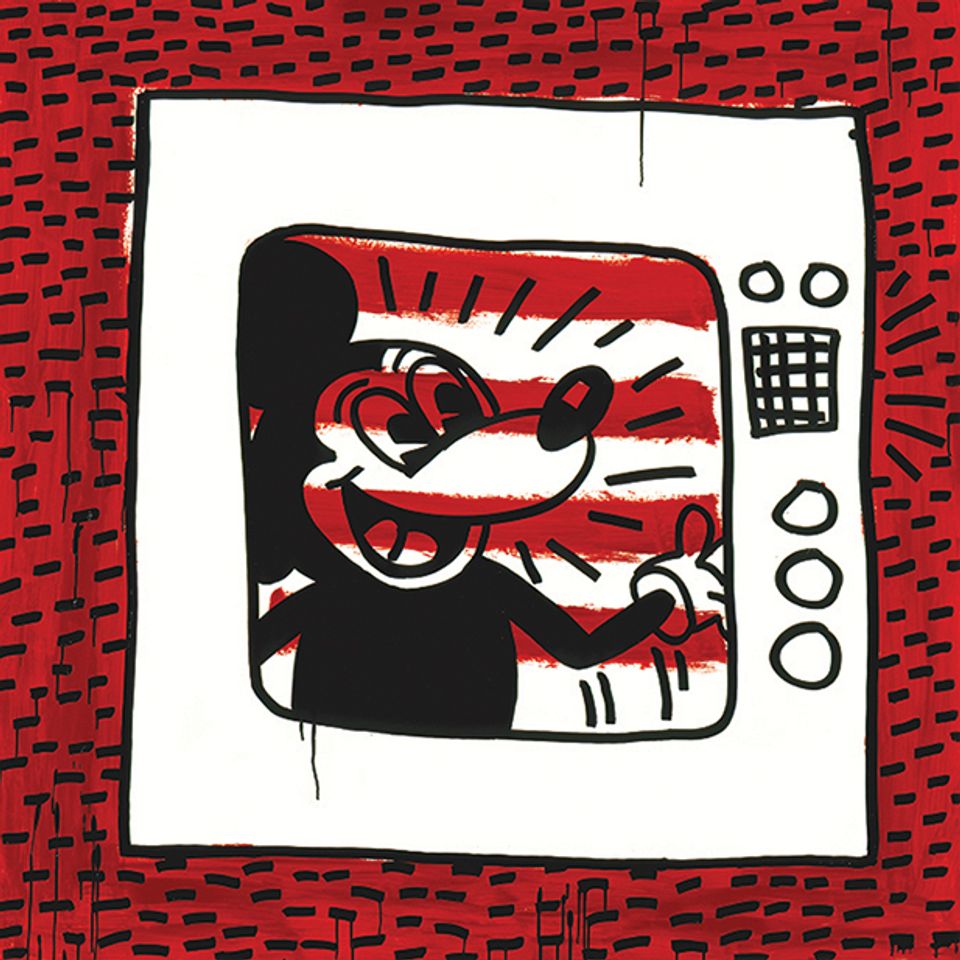 The inaugural museum-wide show provides a history of the 54 years the Rubells have been collecting. It highlights art acquired very early in the careers of Cindy Sherman, Jeff Koons, George Condo, Keith Haring, Elizabeth Peyton, Kerry James Marshall and Kaari Upson, among others, as well as works the Rubells commissioned from their artist-in- residence programme by people including Lucy Dodd, Sonia Gomes and Oscar Murillo.

“Twenty-six years into this, we now feel we’ve earned the privilege of calling ourselves a museum”

“We have the hit parade of the shows we’ve done over the years,” Rubell says, singling out major travelling exhibitions such as 30 Americans and No Man’s Land. “Plus, we’re showing the very young artists that maybe we collected yesterday,” she adds. The family has also installed their Carl Andre floor sculpture for the first time, which requires a 60-by-60 sq. ft space without columns. “We’ve owned it for 20 years but never had a space to show it,” Rubell says. 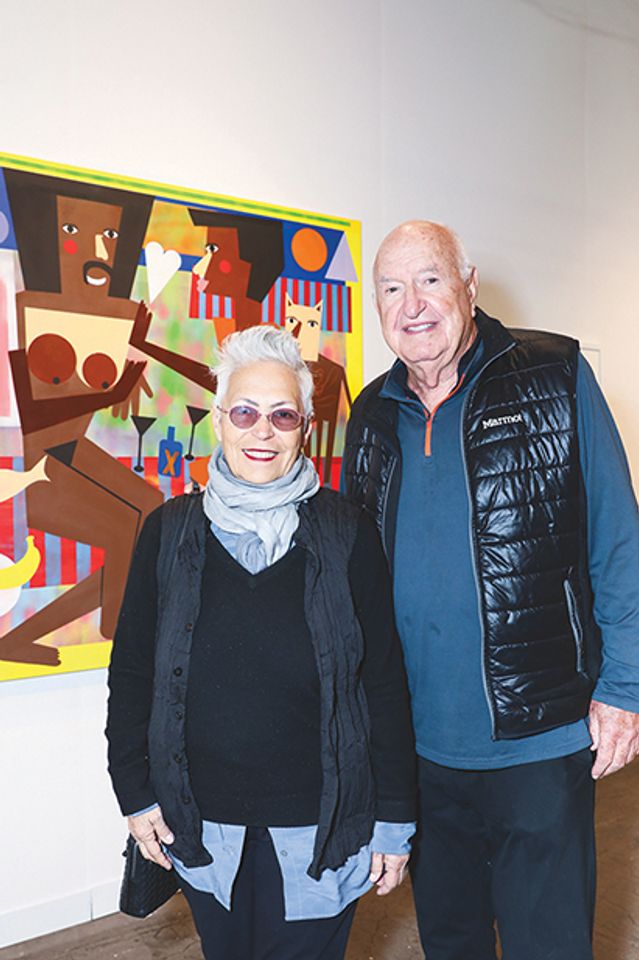 In 1993, when the family was initially preparing to open their collection to the public in Wynwood, Rubell says they debated whether or not to call themselves a museum. They decided at the time that it would have been arrogant. “Twenty-six years into this, we now feel that we’ve earned the privilege of calling ourselves a museum,” Rubell says. “We didn’t take it on lightly. For us it was really a big leap.”

Pérez, too, went to Allapattah looking for space to store his ballooning 1,500-work collection, amassed entirely in the six years since he transferred his original trove of Latin American works to the Miami Art Museum, which was renamed the Pérez Art Museum Miami (PAMM) in his honour. But, after finding an expansive and well- located warehouse a year ago, equidistant to downtown and the airport and next to two main expressways, he decided not to waste it on storage. “Almost right away, we started dreaming bigger,” he says, “to do something that is much more for the neighbourhood, for the city, for the public.” 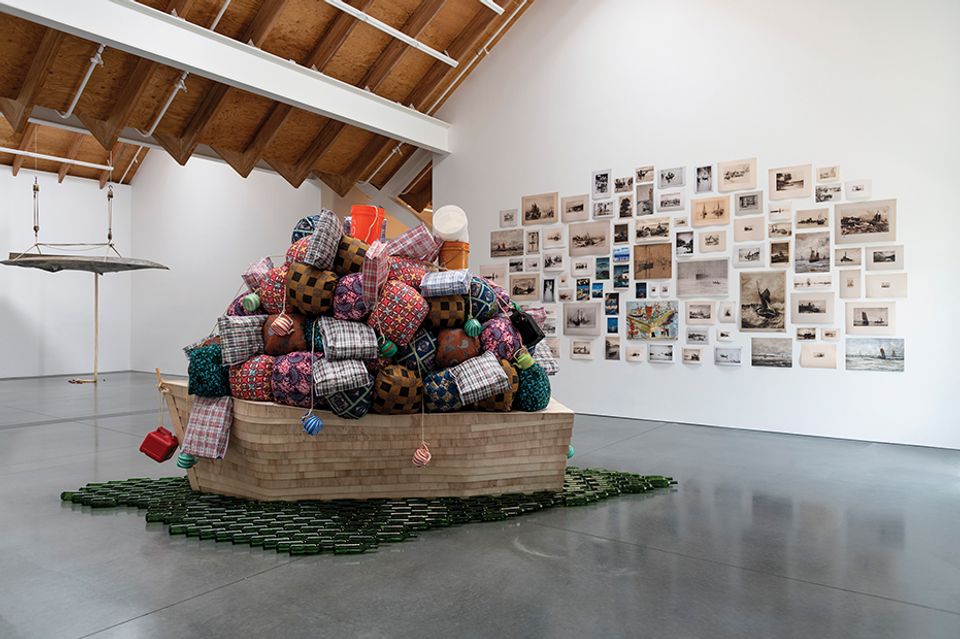 Pérez has personally designed El Espacio 23 as an extension of his home, with a library, living room and bar area as well as room to host up to three exhibitions simultaneously. A second entrance leads to three furnished flats with attached studios for artist and curator residencies. The first round of artists in residence are Alberto Baraya from Bogotá, the Lima-based collaborators Raimond Chaves and Gilda Mantilla, and Susana Pilar Delahante from Havana. “It’s important to bring artists to Miami, to help the city grow artistically and to help the artists,” Pérez says. “I always wanted to engage great curators from outside our practice.”

He has enlisted the Colombian curator José Roca to conceptualise the inaugural show. Time for Change: Art and Social Unrest in the Jorge M. Pérez Collection (until 1 May 2020) includes nearly 100 works by more than 80 international artists, with monumental installations by William Kentridge, Barthélémy Toguo and Fernando Sánchez Castillo, among others, being shown for the first time. There is a concentration of Latin American and African artists, both living in their own countries and in the US and Europe, who address social issues and various forms of marginalisation.

“I come from Latin America, with countries that have had inequality in income distribution,” says Pérez, who was born in Argentina to Cuban parents and spent his formative years in Colombia. “On the way to my fancy school, I would see people living in tin shacks without running water. Societal ills were always on my mind.” 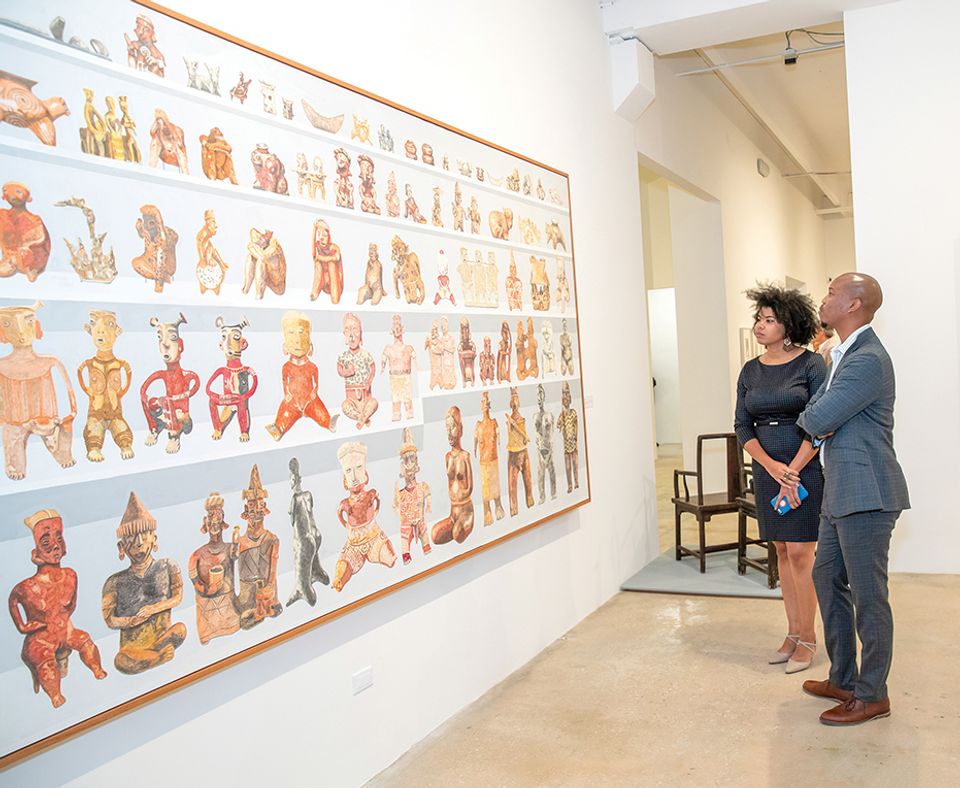 Both Pérez and the Rubells are excited by the accessibility of the Allapattah location. Rubell notes their museum’s proximity to public transportation, which they did not have in Wynwood. Pérez hopes to bring every public high school in the city to his space, which is free to the public. For the residencies, his staff has selected artists with socially-engaged practices to work with the immediate Allapattah community. Baraya, for instance, is creating an installation of decorative and celebratory flowers that he is gathering from people’s homes in a series of meetings and exchanges.

Yet Pérez acknowledges the negative potential of gentrification. “Anytime you ‘discover’ a neighbourhood—like Wynwood, or the meatpacking district in New York—there is change, and the change many times means that people will be displaced,” he says, noting that property prices have almost doubled in Allapattah in the last year. “It’s a very difficult situation.” In future Allapattah projects, he says he is committed to creating affordable housing, both for artists and people outside the arts.

“We have already seen the galleries priced out of Wynwood coming to us and saying, ‘Wouldn’t it be great if you can create a space for galleries that don’t have to pay $60 a square foot?’,” Pérez says.

Pérez hopes El Espacio 23 will become a cultural resource. “A lot of people say art is just for rich people,” he says, countering: “Art tells the story of our times. It’s a powerful tool for telling you what’s going on and particularly what is going wrong.”