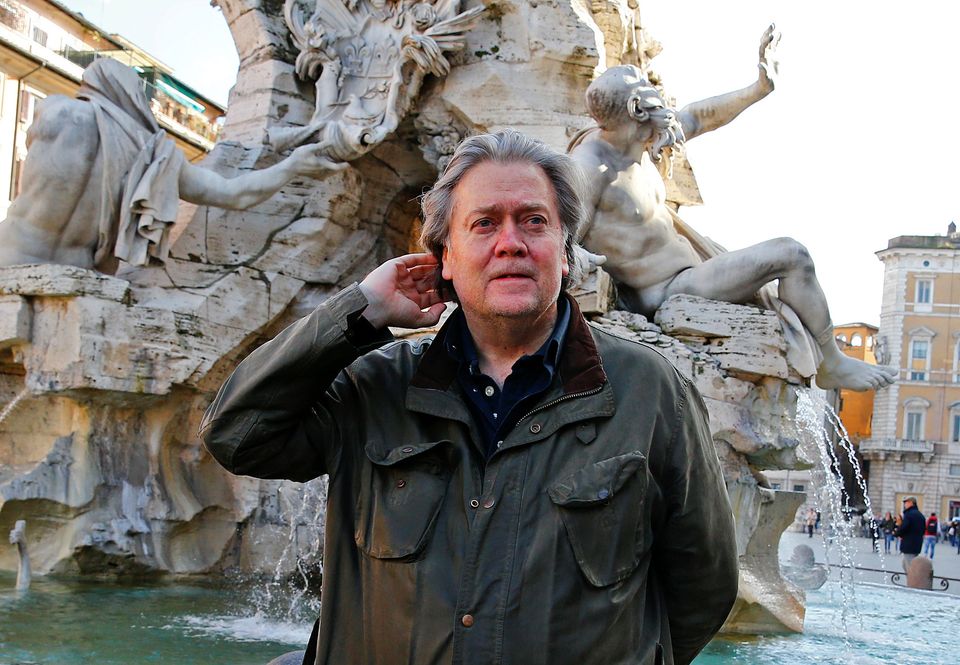 A right-wing religious group funded by US President Donald Trump’s former chief strategist, Steve Bannon, has won the first major legal battle in its fight to stay in a medieval monastery southeast of Rome. However, the organisation is now facing criminal prosecution.

In a ruling published yesterday following a hearing two weeks ago, three administrative judges definitively rejected the ministry of culture’s attempt to revoke a 19-year lease it granted over two years ago to the Dignitatis Humanae Institute (DHI), a Catholic lobby group, for the Certosa di Trisulti, a spectacular abbey built by Carthusian monks in the 13th century on the top of a densely-forested mountain.

The lease was awarded as part of an initiative to involve the private sector in the management of abandoned cultural sites in Italy.

The judges concluded that the ministry had failed to act within the prescribed time limit for the annulment of public contracts. The verdict is an embarrassing defeat for the Italian ministry of culture which had argued that the time limit should not apply because the DHI made “false and mendacious” statements in its application for the lease, an allegation which the administrative judges say the ministry failed to provide evidence for.

The judges further noted that the ministry of culture’s allegations against the DHI need to be proven in a criminal court before the lease awarded to the religious group can be revoked.

The Certosa di Trisulti, the 13th-century monastery south-east of Rome

This morning, the DHI’s founder and director, Benjamin Harnwell, received notice from the Attorney General’s office in Rome that he is now facing a criminal prosecution into the alleged irregularities. He denies any wrongdoing.

A battle in the criminal courts will require extensive disclosure of documents related to the case, including internal government communications, and is likely to draw attention to the ministry of culture’s own contradictory statements and botched handling of the case.

When asked by The Art Newspaper last November why the ministry had failed to notice the alleged irregularities made by the DHI in its application for the monastery lease, Antonio Lampis, the director general of museums for the ministry, said it was because of “extreme” staff shortages. This, despite the fact that a five-person panel set up by the ministry to judge applications for the monastery’s takeover met four times from April to June 2017 to assess the DHI’s eligibility and its proposals for the building.

From the start, the DHI has argued that the ministry of culture’s case against it is politically motivated. The ministry’s attempt to revoke the group’s lease was launched after Steve Bannon and Benjamin Harnwell announced that they intended to use the monastery to launch an Academy for the Judeo-Christian West which would offer courses in history, philosophy, theology and politics. It would also “institutionalise the thoughts and political insights of Steve Bannon”, Harnwell said, a revelation which sparked public protests and parliamentary questions from Left-wing parties.

One of Italy’s leading cultural property lawyers, Maurizio Fiorilli, who has served as deputy attorney general and who is not connected to this case, noted in an email sent to The Art Newspaper before yesterday’s ruling that the fight to oust the DHI from the monastery was “triggered by local public opinion…and [subsequently] assumed a political dimension after a local politician took an interest in the case.” However, “the move to annul the lease [granted to the DHI] is strictly juridical and the administrative judges must decide solely on the basis of juridical and not political criteria”.

In a statement sent to The Art Newspaper following the publication of yesterday’s verdict but before the announcement of the criminal prosecution, Benjamin Harnwell said: “I am very satisfied with this result. Now I hope to be able to carry out the monastery’s restoration project in accordance with the programme we presented during the tender. The DHI is [also] pleased to announce with great joy that registrations will open for the long-awaited Academy for the Judeo-Christian West on 1 June, which — for now — will be online distance learning, managed and carried out directly from the United States.”

Harnwell declined to say whether he hopes to move the academy to the Italian monastery once the country has begun to recover from the devastating economic fallout of the Covid-19 crisis. Any such move now depends on Harnwell winning the criminal case.

In another statement sent to The Art Newspaper before the announcement of the criminal prosecution, Steve Bannon said: “We stood by the monastery, the community and Italy during this pandemic when it would have been easy to walk away. We now launch the programme of learning and training that will make the world more prosperous, more secure and more healthy for everyone.”

UPDATE: In a statement sent to The Art Newspaper after publication, the Italian ministry of culture said it would appeal the verdict published by the administrative court on 26 March