Biting satirist looks to art history for some of his caricatures, such as a recent sketch of Boris Johnson as Mona Lisa 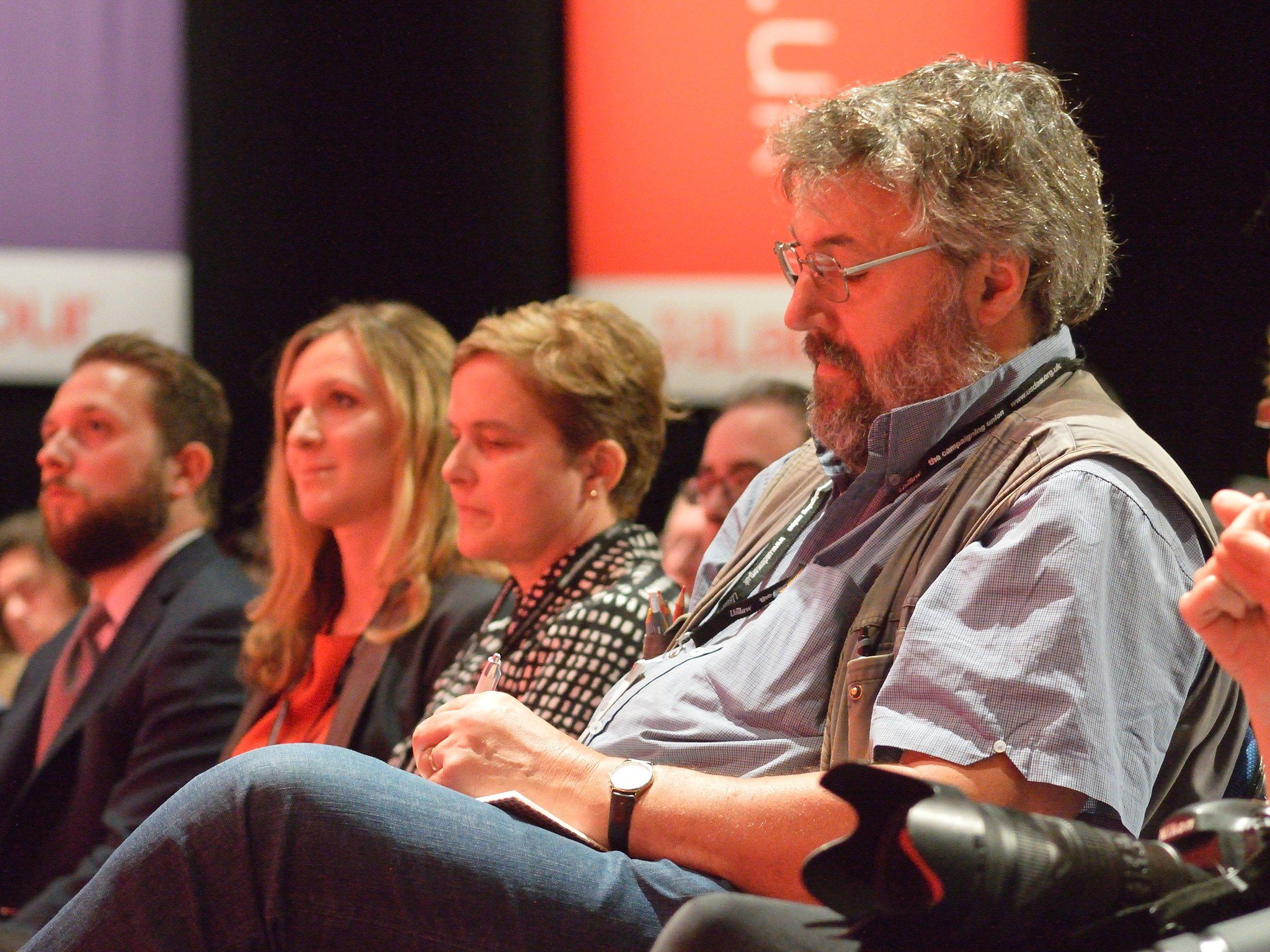 Steve Bell at work during a Labour Party Conference in 2016 Photo: Rwendland

Leading political cartoonist Steve Bell, who often draws on art historical references in his biting caricatures, is leaving the Guardian after nearly 40 years. Bell joined the UK newspaper in 1981; according to media reports, his contract will not be renewed when it expires next year after the Guardian recently announced plans to cut 180 jobs in the wake of the coronavirus crisis (its representatives declined to comment further on Bell’s position).

“I worked with Steve Bell when I was at the Guardian. He was and is an evil genius. Anyone who thinks it’s a good idea to get rid of Steve Bell is a pitiful thinker,” tweeted the Sunday Times art critic Waldemar Januszczak.

I worked with Steve Bell when I was at The Guardian. He was and is an evil genius. Anyone who thinks it’s a good idea to get rid of Steve Bell is a pitiful thinker. Pitiful. https://t.co/pxtKlGhij5

But his cartoons have also proved controversial. He was recently accused of racism for depicting the UK Home Secretary Priti Patel as a bull and also denied using anti-semitic tropes in a cartoon published June 2018 which showed the late Palestinian medic Razan al-Najjar burning. “Contract ending has everything to do with budget cuts and nothing to do with Priti Effing Patel!” said a tweet from Bell’s official Twitter feed @BellBelltoons.

Bell, who graduated in fine art from Leeds University in 1974, often draws on his knowledge of art history. In May, he highlighted the Covid-19 crisis engulfing care homes in the UK, resulting in more than 20,000 deaths, by creating a cartoon showing an isolated fortress-style building in the middle of the ocean. A deathly figure reminiscent of Charon, the mythological ferryman of the dead, carries the coronavirus in his boat.

The work is based on Swiss painter Arnold Bocklin’s 1883 work The Isle of the Dead. One contributor on the Guardian website pointed out that the cartoon was “a searing comment on this government's manifest dereliction of duty”.

But Bell replaced the sitter with his trademark depiction of the UK leader as a pair of buttocks topped with a mop of blonde hair. The London-based illustrator Hugh Hadfield says that “Steve Bell takes caricature to an extreme. This image, Monabozza, is a great example.” Bell always portrayed former Prime Minister David Cameron with a condom wrapped tightly around his head.

In 2011, Bell told the Guardian: “There is no defined career path to becoming a cartoonist. I came to it almost in reverse. I have loved cartoons, drawing and having a laugh, but the notion of doing it for a living didn't take root until very late. I had studied art, but I found the idea of being an artist risible.” Retrospectives dedicated to Bell were held at London’s Barbican Centre in 1999 and at Sir John Soane’s Museum in 2001.

UPDATE (25 July): Steve Bell says: “My contract as it stands will end at the end of next April, but I hope that this won’t preclude me from doing further large cartoons for them. I am waiting to hear from the powers that be at the Guardian whether this will be possible.”