At Tuesday’s preview, the actor and art enthusiast spoke about his first encounter with the Canadian painter’s work, and offered advice to young artists

Steve Martin the curator and art enthusiast occasionally gave way to Steve Martin the comic and film star at the media preview of The Idea Of North: the Paintings of Lawren Harris at Toronto’s Art Gallery of Ontario on Tuesday, 28 June. The show spans the long career of the Canadian artist, whose work ranged from cityscapes to landscapes to abstraction. It opens to the public on Canada Day, 1 July.

A stripped-down version of the comprehensive survey was on view last year the Hammer Museum in Los Angeles and at Boston’s Museum of Fine Arts. “In Boston they came in throngs, in LA they came in thongs,” Martin joked in a freewheeling conversation during the preview with Andrew Hunter, the AGO’s curator of Canadian art, who co-organised the show with Martin and the Hammer's Cynthia Burlingham.

“My first encounter with Harris was in a book. I mistook him for Rockwell Kent. I thought ‘That’s the best Kent I’ve ever seen,’” Martin recalled. Kent was a contemporary of Harris’s and also travelled to far-flung places; his piece Icebergs, Greenland is included in the Toronto show. When told that the artist he was so impressed by was Lawren Harris, who is best known for his association with The Group of Seven, Martin said: “Who’s that? I thought I’d discovered this guy, only to learn he was already famous in Canada.” 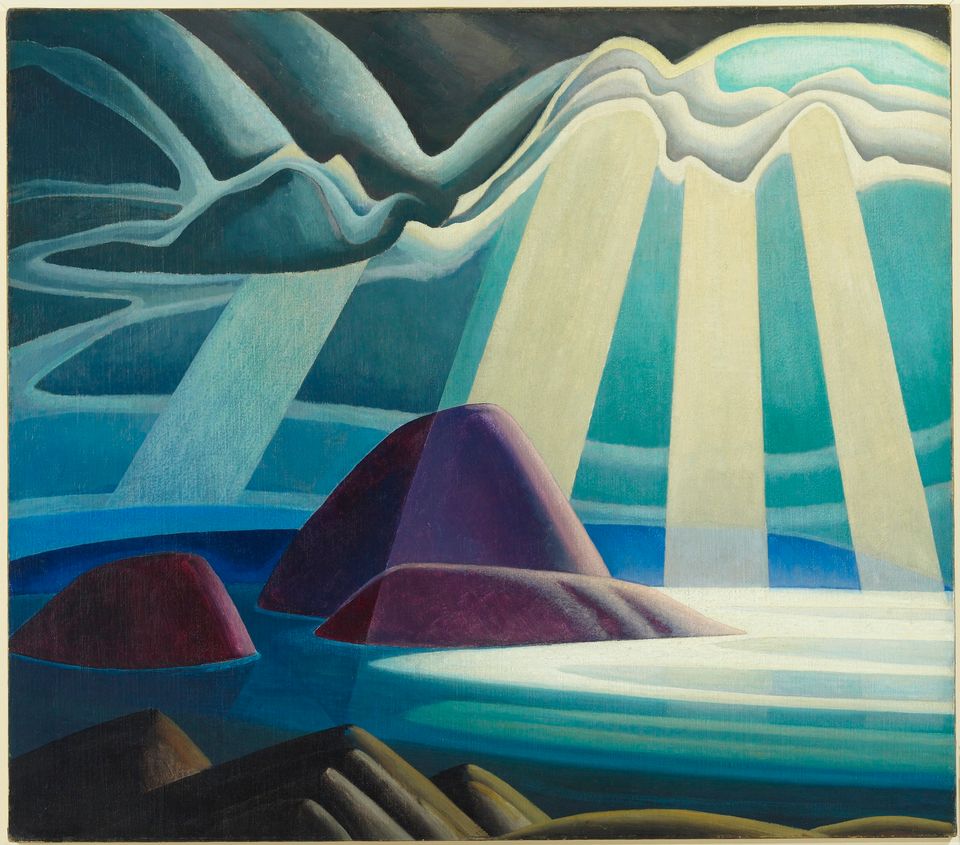 Martin’s late exposure to Harris prompted a discussion of whether there are artists that Canadians might be missing out on. “Have you heard of Vincent van Gogh?” he asked the audience. As an avid museum-goer and art collector, Martin also shared his thoughts on what distinguishes good art from bad: “A bad painting, you look at it and go, ‘What?’ A good painting, you look at it and go, ‘Wow.’”

Martin was also asked what advice he had for young artists, having been an aspiring writer and comedian before making it big in television and film. “Do everything that is offered,” he said. “Take every opportunity to show your work.” He added a note of self-awareness, however: “Though it’s easy to say never give up, sometimes you have to give up and start again.”

The biggest laugh followed a question as to why Harris, who passed away aged 85 in 1970, always seemed to be in good spirits, even saying of death: “There’s a certain amount of fun in it.” As usual, Martin had a ready reply “Harris was rich,” he said, adding more thoughtfully, “When you have a mission in life, it makes you happy.”