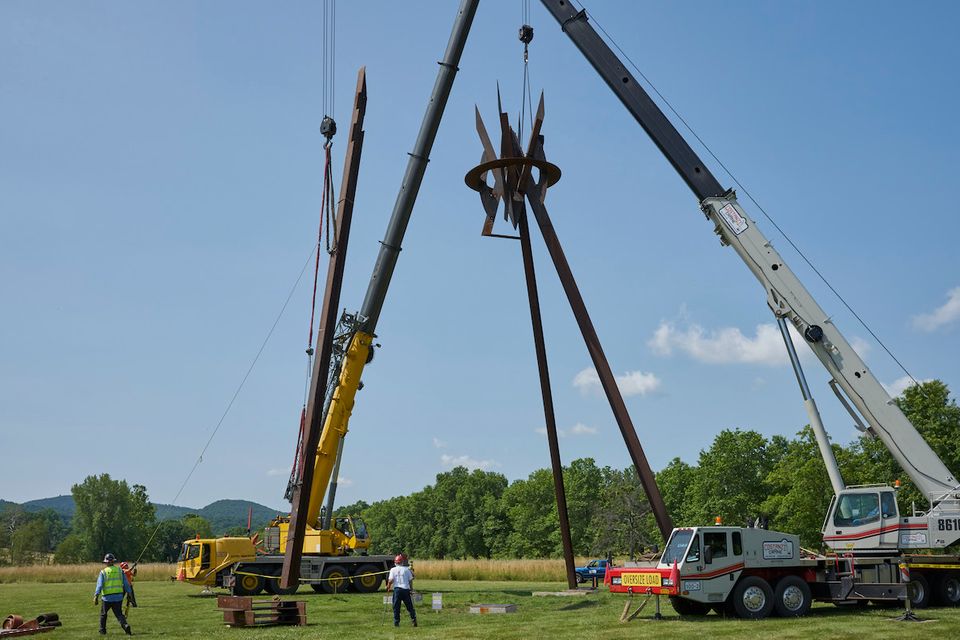 The American artist Mark di Suvero has been an intrinsic part of upstate New York’s Storm King Art Centre since the late 1960s. This past weekend, the sculpture park added another work by the artist to its panoramic vista—a piece that has never been shown in the US and the tallest that the artist devised in his career.

Called E=MC2, the nearly 100 ft-tall steel work was made between 1996-97 in the artist’s French studio in Chalon-sur-Soâne, and has been installed in Valenciennes for the past decade after being shown in Paris in the late 1990s. In New York, the work will be installed in the centre’s South Fields, where for the next three years it will be flanked by eight other large-scale sculptures from various stages of the artist’s career. 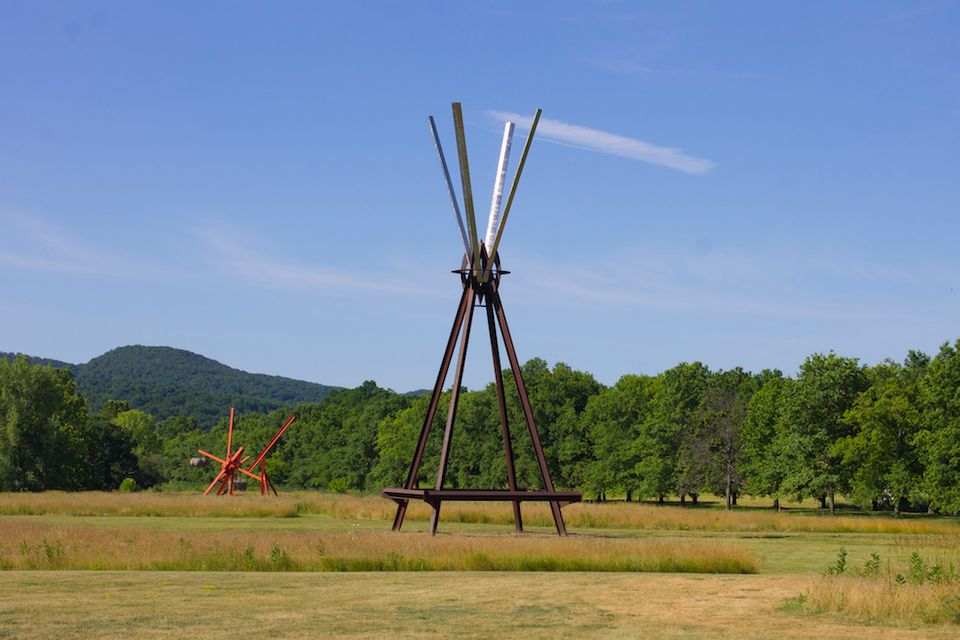 In an interview from the centre’s archive, the artist said: “Having a piece at Storm King is like having jewels in velvet. You look at it, and you feel the goodness of the landscape, of the sense of space, the sky that comes with it...”