Swiss galleries forge ahead despite the global squeeze 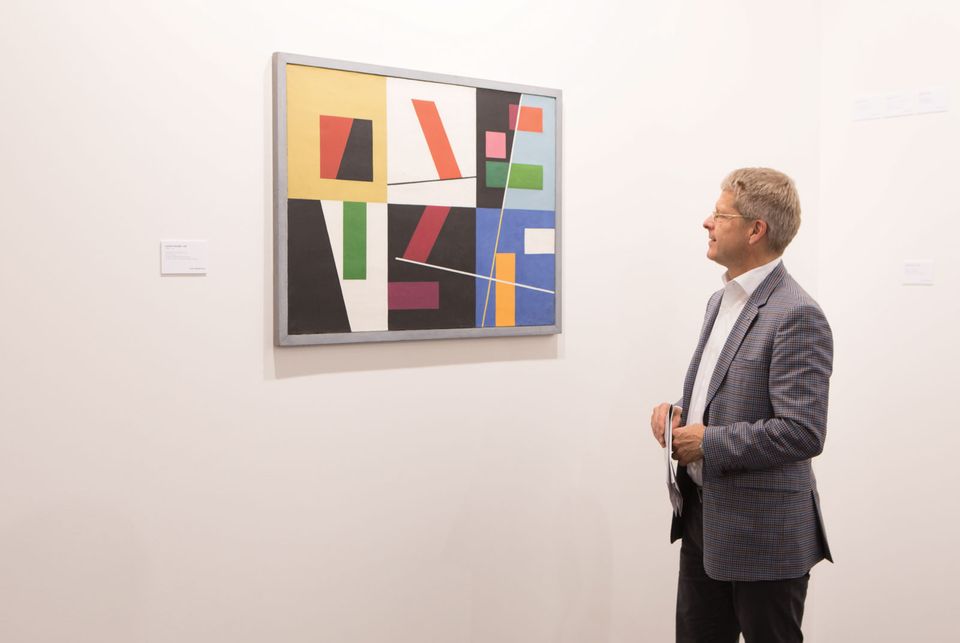 Swiss dealers have not been immune to the recent global squeeze on the middle market, with 50 galleries closing in the past five years, according to the Swiss Art Market Association. In a report published earlier this year, the organisation blamed unfavourable economic conditions in Europe and increased running costs, particularly at art fairs, as well as “the growing dominance of international auction houses and online sales”.

But galleries at Art Basel and beyond are adapting—in some cases, by setting up new commercial initiatives. The Basel-based dealer Stefan von Bartha—who says that the cost of participating in art fairs has doubled over the past ten years, rising to SFr150,000 ($150,000) at Art Basel—is allowing collectors to organise exhibitions in their homes with works from his gallery, without having to buy them.

“These shows offer a different atmosphere from a fair or gallery, and are much more relaxed,” he says. Von Bartha and his parents have exhibited at Art Basel for more than four decades. Works on his stand are priced between SFr4,500 ($4,500) and SFr1.5m ($1.5m).

Other long-standing Art Basel exhibitors from Switzerland are doing their best to fly the flag for Swiss artists at the fair. Basel-based Stampa is presenting nine Swiss artists, including: Roman Signer (Kajak auf Fässern, 2017; SFr70,000) and Gerda Steiner and Jörg Lenzlinger (Handycreep, undated, SFr9,000), who also have an exhibition at Basel’s Museum Tinguely this week (Too Early to Panic, until 23 September).

Meanwhile, the Liste art fair in Basel, which has been providing a platform for younger galleries for more than 20 years, offers stands on a means-tested basis, with costs ranging from SFr6,800 to SFr15,000. “Older galleries subsidise the younger galleries at Liste. We have been enacting David Zwirner’s suggestion for many years,” says Jacqueline Uhlmann, Liste’s head of fair management. (In April, Zwirner said that larger businesses should financially support smaller galleries at fairs.)

The newly formed, patron-backed Friends of Liste offers a SFr2,000 stipend to galleries in need of help with exhibition costs at the fair. Meanwhile, Pro Helvetia (the Swiss Arts Council) offers financial support to galleries showing work by Swiss artists at international art fairs. Art Basel offers comparable rates to Liste in its Statements sector, which costs SFr12,000 per stand. More than half of the 18 participants in this year’s sector, which is dedicated to solo projects by emerging artists, took part in Liste in 2017.

A spokeswoman for Art Basel says that the fair does not provide a breakdown of galleries by country, but notes that the number of Swiss dealers has decreased over the past 20 years “as the fair has become more global”. There are no Swiss galleries in Statements this year, but two appear in the Feature sector: Galerie Lange + Pult and Monica De Cardenas.

This support comes at a good time. Nicolas Galley, the director of the programme in art-market studies at the University of Zurich, recently told local press: “Collectors who spend SFr20,000 to SFr50,000 a year in the galleries they trust—this collector base has fallen away.”

Another challenge is whether small galleries can retain their rising stars. The art-market commentator Kuno Fischer says that mid-career artists “often switch to bigger galleries with a global presence to be represented on an international basis and in the most important art fairs”. It seems that those dealers battling to sustain a presence in the difficult middle market may not feel secure just yet.