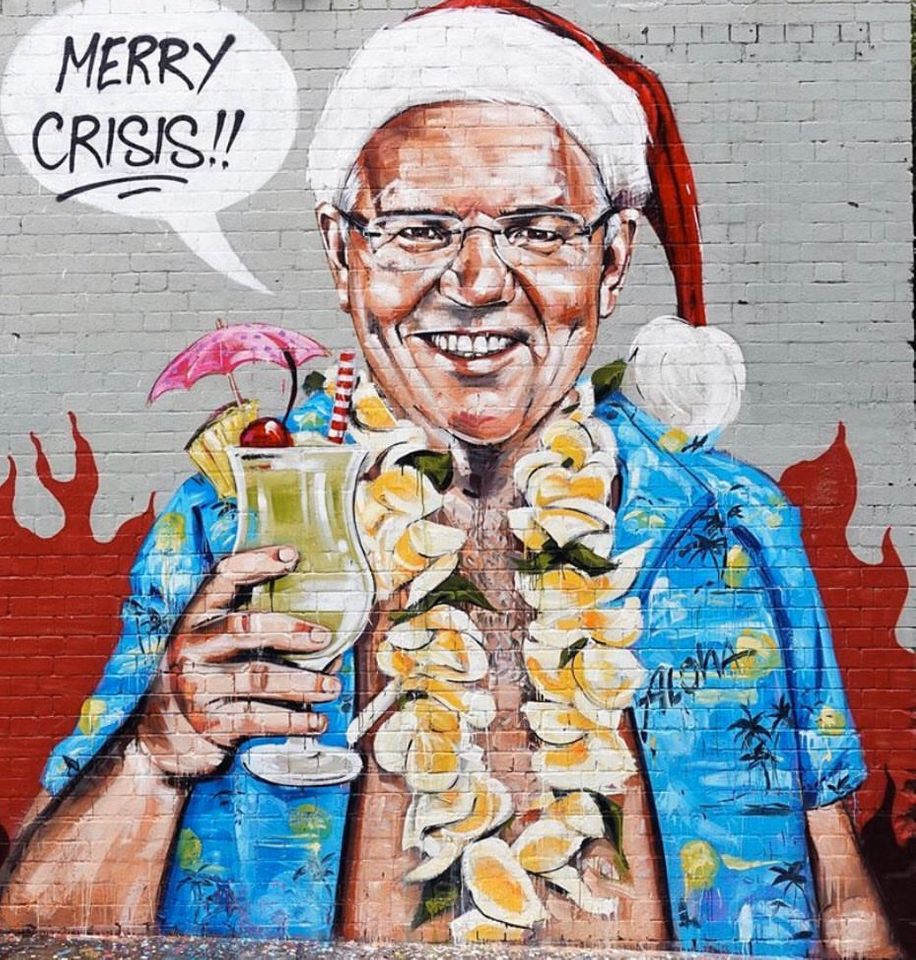 Prints and T-shirts decorated with an image of the Australian Prime Minister, Scott Morrison, dressed in a Hawaiian shirt and surrounded by flames, have so far raised more than A$50,000 for the country’s rural fire service (RFS). The artist Scott Marsh painted the controversial image on a wall in central Sydney last week but it has since been painted over.

Marsh’s mural, which shows Morrison saying “Merry Crisis”, refers to the unprecedented deadly bushfires across Australia that have burnt at least 3.4 million hectares. Morrison was widely criticised for taking a holiday in Hawaii during the crisis; he eventually returned from his vacation a day early. The Guardian reports today that a fire burning across the border of Victoria and New South Wales claimed the life of a firefighter.

Marsh posted on Instagram: “Merry Christmas from our fearless leader. #aloha #climatecrisis #bushfires #merrycrisis #siponapinacoladawhileautraliaburns.” He tells The Art Newspaper that the work was removed because the “owner of the building is a big Scomo supporter and wasn’t too impressed with the mural”. The owner of the building could not be contacted.

The money raised from the print sales will be allocated to various brigades, Marsh says, adding however: “I have done a far bit of ringing around the past few days and money going to the RFS is getting caught in the bureaucracy and not filtering down to the brigades who desperately need equipment like masks, torches, two-way radios etc.”