Born out of the 2017 Women's March, Word on the Street returns to Midtown Manhattan to co-opt public advertising space with protest art 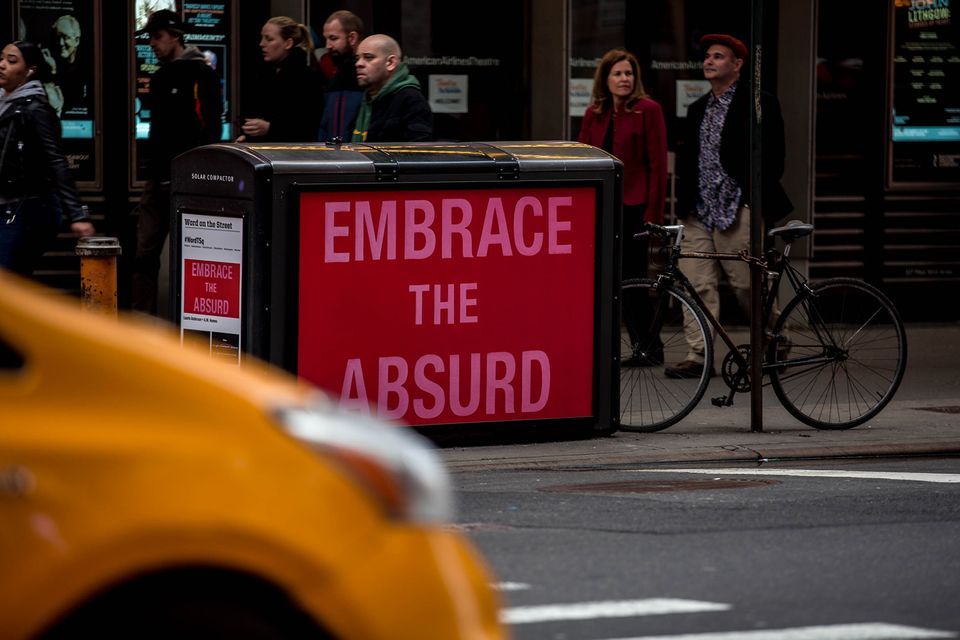 This month through August 2018, the public art organisation Times Square Arts presents the second edition of Word on the Street, an ongoing project by female artists that was inaugurated in New York last fall to bring political and poetic banners to the tourist hotspot. The spring iteration includes works by the artist Tania Bruguera and Laurie Anderson, the writer A.M. Homes and the poet Naomi Shihab Nye.

Anderson says that the aim of the project is to “sum things up with few words and in the style of ads and slogans that only ask you to agree with them, and hopefully inspire the people who just happen to pass by and look up”. Homes adds: “Thoughts are fleeting and fragmentary—slogans, catchphrases and images give us pause, prompt us to think differently and reframe the moment, [so] these banners raise questions, entertain, provoke and ask those passing to engage, respond to stay active”.

Word on the Street, which has been staged on a smaller scale at the Socrates Sculpture Park in Astoria, Queens, and other locations, was created by the artist collective House of Trees to show protest banners used in the first Women’s March of 2017. Bringing the project to Times Square is “a chance to challenge commercial culture with its own weapons”, the collective said in a statement. The show is presented in partnership with House of Trees and The Watermill Center, an interdisciplinary centre founded by the avant-garde playwright Robert Wilson.

Time Square Arts has also organised a panel that will deal with activism and public art on 19 April as part of the PEN World Voices Festival. And on 1 May, House of Trees is inviting the public to come together in Times Square with their own banners and signage as “an artistic act of participatory democracy”. 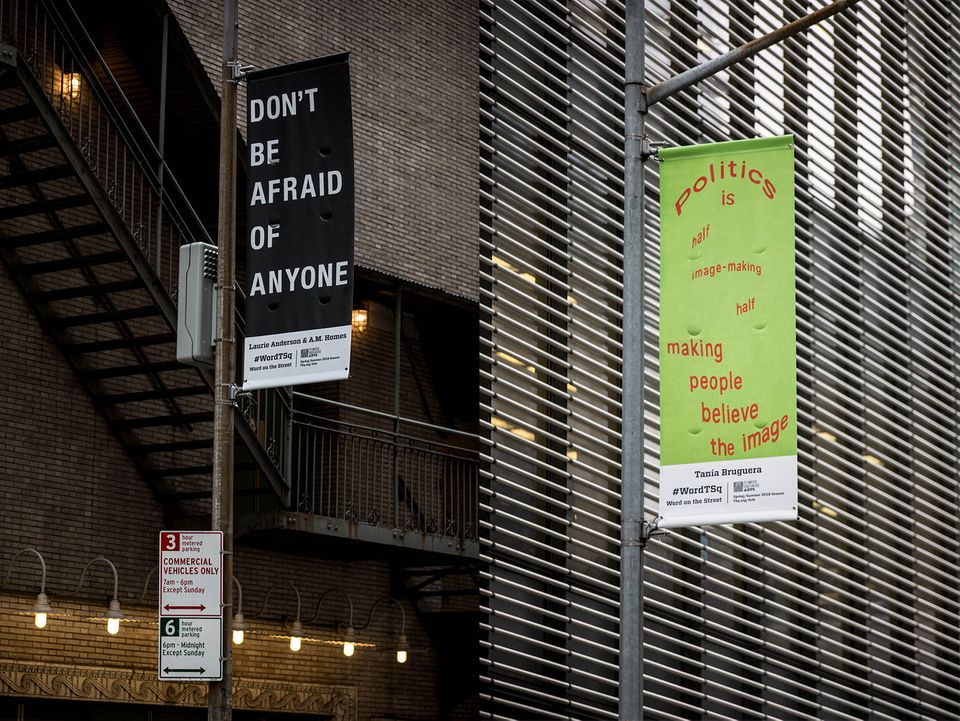