To mark the London museum’s big birthday, we have searched our archive for our favourite articles on the institution, from a critic's take on the café’s cuisine to an interview with Tate’s former director Nicholas Serota ahead of the Switch House’s opening in 2016 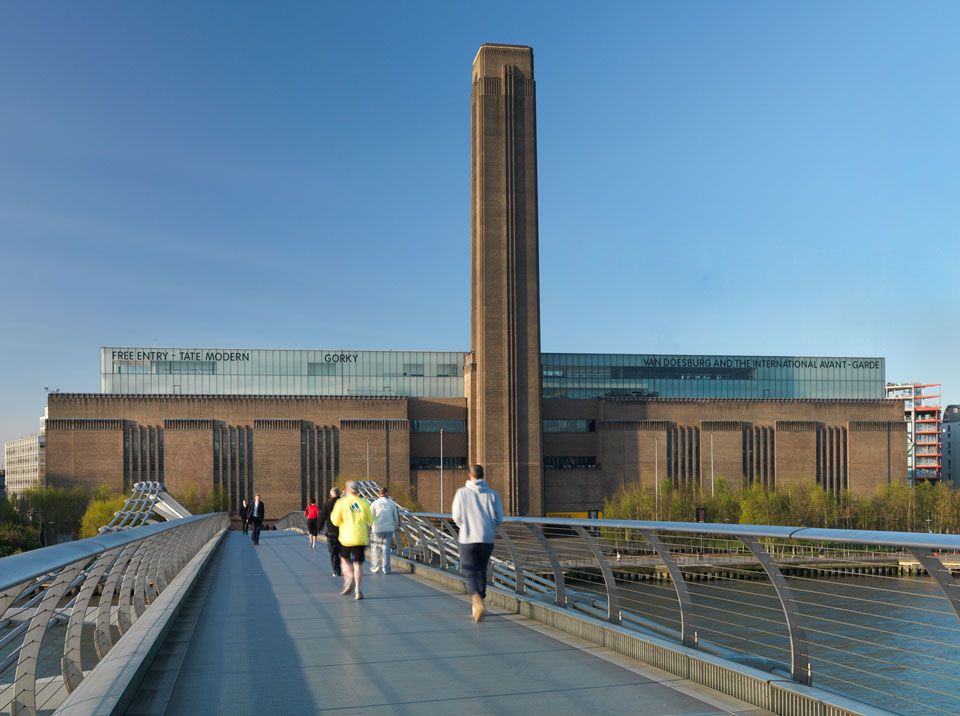 Twenty years ago today, Tate opened its new museum dedicated to Modern and contemporary art in a former power station in Bankside in South London. Tate Modern was born and would change the landscape of London’s art scene. To mark the anniversary, we have searched our archive for some of our favourite articles on the institution.

Ahead of the grand opening, we interviewed the three curators responsible for the collection’s radical thematic installation—Tate Modern director Lars Nittve, head of exhibitions and displays Iwona Blazwick, and Tate Modern senior curator Frances Morris. We also reviewed the new museum’s cafe offerings, from its excellent fish and chips to its disappointingly dry chicken breast. Since then, Tate Modern has become one of the city’s perennially most popular art spaces, leading it to further expand in 2016 with a £260m Herzog & de Meuron-designed brick-clad ziggurat known as the Switch House. The institution’s former director, Nicholas Serota, who oversaw this great transformation, spoke to us about what it took to shape a museum for the 21st century.

And before coronavirus derailed programming at museums around the world, Tate Modern had been planning to celebrate its milestone birthday with several exhibitions and special projects due to open today, including a year-long exhibition dedicated to Yayoi Kusama with one of her Infinity Mirrored Room installations, and the return of Louise Bourgeois's monumental spider Maman. While these plans have been postponed, it has not stopped the museum's many supporters from sending their congratulations over social media. "Thanks for an incredible two decades of shaping culture through bold exhibitions & diverse programming," tweeted the studio of Olafur Eliasson, whose memorable Weather Project (2003) wowed the crowds in Tate Modern's Turbine Hall.

• For more of our stories related to Tate Modern, click here