The picture is on display in Tate Britain's show Aftermath: Art in the Wake of World War One 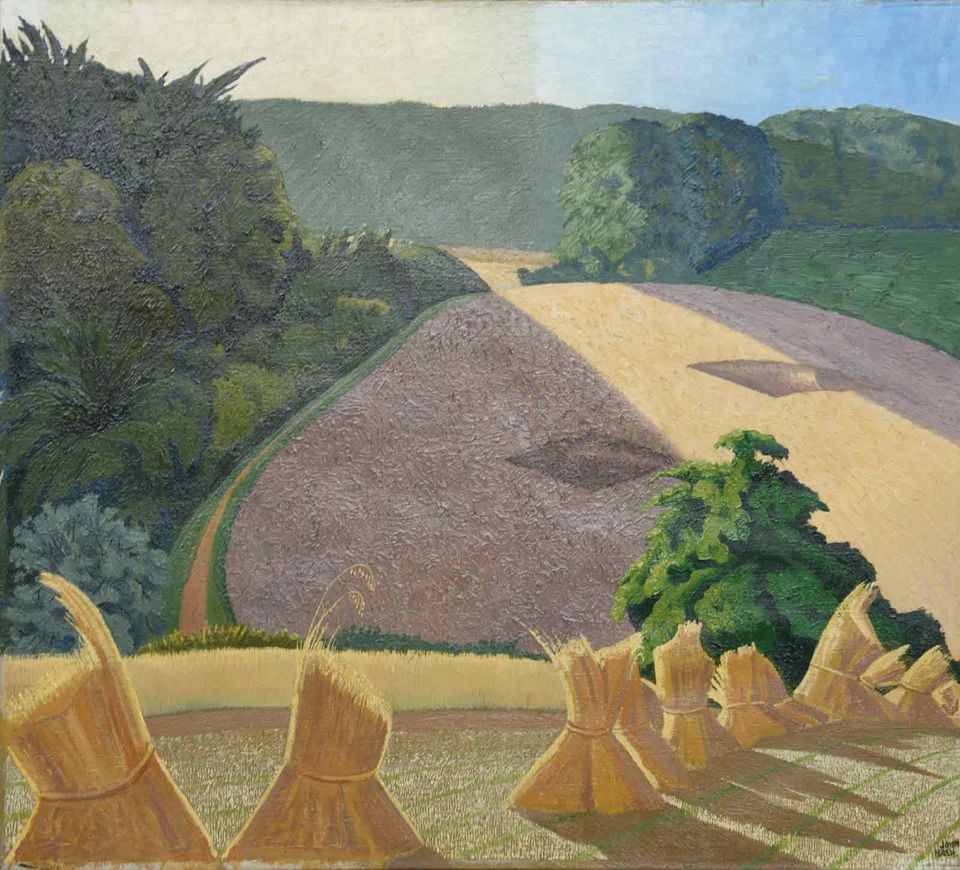 Colour and depth have been restored to John Nash’s painting The Cornfield (1918) thanks to conservators from the Tate in London. The oil-on-canvas was treated for aesthetic reasons to remove varnish, which the paintings conservator Rebecca Hellen says was not applied by the artist. The Tate has “three or four” other works by Nash in the collection that are not varnished so Hellen thinks the varnish was applied by a collector, perhaps by its former owner, the Welsh actor and composer Ivor Novello. When it entered the Tate in 1952, it had already been varnished.

The varnish had become discoloured over the years so the decision was made to remove it. “His paint was well-bound and had a rich, egg-like sheen. I felt comfortable removing the varnish because I was familiar with other works by Nash and his brother Paul, which also have a solid-looking surface,” she says. The treatment showed that the grey swath in the field is, in fact, a lovely shade of purple. “He’s cleverly used contrasting colours to suggest three-dimensionality and we’ve been able to bring this out,” she says. The restored can be seen in the exhibition Aftermath: Art in the Wake of World War One at Tate Britain, London (until 23 September).

John Nash's The Cornfield (1918) before (left) and after treatment Tate

This article was amended on 3 August to correctly attribute the painting to John Nash, rather than his brother Paul Nash