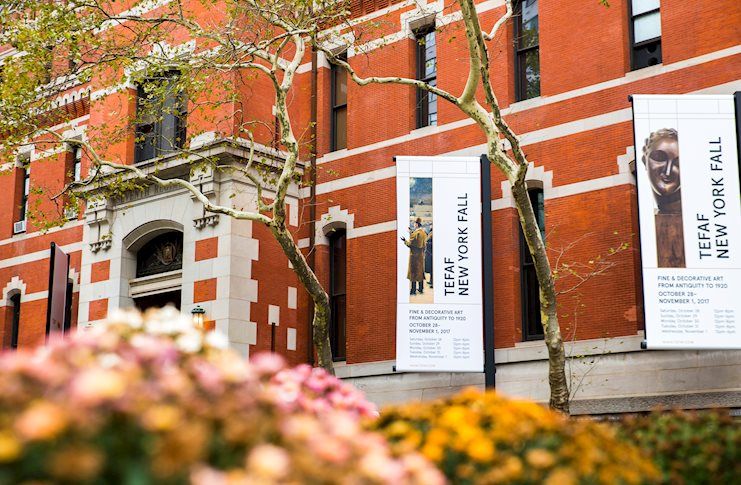 Tefaf New York Fall had been swallowed up by the delayed spring edition. Courtesy of Tefaf

The autumn is shaping up much like the spring as major art fairs, postponed by the pandemic, continue to cancel in-person events. Tefaf announced today that it will not hold its New York edition, which was due to run from 31 October to 4 November at the Park Avenue Armory. The news follows the recent cancellation of Frieze London and Frieze Masters, also scheduled for October. Tefaf exhibitors will be issued a full refund for their booth costs.

“These past few months we have been working hard to plan a socially distanced fair for the fall, taking into account the many protocols that would allow us to open a safe and successful event,” Hidde van Seggelen, the chairman of the executive committee, and managing director Sophie Scheerlinck write in a joint statement. “As much as we had hoped to hold a physical fair at the Park Avenue Armory in October, the uncertainties surrounding health and safety, the limitations on occupancy in the building, the cancelation of the vernissage, restrictions on international travel and New York City’s strict reopening plan have led us to believe that proceeding with this fair is not in the best interests of the Tefaf community.”

Tefaf New York's autumn event normally concentrated on art and antiques, from antiquity to post-war. That plan had already been scrapped to instead accommodate exhibitors who usually participate in the spring event, which features Modern and contemporary works alongside design.

The coronavirus (Covid-19) outbreak has dogged Tefaf since early March, when the decision to continue with the Maastricht edition caused controversy, particularly after the fair was shut down early when an exhibitor tested positive for the virus and a cluster of cases were subsequently reported by attendees.

The fair group has seen many high-level departures since then. Last month, Nanne Dekking stepped down as the chairman of Tefaf's executive committee to be replaced by van Seggelen and, in May, its chief executive Patrick Van Maris left after resigning at the start of the year.

An “enhanced” online initiative is underway for the fall, according to van Seggelen and Scheerlinck, details of which will be announced soon.

Art fairs in 2021—expect spring jitters, a summer crush and maybe even a return to some normality

Art fairs in 2021—expect spring jitters, a summer crush and maybe even a return to some normality