Fresh meat: painting restoration reveals that hunk of beef thought to be cooked was actually raw 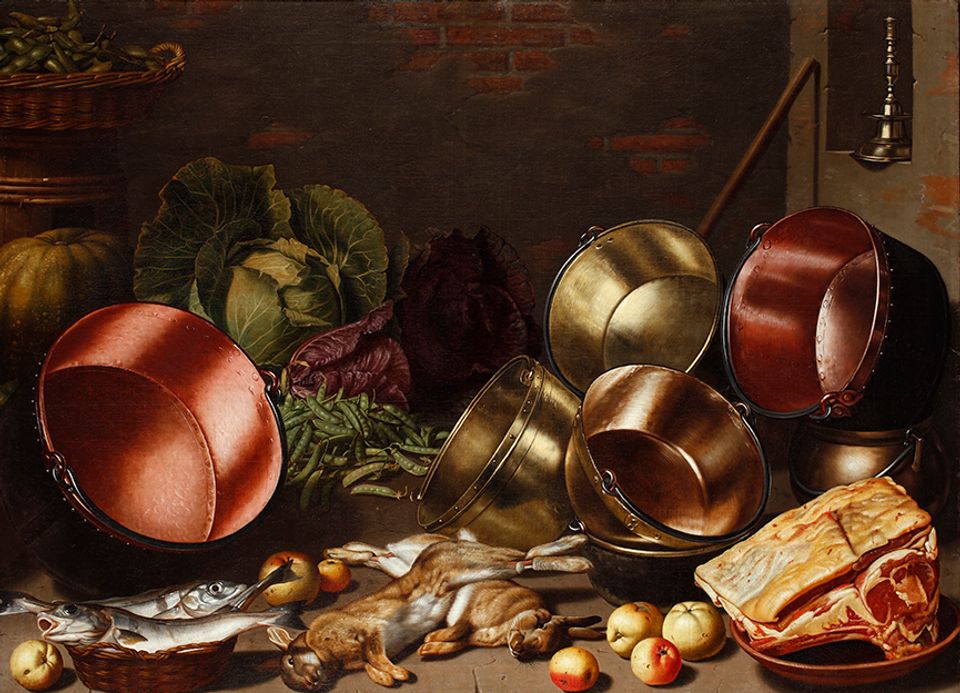 A mighty feast of roast beef ready for the table has been transformed into a glistening slab of raw meat, to the surprise of the conservators who cleaned a 400-year-old painting for an exhibition on food opening today at the Fitzwilliam Museum in Cambridge.

The view of heaped ingredients and gleaming pots and pans was made in around 1620 by the Dutch artist Floris Gerritsz van Schooten, who is renowned for his kitchen still life paintings. The work, which has been in the Fitzwilliam collection for 200 years, had a coat of discoloured varnish that appeared to show grimy utensils and a rather sooty roast sirloin with a thick layer of yellowed fat.

The conservation work, which was undertaken by Victoria Sutcliffe at the university's Hamilton Kerr Institute laboratory, shows that the shining copper and brass pans are a credit to the kitchen workers, and the pink beef is still raw, awaiting the cook's attention. 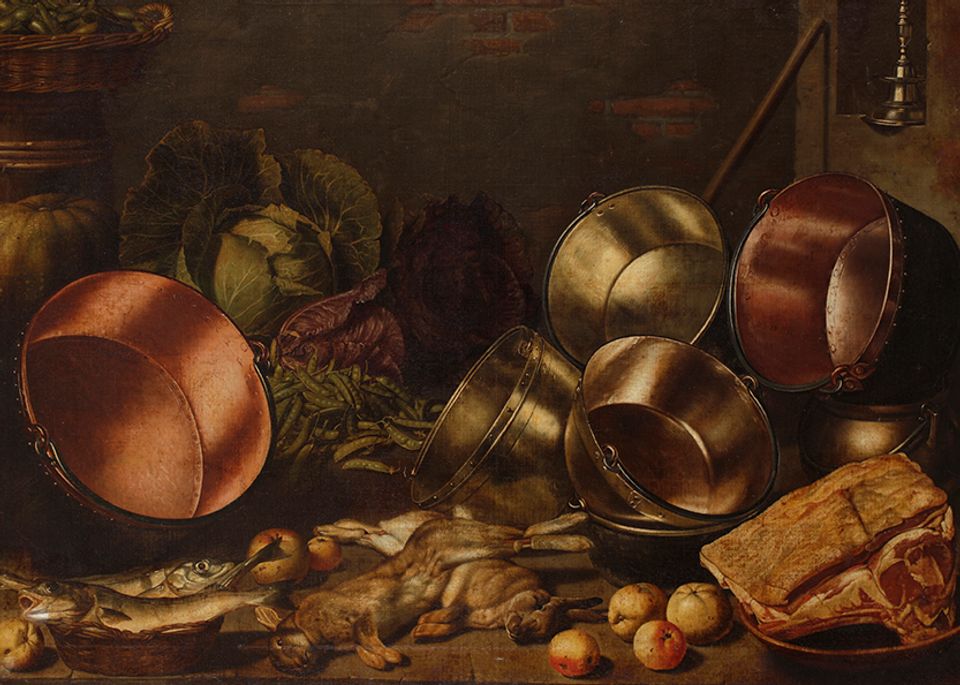 Sutcliffe's work has also revealed details that were previously barely discernible, including the scars on the lower legs of the rabbits from the snares used to trap them, and Van Schooten's initials on the stone ledge under the produce. And her work showed that the back of the canvas is a rare example of a 17th century work that escaped later re-lining, a technique to strengthen the work but which can have the effect of flattening the paint surface.

Victoria Avery, the keeper of applied arts at the Fitzwilliam and the joint curator of the exhibition, commented that the heap of autumn ingredients including fish and meat, pumpkins, cabbage and peas, also documents the range of produce available in 17th-century Haarlem, and the cooking methods used, while the well scrubbed pots testify to more than just the hard work of the kitchen staff. “All of them have sparkling insides but only some of them have shiny outsides, which reveals that they were used for different kinds of cooking over different kinds of fuel," she says. "Those pots with shiny outsides must have been used for making preserves or other food that required precise temperature control over charcoal. While the blackened pots were for cooking meat or vegetables over an open wood fire, she explained: “Burning charcoal releases carbon monoxide that reduces any oxides or other stains on copper leaving a pan’s surface remarkably clean and shiny.”

The exhibition brings together rare loans from Cambridge colleges and libraries, and private and museum collections across Cambridgeshire and beyond. Recreated feasts include a banquet of sugar sculptures fit for a Renaissance wedding made by the food historian Ivan Day. A giant pineapple, by artists Bompass and Parr, has also sprouted on the lawn outside the museum.

The Van Schooten is among many works released from decades in museum stores and specially conserved for the exhibition. Avery thinks its restoration is a revelation. “Even the best photography doesn't do it justice, as it's on such a large scale, and we've deliberately hung it low for children and wheel-chair users, so everyone can really appreciate the brilliant brushwork and painterly illusionism” she said.