The art of the teacher: on the work of Hans Hofmann

The artist at last gets the recognition it deserves, says Alexander Adams

Biographies of almost any first- or second-generation Abstract Expressionist artist almost always mention Hans Hofmann. Teaching at his own school in New York City and Provincetown during the 1930s to 1950s, Hofmann influenced a generation of artists, including Lee Krasner, Helen Frankenthaler and Joan Mitchell, as well as dozens of other significant painters. Hofmann (along with Josef Albers) was one of the most important teachers of abstract art in the US. His ideas provided an intellectual and aesthetic foundation for the rise of abstraction in mid-century America. Until now his own art has been accorded a patchy reception, which Hans Hofmann: Catalogue Raisonné of Paintings is likely only partially to remedy.

Hans Hofmann grew up in Bavaria before working in an office in Munich and studying art part-time. In 1905 he moved to Paris and came into contact with the avant-garde of the École de Paris, exhibiting infrequently and receiving little attention. At the outbreak of hostilities in 1914, Hofmann and his future wife Miz were caught in Germany and consequently lost all his Paris paintings. Those paintings were never located and only eight items before 1934 are recorded in this catalogue. The extant early still-lifes, interiors and portraits are strongly Matissean in appearance, with a marked dominance of yellow and green. Unlike Hans Purrmann, that other German disciple of Matisse, Hofmann was reluctant to show his work, preferring to teach. Teaching in Europe preoccupied Hofmann until he started to teach in the US, where he moved in 1932.

Hofmann’s best-known composition theory was “push-pull”, which describes the perceptual effects of interacting colours and shapes. The theory follows an essential Modernist tenet—that paintings are arrangements of coloured forms on flat surfaces—but describes how the traditional sensation of pictorial depth, with components seeming to project and recede, can be generated in abstract paintings dependent upon the colour, shape, size and placement of elements. Hofmann’s “slab” paintings consist of simple coloured rectangles that push out towards and pull back from the viewer. The best classic Hofmanns have a mesmerising dynamism and chromatic richness that make them essential additions to any serious collection of abstract art. Private collectors will avidly scan this impressive reference work for potential acquisitions. 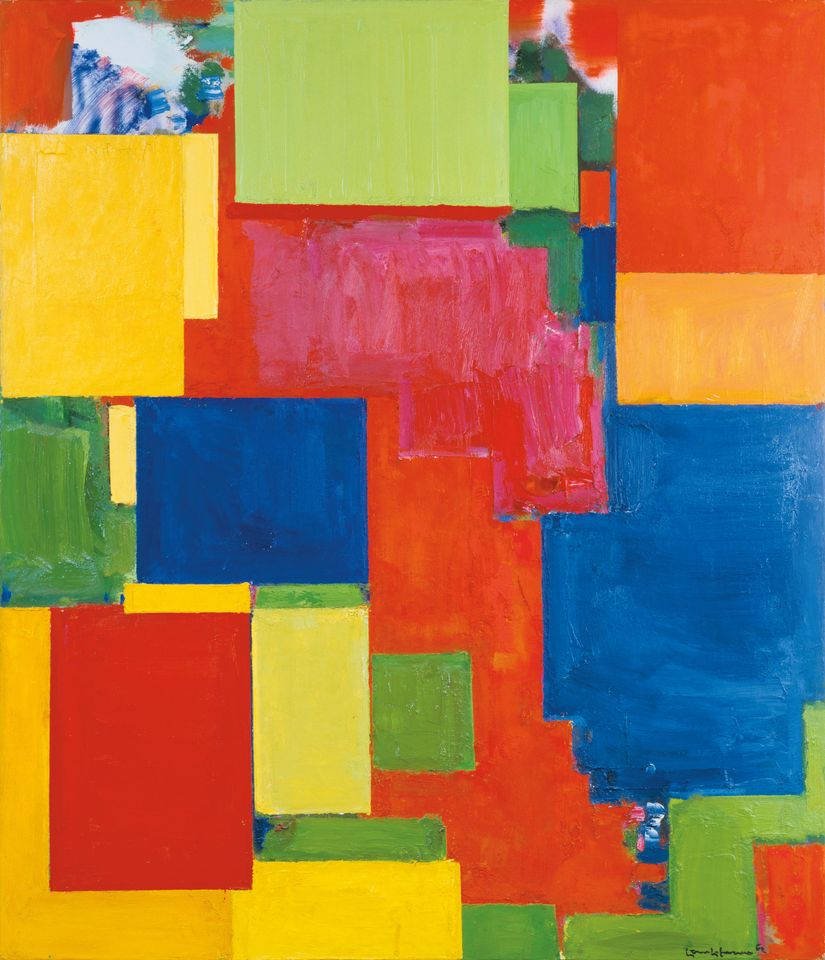 Hofmann’s reputation as a theoretician and pedagogue counted against him at a time when Action Painting principles required (often spurious) spontaneity and drama. His art was omitted from a number of important museum exhibitions of Abstract Expressionism, perhaps seeming to curators too diverse and perhaps a touch too European. Although Hofmann had his first American solo exhibition in 1944, he did not paint full time until his retirement from teaching in 1958. Since the artist’s death in 1966, the work has been undergoing a slow reappraisal, with his practice being appreciated for its originality.

The authors state in the catalogue that while all works included are deemed authentic, exclusion is not a de facto declaration of the inauthenticity of any painting. This disclaimer reflects the current legal situation in the US, where litigation has arisen over the decisions of authentication panels and this has caused estates of important artists to decline to adjudicate on the authenticity of paintings.

This three-volume catalogue presents 1,612 oil and mixed-media paintings on canvas or board and 89 palette surfaces. The first volume outlines the methodology and has a number of essays presenting different aspects of Hofmann. The remaining volumes contain the catalogued items. Much of the data comes from Hofmann’s own registers and the stock book of Sam Kootz, his dealer from 1947 to 1966.

Illustrations show the diversity of Hofmann’s technique: dabbing, slashing, scraping, dripping, and his ambitiously wide palette. Broad strokes of colour collide and overlap and more than one painting is reminiscent of Howard Hodgkin’s painting style. The plurality of styles is occasionally disconcerting, as if Hofmann’s output was a collaboration of individuals; one can understand the reservations of early curators.

Catalogues raisonnés endow artists with stature and give curators, dealers and collectors invaluable resources, but they necessarily make known less successful items in an artist’s output. This catalogue allows readers to judge Hofmann as a whole. On balance, he comes out ahead. 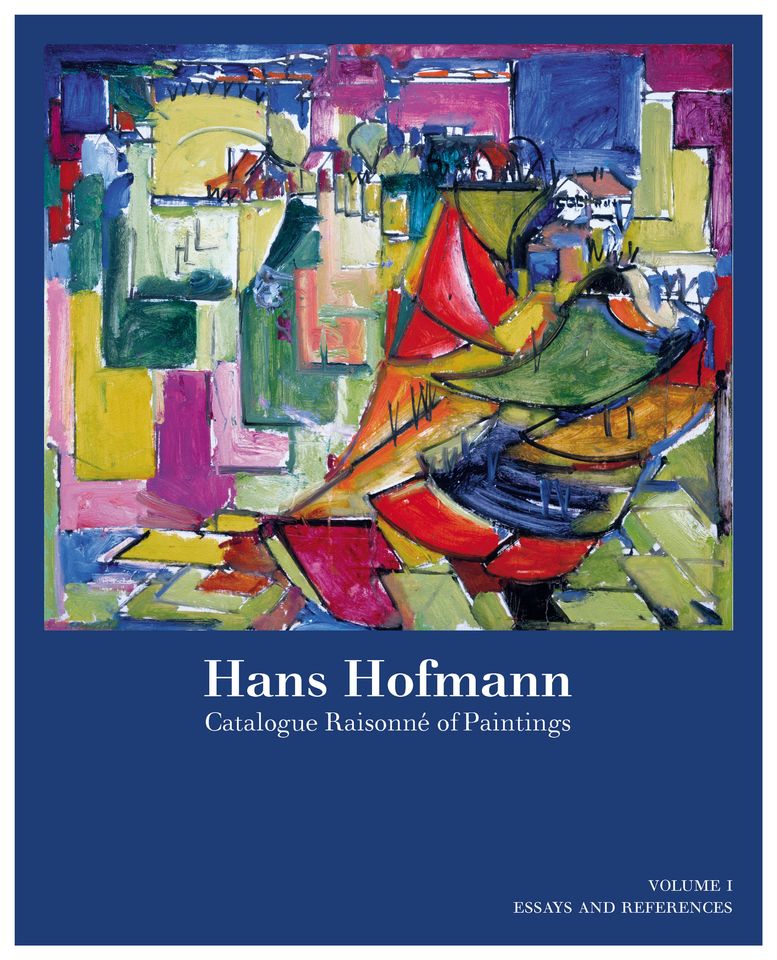 Alexander Adams is a British writer and art critic. His most recent book of poems and drawings, The Crows of Berlin, was published this year by Pig Ear Press