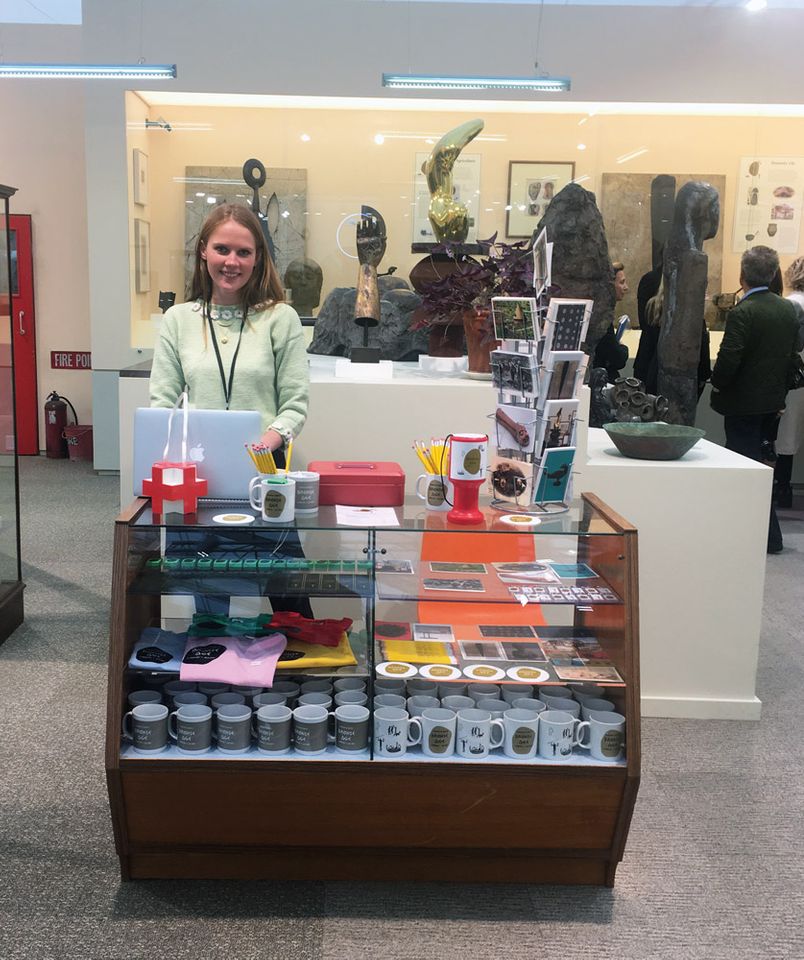 Forget the $2.75m Jeff Koons and the $2.8m Richard Artschwager that sold on Wednesday: the real hit of the fair’s preview day was the bright red Peter Blake tote bag available for free at Waddington Custot. They went “flying”, according to the gallery’s director Roxana Afshar, who says that visitors to Frieze Masters almost started fighting over the bags, which feature Blake’s distinctive handwriting. Around 450 of the 500 totes went on the first day.

On the stand shared by Luxembourg & Dayan and Gió Marconi, some smaller souvenirs can be found. Pin badges inspired by the Italian artist Enrico Baj are in the shape of an eye and a mouth of one of his trademark monsters. These are a “homage to [Baj] making badges”, says Alma Luxembourg, a partner at the gallery.

At Frieze London, in Hauser & Wirth’s mock museum, the mini gift shop has been doing brisk trade in postcards and pencils. But the children’s T-shirts priced at £9 are getting the most attention, says a spokeswoman for the gallery. “People are sad they’re not bigger,” she says. But some “smaller-sized adults” have bought the ones made for five- to six-year-olds.